Curiosity tested percussive drilling this past weekend, penetrating about two inches into a target called "Duluth." 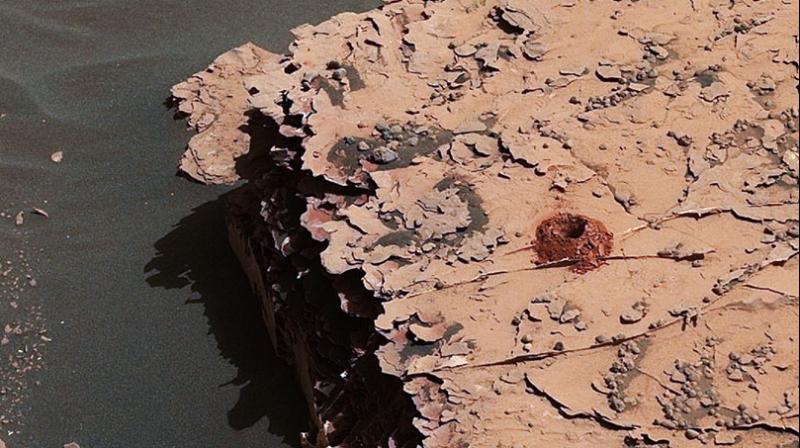 NASA's Curiosity Mars rover has successfully collected the first rock samples on the red planet in over a year, using a new way to drill rocks and extract powder from them.

Curiosity tested percussive drilling this past weekend, penetrating about two inches into a target called "Duluth."

NASA's Jet Propulsion Laboratory (JPL) in the US has been testing this drilling technique since a mechanical problem took Curiosity's drill offline in December 2016.

This technique, called Feed Extended Drilling, keeps the drill's bit extended out past two stabiliser posts that were originally used to steady the drill against Martian rocks.

It lets Curiosity drill using the force of its robotic arm, a little more like the way a human would drill into a wall at home.

"The team used tremendous ingenuity to devise a new drilling technique and implement it on another planet," said Steve Lee, Curiosity Deputy Project Manager at JPL.

"Those are two vital inches of innovation from 60 million miles away. We're thrilled that the result was so successful," said Lee.

Drilling is a vitally important part of Curiosity's capabilities to study Mars. Inside the rover are two laboratories that are able to conduct chemical and mineralogical analyses of rock and soil samples. The samples are acquired from Gale Crater, which the rover has been exploring since 2012.

Curiosity's science team has been eager to get the drill working before the rover leaves its current location near Vera Rubin Ridge. Fortunately, it was near enough to drill targets like Duluth to drive back down the ridge.