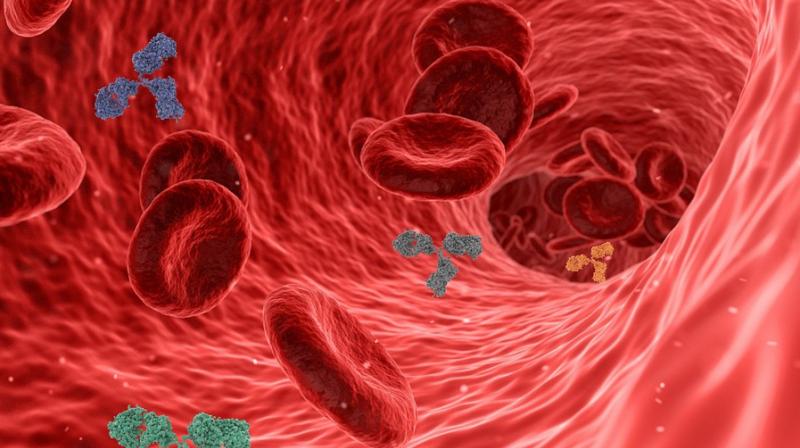 People who recover from COVID-19 are protected against the novel coronavirus for at least six months, and likely much longer, according to a study which says the immune system evolves long after the infection and may block even mutant forms of the virus such as the South African variant.

The research, published in the journal Nature, noted that antibodies are produced by immune cells that keep evolving, apparently due to a continued exposure to remnants of the virus hidden in the gut tissue.

According to the scientists, including those from Rockefeller University in the US, the study provides the "strongest evidence yet" that the immune system "remembers" the virus and, remarkably, continues to improve the quality of antibodies even after the infection has waned.

They suspect that when recovered patients next encounters the virus, the response would be both faster and more effective, preventing reinfection.

"This is really exciting news. The type of immune response we see here could potentially provide protection for quite some time, by enabling the body to mount a rapid and effective response to the virus upon re-exposure," says Michel C. Nussenzweig, a co-author of the study from Rockefeller University.

While antibodies against the coronavirus linger in the blood plasma for several weeks or months, earlier studies have shown that their levels significantly drop with time.

However, the researchers showed that instead of producing antibodies all the time, the immune system creates memory B cells that recognise the coronavirus, and quickly unleash a new round of antibodies when they encounter it a second time.

Since the novel coronavirus replicates in the cells of the lungs, upper throat, and small intestine, they suspect that residual viral particles hiding within these tissues could be driving the evolution of memory B cells.

In the current study, the scientists studied the antibody responses of 87 individuals at two timepoints -- one month after infection, and then again six months later.

Although antibodies were still detectable by the six-month point, their numbers had markedly decreased, with lab experiments revealing that the ability of the participants' plasma samples to neutralise the virus was reduced by five-fold.

In contrast, the researchers found that the patients' memory B cells -- specifically those that produce antibodies against the coronavirus -- did not decline in number.

These cells also slightly increased in some cases, the study noted.

The scientists also discovered that the memory B cells had gone through numerous rounds of mutation even after the infection resolved.

As a result, the antibodies they produced were much more effective than the originals, the study noted.

According to the researchers, these antibodies were better able to latch on tightly to the virus, and could recognise even mutated versions of it.

"The overall numbers of memory B cells that produced antibodies attacking the Achilles' heel of the virus, known as the receptor-binding domain, stayed the same," said Christian Gaebler, another co-author of the study.

"That's good news because those are the ones that you need if you encounter the virus again," Gaebler said.