What’s behind the science of memory?

The things you remember best happened when you were between 15 and 25. 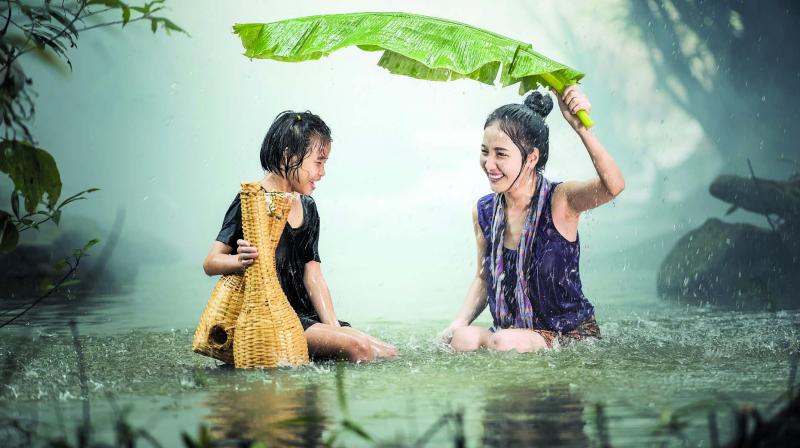 Another classic measure from the memory researcher’s canon which has been used less in this particular area is the use of the recognition factor.

Ask people about memorable things or events that happened during their lives and their recollections tend to be from between the ages of 15 and 25. It doesn’t matter if it’s current affairs, sporting or public events. Researchers in the science of memory call this the reminiscence bump — in reference to the shape it gives when we plot a curve of memories over a person’s lifespan. It is one of those rare effects in cognitive psychology that is not contested.

Neurobiological accounts propose there is something about the brain maturing that leads to information we encounter in this period being particularly well encoded. Some researchers propose we are better at recalling first-time experiences like a first kiss, first driving lesson and so on — most of which tend to happen at that age. Others suggest the reminiscence bump is part of a culturally defined period in our lives in which key experiences occur and are then shared and discussed. New research has suggested something different, that it arises because this is the period when we lay down memories and store information that will define who we are for the rest of our lives — the crystallisation of the self in memory, if you like. Researchers set out to test whether this was correct.

In pursuit of the bump
Unlike most previous research, the team didn’t want to rely on memory tests. The trouble with memory tests for the theory is that by definition, what people recall is personally significant to them. You wouldn’t expect otherwise — people don’t recall random events, and struggle to recall or even pay attention to unimportant information. Since we are bound to care about the things that shape us, of course we remember them.

You might try to get around this by asking participants to recall events or songs that meant nothing to them. But the problem is that whatever they remember couldn’t have been completely irrelevant to them. Even if that thing stuck in the mind precisely because it meant nothing to the person, this sort of defines who you are anyway. The researchers wanted to avoid this circularity.

The approach was to use another classic measure from the memory researcher’s canon which has been used less in this particular area — recognition. Instead of asking participants to freely recall material, they asked them to pick out Oscar-winning films or top-selling music singles that they remembered from a list of releases between 1950 and 2005. Basing the information on either when they first remembered experiencing the film/song or their age when it was released, the team found clear evidence of a bias towards associations between the ages of 15 and 25.

Participants were also asked to select their five favourites from the list, which was the real novelty in the study. It meant they could plot a curve over participants’ lifetime to see if the proportion of films/songs they remembered from aged 15-25 that they didn’t care about was as high as the proportion from that age on their favourites list. If non-personally significant films/songs gave a reminiscence bump shape too, the team could give up on our theory that the development of the self was the explanation and go back to it being about memory. They found that when it came to films/songs that participants didn’t favour, they were no more likely to recognise them from the 15-25 period than any other time in their lives. To make sure, in a second study in the same paper the team asked them both about which songs were their favourites and which songs they remembered something about. Even then they got the same result.

Self-indulgence
The findings suggest that the reason people remember more from that critical time in their lives is indeed because it is when their identities are forming. Things we encounter that are not relevant to our identity are simply forgotten. Our tastes and exposure to events, information and media in this time period defines us for the rest of our lives.

This doesn’t necessarily mean that the theories about reminiscence being linked to people’s memory development or cultural experience are irrelevant. There’s still the question of why certain things become personally significant to us, and those theories might still provide answers here — we may have culturally shared views of what’s likeable or important; or we may rely on memory mechanisms to retain our sense of self. What we can say is that the personal significance of something to us is a key ingredient in why we experience the reminiscence bump.