The sinking of the Indianapolis remains the Navy's single worst loss at sea. 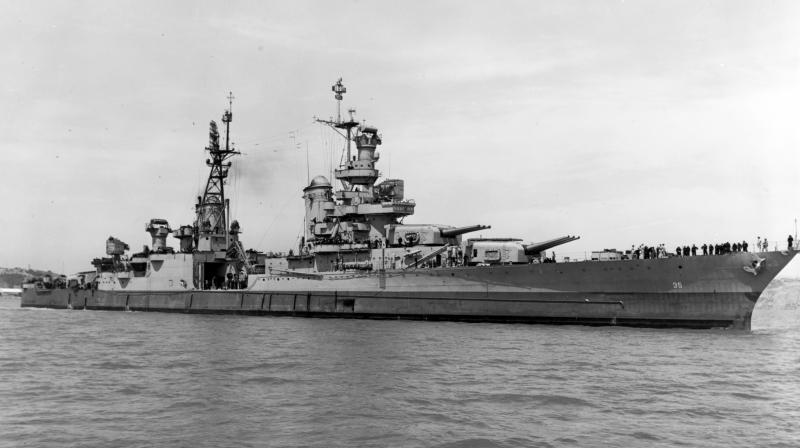 The expedition crew of Research Vessel Petrel, which is owned by Microsoft co-founder Paul Allen, says it located the wreckage of the Indianapolis on the floor of the North Pacific Ocean, more than 18,000 feet (5,500 metres) below the surface, the US Navy said in a news release Saturday.

Washington: Civilian researchers say they have located the wreck of the USS Indianapolis, the World War II heavy cruiser that played a critical role in the atomic bombing of Hiroshima before being struck by Japanese torpedoes.

The sinking of the Indianapolis remains the Navy's single worst loss at sea. The fate of its crew - nearly 900 were killed, many by sharks, and just 316 survived - was one of the Pacific war's more horrible and fascinating tales. 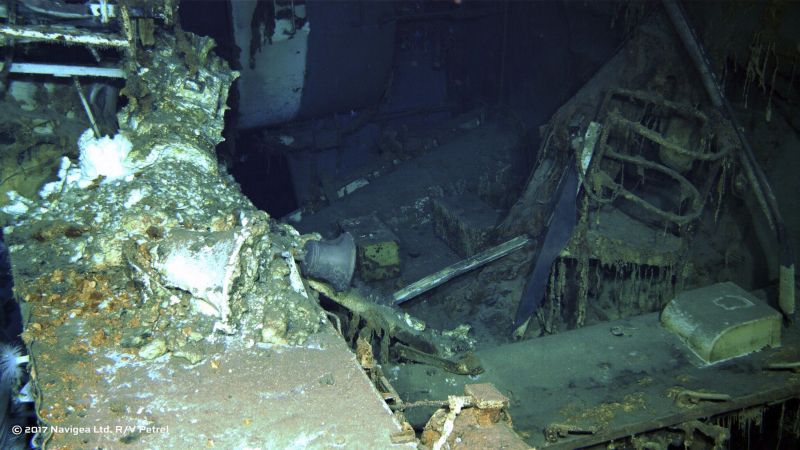 The expedition crew of Research Vessel Petrel, which is owned by Microsoft co-founder Paul Allen, says it located the wreckage of the Indianapolis on the floor of the North Pacific Ocean, more than 18,000 feet (5,500 metres) below the surface, the US Navy said in a news release Saturday.

"To be able to honor the brave men of the USS Indianapolis and their families through the discovery of a ship that played such a significant role in ending World War II is truly humbling," Allen said in the news release. 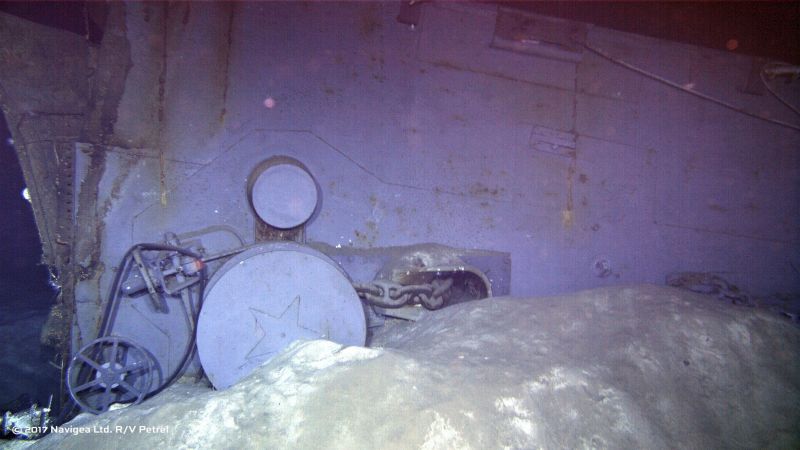 The Indianapolis, with 1,196 sailors and Marines on board, was sailing the Philippine Sea between Guam and Leyte Gulf when two torpedoes from a Japanese submarine struck just after midnight on July 30, 1945. It sank in 12 minutes, killing about 300. Survivors were left in the water, most of them with only life jackets. 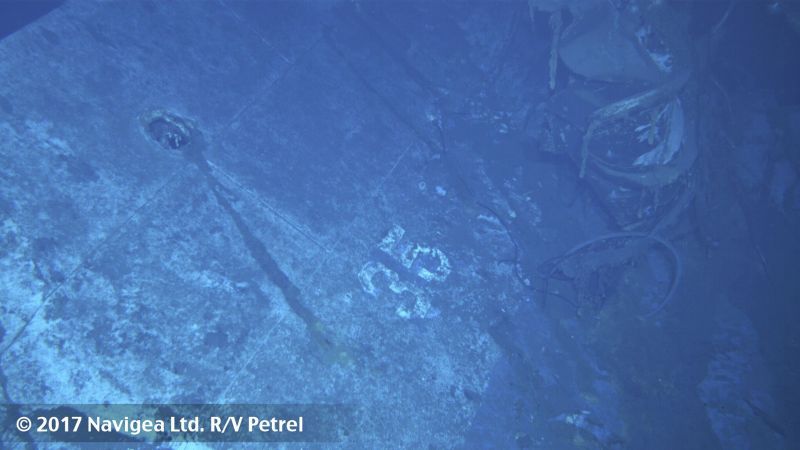 There was no time to send a distress signal, and four days passed before a bomber on routine patrol happened to spot the survivors in the water. By the time rescuers arrived, a combination of exposure, dehydration, drowning and constant shark attacks had left only one-fourth of the ship's original number alive. 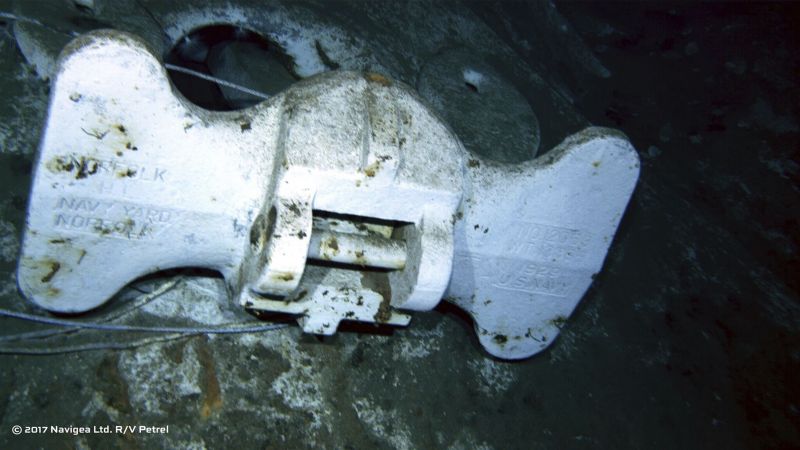 Over the years numerous books recounted the ship's disaster and its role in delivering key components of what would become the atomic bomb "Little Boy" to the island of Tinian, the take-off point for the bomber Enola Gay's mission to Hiroshima in August 1945. Documentaries and movies, most recently "USS Indianapolis: Men of Courage" (2016) starring Nicolas Cage, have recounted the crew's horror-filled days at sea. The Indianapolis sinking also was a plot point in the Steven Spielberg blockbuster "Jaws" (1975), with the fictitious survivor Capt. Quint recounting the terror he felt waiting to be rescued.

The Navy news release issued Saturday said a key to finding the Indianapolis came in 2016 when Richard Hulver, a historian with the Naval History and Heritage Command, determined a new search area. Hulver's research identified a naval landing craft that had recorded a sighting of the Indianapolis the day before it sank. The research team developed a new search area, although it was still 600 square miles of open ocean. 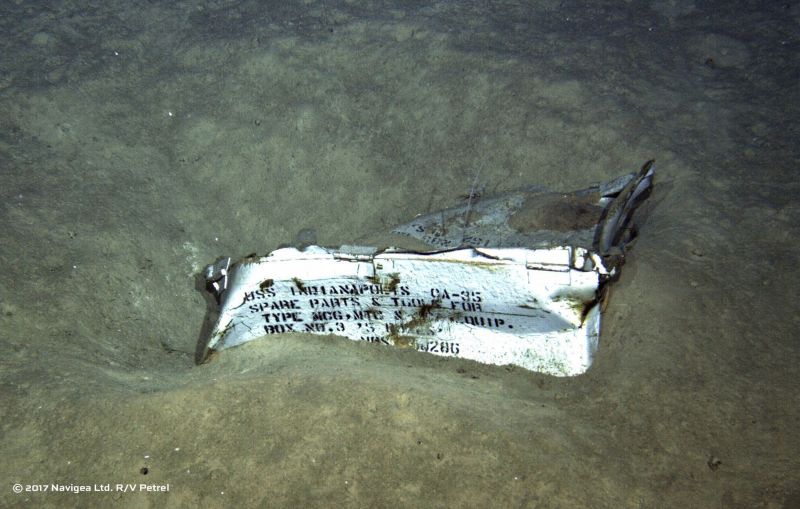 The Navy said the 13-person expedition team on the R/V Petrel was surveying the Indianapolis site. The team's work has been compliant with U.S. law regarding a sunken warship as a military grave not to be disturbed, according to the Navy. The wrecked ship remains the property of the Navy and its location is both confidential and restricted, it said.