A Russian and an American blasted off from the Baikonur cosmodrome in Kazakhstan. 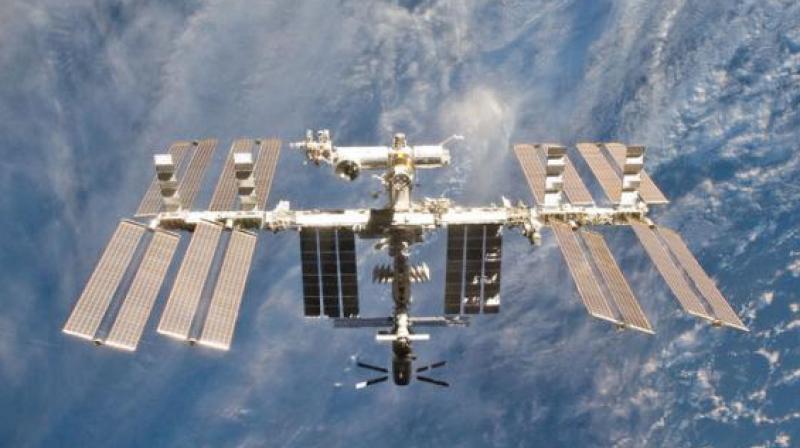 A Russian and an American blasted off from the Baikonur cosmodrome in Kazakhstan on Thursday, the first two-person launch to the International Space Station in over a decade.

The Soyuz MS-04 spacecraft carrying veteran Russian cosmonaut Fyodor Yurchikhin and NASA rookie Jack Fischer shot into the sky in bright conditions at 0713 GMT. Russian space agency Roscosmos said the launch had been successful and that the crew was expected to arrive at the ISS at 1323 GMT. Manned launches to the ISS usually involve three crew members.

But Russian space agency Roscosmos announced last year that in the near future only two cosmonauts would be on board the ISS rather than three as has been the case in recent times.

The agency explained it is seeking to cut costs on supply missions prior to the installation of a new module to expand the Russian section of the orbital lab at the end of 2017 or in early 2018. Another Russian-American duo, Yuri Malenchenko and Edward Lu, undertook the last two-man mission to the ISS, in April 2003.

Yurchikhin and Fischer are set to complete a five-month mission at the station and should join three astronauts, including NASA's Peggy Whitson, on the orbital laboratory.

In an emotional interview with NASA TV, Fischer, a 43-year-old former US air force pilot, said he would be "thinking about Dad" as he enters orbit. When dying from cancer, Fischer said, his father encouraged him to pursue his dream of becoming an astronaut.

Yurchikhin, 58, has racked up 537 days in space over the course of four missions to the ISS, more than any US astronaut but some way short of the 879 days logged by record-holding compatriot Gennady Padalka.

Fischer and Yurchikhin will be on board the ISS to witness Whitson break the 534-day American record for cumulative days in space previously held by Jeff Williams.

US President Donald Trump and daughter Ivanka Trump are expected to congratulate Whitson on her achievement in an Earth-to space call on Monday, according to NASA.

Whitson also became the first woman to take charge of the ISS twice, having inherited command of the lab for the first time from Yurchikhin in 2007. She will return to earth in early September with both Fischer and Yurchikhin after NASA decided to extend her stay in space by three months.

France's Thomas Pesquet and Oleg Novitsky of Roscosmos will be the next members of the ISS crew to return to Earth, with a landing scheduled for early June. Russia is currently the only country executing manned space flights to the ISS, despite its space industry having suffered a string of setbacks and launch failures in recent years.

The ISS laboratory, a rare example of American and Russian international cooperation, has been orbiting Earth at about 28,000 kilometres per hour (17,000 miles per hour) since 1998.