US tests nuclear power system to sustain astronauts on Mars 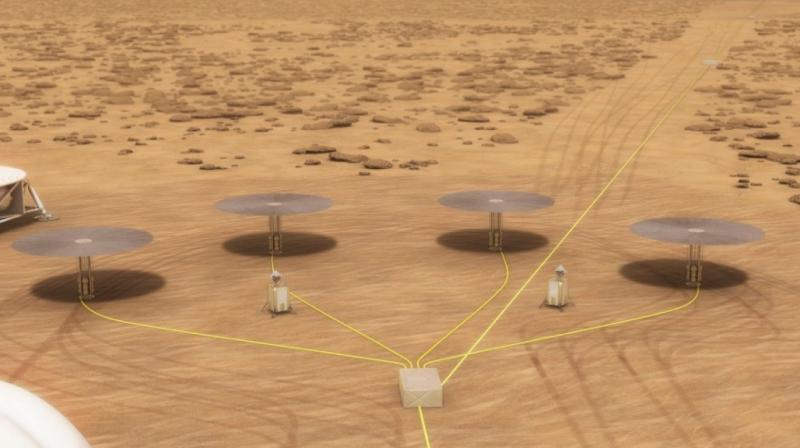 The technology could power habitats and life-support systems, enable astronauts to mine resources, recharge rovers and run processing equipment to transform resources such as ice on the planet into oxygen, water and fuel. (Photo: NASA)

Initial tests in Nevada on a compact nuclear power system designed to sustain a long-duration NASA human mission on the inhospitable surface of Mars have been successful and a full-power run is scheduled for March, officials said on Thursday.

National Aeronautics and Space Administration and US Department of Energy officials, at a Las Vegas news conference, detailed the development of the nuclear fission system under NASA’s Kilopower project.

Months-long testing began in November at the energy department’s Nevada National Security Site, with an eye towards providing energy for future astronaut and robotic missions in space and on the surface of Mars, the moon or other solar system destinations.

A key hurdle for any long-term colony on the surface of a planet or moon, as opposed to NASA’s six short lunar surface visits from 1969 to 1972, is possessing a power source strong enough to sustain a base but small and light enough to allow for transport through space.

“So Kilopower’s compact size and robustness allows us to deliver multiple units on a single lander to the surface that provides tens of kilowatts of power,” Jurczyk added. Testing on components of the system, dubbed KRUSTY, has been “greatly successful -- the models have predicted very well what has happened, and operations have gone smoothly,” said Dave Poston, chief reactor designer at the Los Alamos National Laboratory.

Officials said a full-power test will be conducted near the middle or end of March, a bit later than originally planned. NASA’s prototype power system uses a uranium-235 reactor core roughly the size of a paper towel roll.

President Donald Trump in December signed a directive intended to pave the way for a return to the moon, with an eye towards an eventual Mars mission. Lee Mason, NASA’s principal technologist for power and energy storage, said Mars has been the project’s main focus, noting that a human mission likely would require 40 to 50 kilowatts of power.

The technology could power habitats and life-support systems, enable astronauts to mine resources, recharge rovers and run processing equipment to transform resources such as ice on the planet into oxygen, water and fuel. It could also potentially augment electrically powered spacecraft propulsion systems on missions to the outer planets.