Astronomers discovered the first planet orbiting a star other than the sun in 1995. 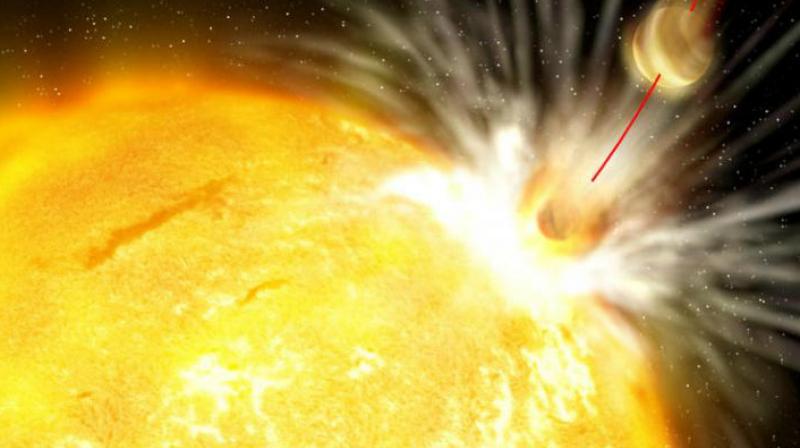 Since 1995, over two thousand exoplanets have been identified.

Earth's Sun, which may have ‘eaten up’ some of its planets?

"It doesn't mean that the Sun will 'eat' the Earth any time soon," said Jacob Bean, assistant professor at the University of Chicago in the US.

"But our discovery provides an indication that violent histories may be common for planetary systems, including our own," said Bean.

Unlike the artificial planet-destroying Death Star in the movie "Star Wars," this natural version could provide clues about how planetary systems evolve over time, researchers said.

Astronomers discovered the first planet orbiting a star other than the sun in 1995. Since then, more than two thousand exoplanets have been identified.

Rare among them are planets that orbit a star similar to Earth's sun. Due to their extreme similarity to the Sun, these so-called solar twins are ideal targets for investigating the connections between stars and their planets.

Bean and his colleagues studied star HIP68468, which is 300 light years away, as part of a multi-year project to discover planets that orbit solar twins.

It is tricky to draw conclusions from a single system, said Megan Bedell, a UChicago doctoral student.

Computer simulations show that billions of years from now, the accumulated gravitational tugs and pulls between planets will eventually cause Mercury to fall into the sun, said Debra Fischer, a professor of astronomy at Yale University who was not involved in the research.

"This study of HIP68468 is a post-mortem of this process happening around another star similar to our Sun. The discovery deepens our understanding of the evolution of planetary systems," said Fischer.

Using the 3.6-metre telescope at La Silla Observatory in Chile, the research team discovered its first exoplanet in 2015.

The more recent discovery needs to be confirmed, but includes two planet candidates - a super Neptune and a super Earth.

Their orbits are surprisingly close to their host star, with one 50 per cent more massive than Neptune and located at a Venus-like distance from its star, researchers said.

The other, the first super Earth around a solar twin, is three times the Earth's mass and so close to its star that its orbit takes just three days, they said.

"These two planets most likely didn't form where we see them today," Bedell said.

Instead, they probably migrated inward from the outer parts of the planetary system. Other planets could have been ejected from the system - or ingested by their host star.

HIP68468's composition points to a history of ingesting planets. It contains four times more lithium than would be expected for a star that is 6 billion years old, as well as a surplus of refractory elements - metals resistant to heat and that are abundant in rocky planets.