The problem involves a motor in the rover's drill that is used to bore into rocks. 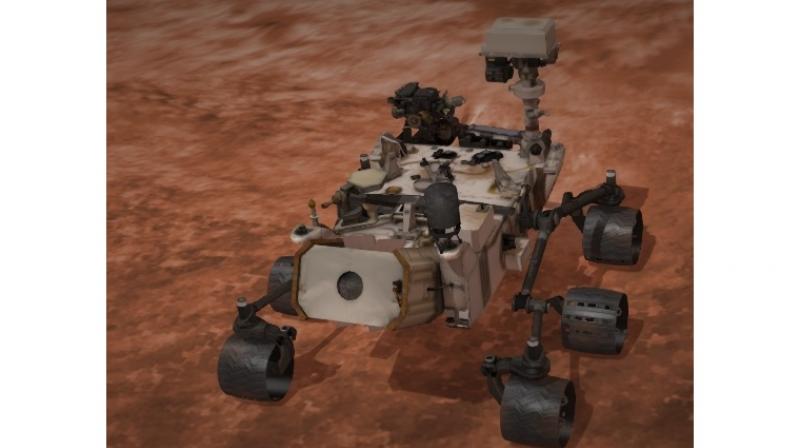 Curiosity has been taking pictures and tracking the weather, but doing little else for the past two weeks. (Photo: NASA)

Engineers are troubleshooting a snag on NASA's Curiosity that's preventing the rover from moving its robotic arm and driving to another spot on Mars, the space agency said Tuesday.

The problem involves a motor in the rover's drill that is used to bore into rocks. Curiosity has been taking pictures and tracking the weather, but doing little else for the past two weeks.

"We're keeping busy with using the other instruments on the rover while they do these tests," said Ashwin Vasavada, project scientist at the NASA Jet Propulsion Laboratory, which manages the mission.

The team gave a health update on Curiosity while discussing research findings at the American Geophysical Union meeting in San Francisco.

Since landing in Mar's Gale Crater in 2012, Curiosity has uncovered geologic evidence of an ancient environment that could have supported primitive life early in the red planet's history.

It clocked nine miles (15 km) since landing, arriving two years ago at its main target - a Martian mountain dubbed Mount Sharp - where it plans to climb to higher and younger rock formations.

Before the snag, the six-wheel rover found more evidence of a watery history on the slopes of Mount Sharp including the presence of certain chemicals that suggests a warmer and wetter past unlike the current frigid, harsh environment.

As NASA diagnosed Curiosity, the long-lived Opportunity rover has been surveying the rim of a huge crater near the Martian equator. Opportunity landed on Mars in 2004 and has outlasted its twin, Spirit, which lost contact after seven years of exploration.

Mars was supposed to get another visitor this year, but a European Space Agency spacecraft crashed while trying to land in October. The mission was not all lost: A companion spacecraft successfully slipped into orbit around Mars, joining five others currently circling overhead.