This is one of the largest known structures in the neighbourhood of the universe, 4,000 million light-years away from Earth. 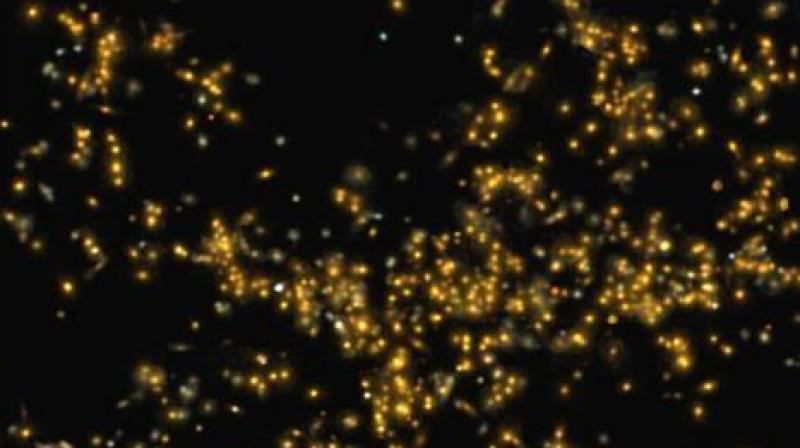 A team of Indian astronomers has discovered an extremely large supercluster of galaxies --as big as 20 million billion suns -- which they have named Saraswati, Pune-based Inter University Centre for Astronomy and Astrophysics (IUCAA) said today.

This is one of the largest known structures in the neighbourhood of the universe, 4,000 million light-years away from Earth and roughly more than 10 billion years old, IUCAA said.

Its mass extends over the scale of 600 million light years, it said.

Scientists of this institute were also involved in the path-breaking discovery of gravitational waves last year.

The supercluster was discovered by Shishir Sankhyayan, a PhD student at the Indian Institute of Science Education and Research (IISER), Pune, Pratik Dabhade, IUCAA research fellow, Joe Jacob of the Newman College, Kerala, and Prakash Sarkar of the National Institute of Technology, Jamshedpur.

Their findings were published in the latest issue of The Astrophysical Journal, the premier research journal of the American Astronomical Society.

"Superclusters are the largest coherent structures in the cosmic web. They are a chain of galaxies and galaxy clusters, bound by gravity, often stretching to several hundred times the size of clusters of galaxies, consisting of tens of thousands of galaxies," the IUCAA said in a statement.

Sankhyayan said this "newly-discovered Saraswati supercluster" extends over a scale of 600 million light-years and may contain the mass equivalent of over 20 million billion suns.

Joydeep Bagchi from IUCAA, the lead author of the paper in the journal, and co-author Sankhyayan said they were "astonished to spot this giant wall-like supercluster of galaxies", visible in a large spectroscopic survey of distant galaxies, known as the Sloan Digital Sky Survey.

Sankhyayan said the data was then analysed, following which the discovery was made.

"This supercluster is clearly embedded in a large network of cosmic filaments traced by clusters and large voids," Bagchi said.

He said previously "only a few comparatively large superclusters" had been reported, such as the Shapley Concentration or the Sloan Great Wall in the nearby universe.

The two hoped that the work would help shed light on "perplexing questions" like how such matter-density clusters had been formed billions of years ago.