There was no immediate explanation for the launch attempt being called off. 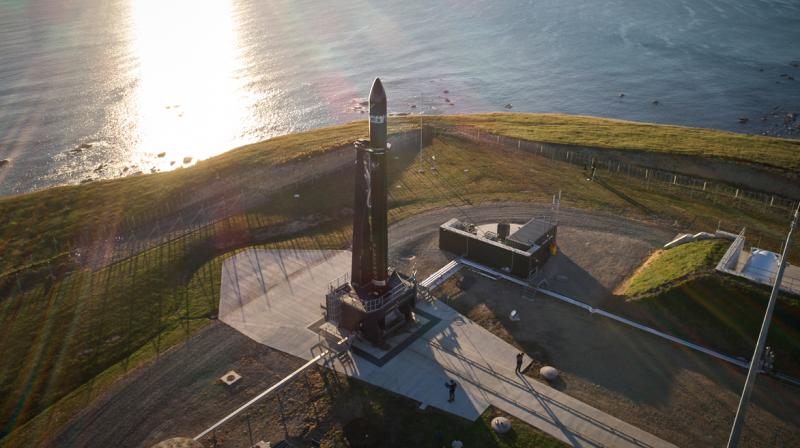 The 17-meter (56-foot) rocket had three satellites on board for Tuesday's launch, each about the size of a shoebox.

A space launch was scrubbed Tuesday from a remote launch site in after an engine glitch caused engineers to abort the flight.

The command to abort came two seconds after the engine of the Rocket Lab Electron rocket fired on its launch pad at on 's east coast. There was no immediate explanation for the launch attempt being called off, although mission control said the problem was reported as the engine built toward liftoff.

In a tweet, Rocket Lab said the launch of the rocket nicknamed "'Still Testing' (was) scrubbed for the day while team reviews data."

It said in a statement that the weather was not expected to be favorable for a launch on Wednesday, so a new launch would be attempted "no earlier than" Thursday afternoon.

The 17-meter (56-foot) rocket had three satellites on board for Tuesday's launch, each about the size of a shoebox.

Founded by New Zealander Peter Beck, the company last May reached space with its first test launch, only to abort the mission when a communication glitch occurred.

Rocket Lab has official approval to conduct three test launches and sees an emerging market in delivering lots of small devices, some not much bigger than a smartphone, into low Earth orbit.

The satellites would be used for everything from monitoring crops to providing internet service.

The company hopes to begin commercial launches next year and eventually launch one rocket every week.