The startup has so far raised Rs 31.5 crore till now and is in the process of raising another Rs 90 crore before 2021 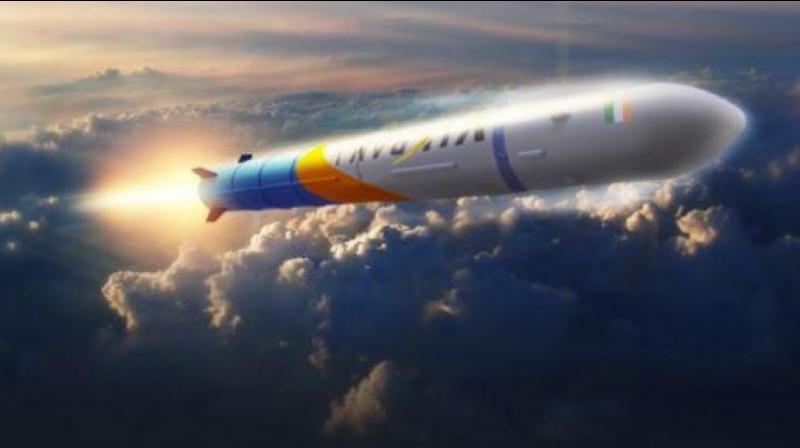 Hyderabad: SkyrootAerospace, a city- based startup has successfully test-fired  its upper stage rocket engine named 'Raman, which can place multiple satellites into orbit, a top official of the firm said on Thursday.

The company was tightlipped on when the rocket engine was test-fired.

"We demonstrated India's first 100 per cent 3D-printed Bi-Propellant Liquid Rocket Engine injector. Compared to traditional manufacturing this reduced the overall mass by 50 per cent, reduced total number of components and lead time by 80 per cent. The engine is capable of multiple restarts enabling them to insert various satellites into multiple orbits in a single mission," Pawan Kumar Chandana, Co-Founder and CEO, Skyroot Aerospace said.

Two of the firm's rocket stages are getting ready for test firing in six months, he added.

Skyroot has developed in-house software for launch vehicle guidance, navigation and control functions and testing for onboard avionics modules is in progress and the firm is targeting its first launch vehicle in December 2021, Naga Bharath Daka, Co-Founder and Chief Operating Officer, Skyroot said.

"Our first launch vehicle 'Vikram-I' which is under manufacturing and targeting launch in Dec 2021, hosts an Orbit Adjustment Module (OAM) at the top which gives the final burn and inserts multiple satellites into space. In an 'Indias first', we successfully test-fired its liquid engine," he said.

"We are already in active discussions with ISRO for testing activities. We look forward to utilizing ISROs launch ranges for our launch," he added.

The startup has so far raised Rs 31.5 crore till now and is in the process of raising another Rs 90 crore before 2021.