2D mangets discovery opens up a world of potential applications

Magnetic materials form the basis of technologies that play increasingly pivotal roles in our lives today. 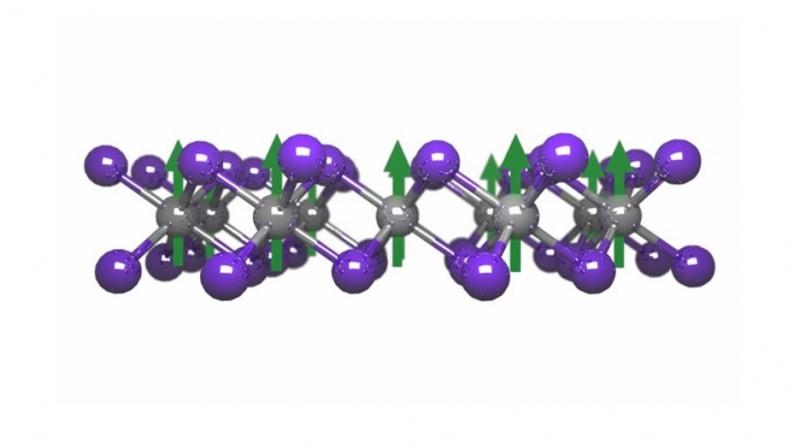 Scientists have for the first time discovered two-dimensional magnets that are formed by a single layer of atoms and may pave the way for more compact and efficient devices.

Magnetic materials form the basis of technologies that play increasingly pivotal roles in our lives today, including sensing and hard-disk data storage.

For smaller and faster devices, researchers are seeking new magnetic materials that are more compact, more efficient and can be controlled using precise, reliable methods.

A team led by the University of Washington (UW) and the Massachusetts Institute of Technology (MIT) in the US has for the first time discovered magnetism in the 2D world of monolayers, or materials that are formed by a single atomic layer.

The findings, published in the journal Nature, show that magnetic properties can exist even in the 2D realm - opening a world of potential applications.

"What we have discovered here is an isolated 2D material with intrinsic magnetism, and the magnetism in the system is highly robust," said Xiaodong Xu, a professor at UW.

"We envision that new information technologies may emerge based on these new 2D magnets," said Xu.

Researchers have previously shown that CrI3 - in its multilayered, 3D, bulk crystal form - is ferromagnetic, that is, it has some magnetic properties.

However, no 3D magnetic substance had previously retained its magnetic properties when thinned down to a single atomic sheet. In fact, monolayer materials can demonstrate unique properties not seen in their multilayered, 3D forms.

"You simply cannot accurately predict what the electric, magnetic, physical or chemical properties of a 2D monolayer crystal will be based on the behavior of its 3D bulk counterpart," said Bevin Huang, doctoral student at UW.

Atoms within monolayer materials are considered two-dimensional because the electrons can only travel within the atomic sheet, like pieces on a chessboard.

To discover the properties of CrI3 in its 2D form, the team simply used Scotch tape to shave a monolayer of CrI3 off the larger, 3D crystal form.

The researchers detected magnetic properties in CrI3 using a special type of microscopy.

In CrI3 flakes that are two layers thick, the magnetic properties disappeared, and returned in three-layer CrI3. The scientists will need to conduct further studies to understand why CrI3 displayed these remarkable layer-dependent magnetic phases.

"2D monolayers alone offer exciting opportunities to study the drastic and precise electrical control of magnetic properties, which has been a challenge to realise using their 3D bulk crystals," said Xu.

"But an even greater opportunity can arise when you stack monolayers with different physical properties together. There, you can get even more exotic phenomena not seen in the monolayer alone or in the 3D bulk crystal," Xu added.