Researcher's have for the first time been able to demonstrate why ice becomes slippery enough for people to skate on. 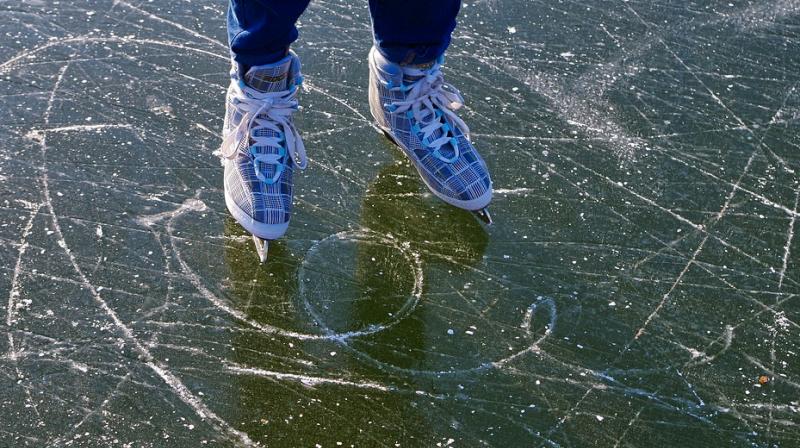 Ever wondered why is ice so slippery or what is it that makes people skate on it? If yes, then here's the answer to it!

The answer lies in a film of water which is generated by friction, one that is far thinner than expected and much more viscous than usual water through its resemblance to the "snow cones" of crushed ice we drink during the summer.

The "slippery" nature of ice is generally attributed to the formation of a thin layer of liquid water generated by friction, which for instance allows an ice skater to "surf" on top of this liquid film.

This phenomenon was recently demonstrated by researchers from the CNRS and ENS-PSL, in a study published in Physical Review X.

Researchers developed a device equipped with a tuning fork -- similar to those used in music -- that can "hear" the forces at work during ice gliding with remarkable precision.

Despite the instrument's size, which measures a few centimetres, it is sensitive enough to probe ice and analyse the properties of friction on a nanometric scale.

Thanks to their unique device, researchers were able to clearly demonstrate for the first time that friction does indeed generate a film of liquid water.

This film nevertheless offered a number of surprises: with a thickness measuring a few hundred nanometres to a micron, or one hundredth the thickness of a strand of hair, it is much thinner than theoretical estimates had suggested.

Even more unexpectedly, this film is not at all "simple water," but consists of water that is as viscous as oil, with complex viscoelastic properties.

This unexpected behaviour suggests that surface ice does not completely transform into liquid water, but instead ends up in a mixed state similar to "snow cones", a mix of ice water and crushed ice. The mystery of sliding on ice can therefore be found in the "viscous" nature of this film of water