The rocket’s onboard computers halted the countdown about one minute before the Block-5 edition of the Falcon 9 was set to blast off. 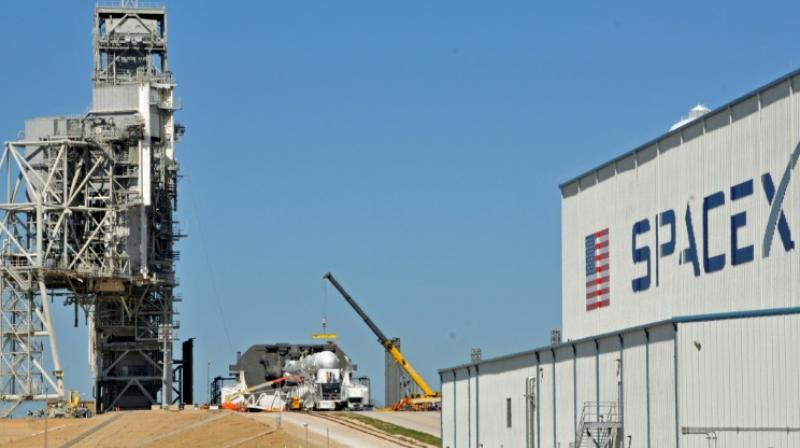 A last-minute technical glitch prompted SpaceX on Thursday to postpone for at least 24 hours the first commercial flight of its updated Falcon 9 rocket, a launch vehicle tailored for eventual crewed missions into orbit.

The rocket’s onboard computers halted the countdown about one minute before the newly minted Block-5 edition of the Falcon 9 was set to blast off from the Kennedy Space Centre in Florida on its maiden mission, to carry a communications satellite into orbit for Bangladesh.

A few minutes after blast-off was aborted, mission controllers for billionaire Elon Musk’s private launch company, formally known as Space Exploration Technologies, said they would try again on Friday. They will have roughly the same two-hour-plus launch window running from 4:14 pm to 6:21 pm EDT.
The precise reason for Thursday’s automatic shutdown of the final launch sequence was not determined. Launch commanders will have to sift through data logs produced by onboard computers to learn what might have gone wrong.

The Falcon 9 Block-5 comes equipped with about 100 upgrades for greater power, safety and reusability than its Block-4 predecessor.

Its recoverable main-stage booster is designed to be reused at least 10 times with minimal refurbishment between flights, allowing more frequent launches at lower cost — a key to the SpaceX business model.

Enhanced rocket reusability also is a core tenet of Musk’s broader objectives for normalising space travel and ultimately sending humans to Mars. SpaceX so far has safely return-landed 24 of its boosters and reflown 11 of them.

The Block-5 is the first rocket from Musk’s California-based company to satisfy NASA’s standards for its Commercial Crew Program to carry agency astronauts to the International Space Station. But NASA still requires seven successful flights before the new rocket receives final certification for a manned mission.

The Block-5 will also be used to launch US Air Force global positioning satellites and other high-value, military and national security payloads.

For this week’s flight of the new Falcon 9, SpaceX will be launching the Bangladeshi government’s first satellite, Bangabandhu-1, into Earth orbit.

Block-5 marks the final version of the Falcon 9 line-up before SpaceX introduces its super heavy-lift launch vehicle, dubbed the Big Falcon Rocket, or BFR, which will be designed to send manned missions to Mars. SpaceX is one of two private companies hired by NASA to ferry astronaut crews to the space station. The other is Boeing Co.