Science   10 Oct 2017  There’s space for all of us: Celebrating the Outer Space Treaty’s golden jubilee
Science

There’s space for all of us: Celebrating the Outer Space Treaty’s golden jubilee

We also work to ensure that all humankind benefits from space activities, particularly developing countries and non-spacefaring nations. 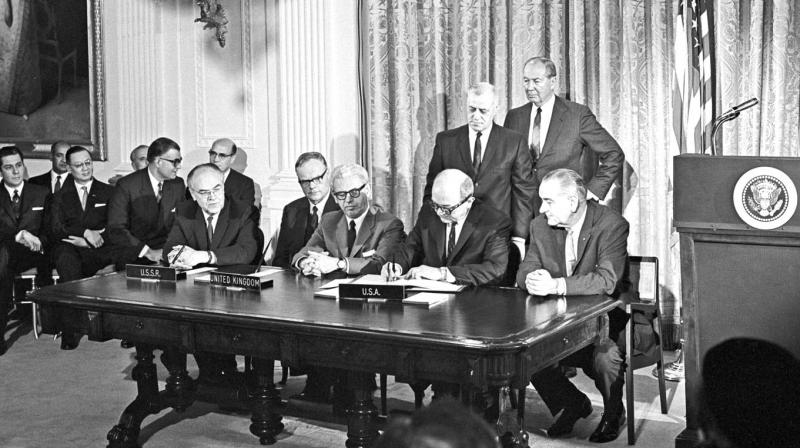 The signing of the Outer Space Treaty. (Photo: UN)

Did you know that you cannot own the moon? Or that nuclear weapons are not allowed in space? This is thanks to the Outer Space Treaty, which entered into force 50 years ago, on October 10, 1967. Twenty-four countries ratified this treaty at that time, which is officially called the Treaty of Principles Governing the Activities of States in the Exploration and Use of Outer Space, including the Moon and Other Celestial Bodies. Since then, the number of parties to the treaty has increased to 105 countries.

So, why is the Outer Space Treaty important? The treaty is the basis of international space law: it makes countries liable for damage caused by objects they launch into space and countries that are party to the treaty have to take responsibility for their activities in space. It also prohibits nations from placing weapons of mass destruction in outer space. The exploration and use of outer space is for all humankind, it states in the treaty, and no country can lay claim to the Moon or any other celestial body.

These concepts — that space is for everyone and should be used and explored peacefully — came at pivotal times in the 1960s, when there was geopolitical tension and conflict alongside calls for disarmament and peace. The treaty was progressive because it helped maintain peaceful and orderly exploration and use of outer space at that time, and this continues to the present day. And with the treaty in place, the exploration of space began to serve another purpose: international cooperation in space matters. Nations that had political differences worked together for scientific progress and to better understand the universe around us. While we may disagree on Earth, what we can achieve together in space is inspiring. Space unites us towards common goals. This is what we call “space diplomacy”. 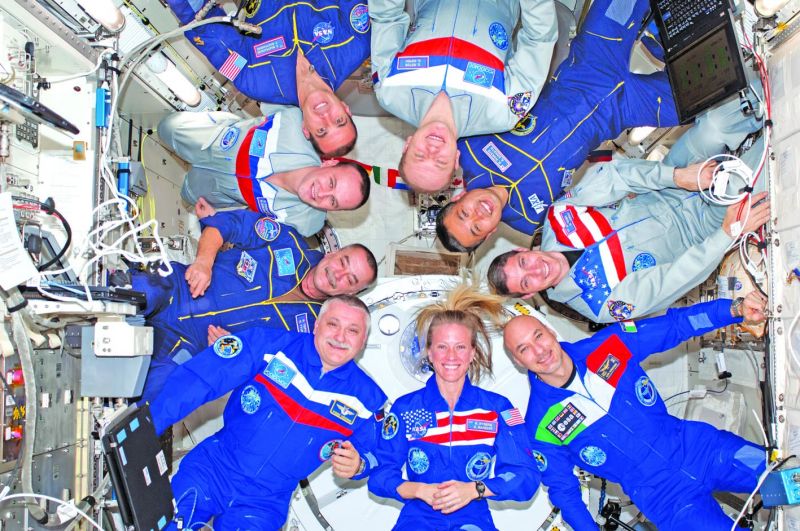 An inflight portrait of a multinational space crew. (Photo: Nasa)

We also work to ensure that all humankind benefits from space activities, particularly developing countries and non-spacefaring nations. This includes helping countries to access and use space technology for sustainable development, such as monitoring and adapting to climate change, mapping the spread of diseases, or monitoring crops to ensure food security.

So much of our lives is now reliant on space technology, such as using satellites for navigation, checking the weather or staying in touch with friends and family via the internet. With the huge benefits that it brings to our societies now and in the future, it is vital that space continues to be the common domain of all humanity and is maintained for peaceful purposes. The Outer Space Treaty of 1967 is the foundation of these principles. As we look back on 50 years of the Outer Space Treaty, we remember its historical origins, celebrate the international cooperation and achievements it has facilitated, as well as to look ahead to an exciting future of space activities from exploring our solar system to developing better technology for improving lives on Earth. The treaty is a commitment from the international community to preserve space peacefully, for all of us, and the generations to come.