NASA releases 'Tour of the Moon' in 4K

NASA has released a 'Moon tour' video that will make you want to go for a visit. 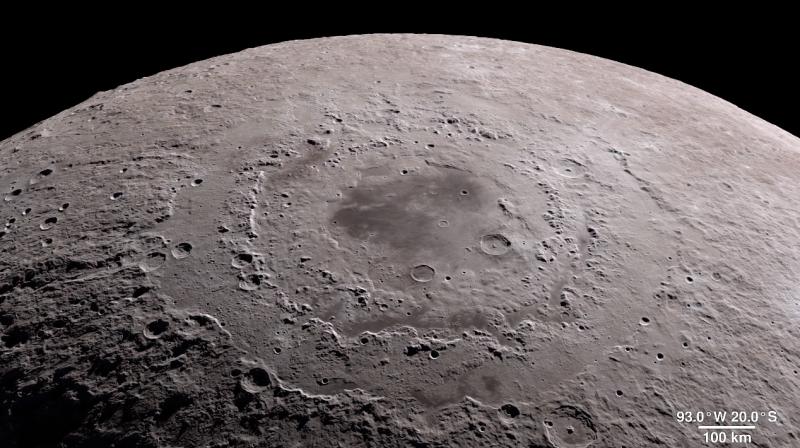 The new tour highlights the mineral composition of the Aristarchus plateau, evidence for surface water ice in certain spots near the south pole, and the mapping of gravity in and around the Orientale basin.

In the fall of 2011, the Lunar Reconnaissance Orbiter (LRO) mission released its original Tour of the Moon, a five-minute animation that takes the viewer on a virtual tour of our nearest neighbour in space. Six years later, the tour has been recreated in eye-popping 4K resolution, using the same camera path and drawing from the vastly expanded data trove collected by LRO in the intervening years.

The tour visits a number of interesting sites chosen to illustrate a variety of lunar terrain features. Some are on the near side and are familiar to both professional and amateur observers on Earth, while others can only be seen clearly from space. Some are large and old (Orientale, South Pole-Aitken), others are smaller and younger (Tycho, Aristarchus). Constantly shadowed areas near the poles are hard to photograph but easier to measure with altimetry, while several of the Apollo landing sites, all relatively near the equator, have been imaged at resolutions as high as 25 centimetres (10 inches) per pixel.

The new tour highlights the mineral composition of the Aristarchus plateau, evidence for surface water ice in certain spots near the south pole, and the mapping of gravity in and around the Orientale basin.