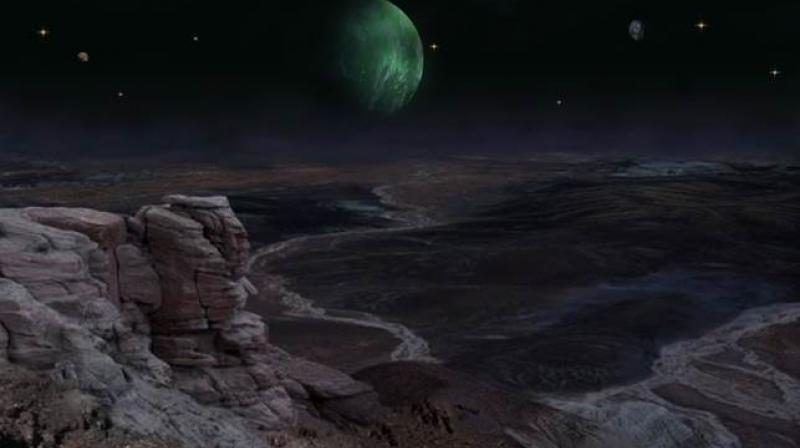 According to the study conducted by astronomers from the Indian Institute of Astrophysics, an autonomous institute of the Department of Science & Technology, Government Of India, along with astronomers from BITS Pilani, Goa campus a new approach -- an anomaly detection method -- has been found by which potentially habitable planets with high probability can be identified.

"The method is based on the postulate that Earth is an anomaly, with the possibility of the existence of few other anomalies among thousands of data points...There are 60 potentially habitable planets out of about 5000 confirmed, and nearly 8000 candidate planets proposed. The assessment is based on their close similarity to Earth. These planets can be viewed as candidates for anomalous instances in a huge pool of `non-habitable' exoplanets," stated the official release from the Ministry of Science and Technology.

"Earth being the only habitable planet among thousands of planets is defined as an anomaly. We explored whether similar 'anomaly candidates can be found using novel anomaly detection methods,' said Dr Snehanshu Saha of BITS Pilani.

The IIA team explained the fulcrum of the idea that postulates (potentially) habitable exoplanets as anomalies pivots around the well-known anomaly detection problem in predictive maintenance of industrial systems. An anomaly detection technique suitable for industrial systems applies equally well for habitable planet detection since in both cases, the anomaly detector is dealing with "imbalanced" data, where the anomalies (number of habitable exoplanets or anomalous behaviour of industrial components) are outliers. These are far less in number compared to the normal data.

However, with a large number of discovered exoplanets, finding those rare anomalous instances by characterizing them in terms of planetary parameters, types, populations, and, ultimately, the habitability potential requires the knowledge of multiple planetary parameters from observations. This, in turn, demands hours of expensive telescope time.

It is a tedious job to scan thousands of planets manually and to identify planets potentially similar to Earth. Artificial Intelligence (AI) can be utilized effectively to find habitable planets.

"Researchers, under the supervision of Prof. Snehanshu Saha of BITS Pilani Goa Campus and Dr Margarita Safonova of Indian Institute of Astrophysics (IIA), Bengaluru, have thus developed a novel Artificial Intelligence-based algorithm to detect anomalies and extended it to an unsupervised clustering algorithm to use it to identify the probably habitable exoplanets from the exoplanet datasets," said the release.

The AI-based method, named Multi-Stage Memetic Binary Tree Anomaly Identifier (MSMBTAI), is based on a novel multi-stage memetic algorithm (MSMA). MSMA uses the generic notion of a meme, which is an idea or knowledge that gets transferred from one person to another by imitation. A meme indicates cross-cultural evolution in posterity and, therefore, can induce new learning mechanisms as generations pass. The algorithm can act as a quick screening tool for evaluating habitability perspectives from observed properties.

The study identified a few planets which exhibit similar anomalous characteristics as Earth via the proposed technique, which shows reasonably good results, in agreement with what astronomers believe. Interestingly, this method resulted in similar results in terms of anomalous candidate detection when it did not use surface temperature as a feature, compared to when it actually did.

The study is published in the journal, Monthly Notices of the Royal Astronomical Society (MNRAS).