Scientists have developed techniques to manipulate micro-organisms - which are more dynamic and flexible than solids solid materials. 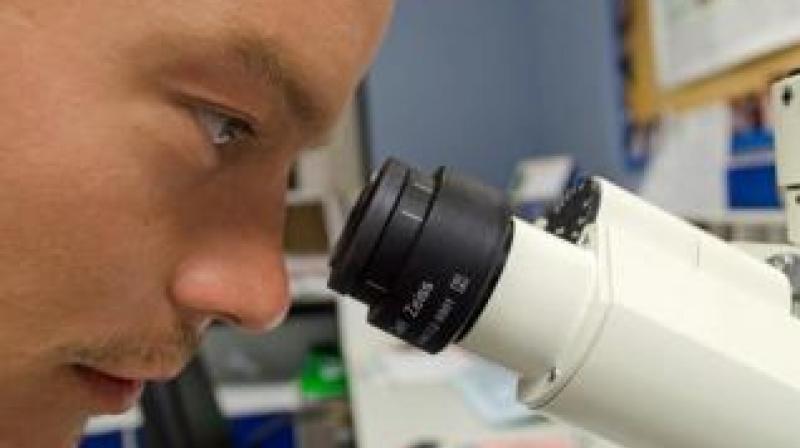 The flow patterns can be changed at will, so the liquid-based materials are more dynamic and flexible than solid materials.

Scientists have developed previously unimaginable liquid materials for new technological innovations - including techniques to manipulate micro-organisms - which are more dynamic and flexible than solids solid materials.

Researchers controlled wave-generated currents to make the dynamic material that could be revolutionary, similar to those created in recent decades that have been used for invisibility cloaking, superlenses and high-efficiency antennae. Professor Michael Shats from The Australian National University (ANU) said the currents made a liquid behave like materials with regular structures such as crystals.

"It is an incredibly powerful new tool that will work at the surface of almost any liquid," said Shats. "By changing waves, we can change the flow patterns. This allows us to remote-control the nature of the material," said Shats.

The flow patterns can be changed at will, so the liquid-based materials are more dynamic and flexible than solid materials.

"These flow patterns are effectively two-dimensional materials at the interface between the liquid and the gas above it," said Shats.

Nicolas Francois from the ANU said each current was like a Lego brick.

"Now we have created the brick, people will be able to make complex structures we cannot imagine now," he said.

"If you use conducting liquids you can create an interface with designed electrical properties. Or with bio-compatible substances you can guide micro-organisms or trap them," he added.

The team observed the flow patterns in a tank of water by generating a wave pattern with two oscillators and tracking fluid particles. They also modelled the flow with computer simulations and theoretical calculations.