Researchers have found that the vocal patterns of Howler monkeys seem to differ in response to different types of forest edge areas. 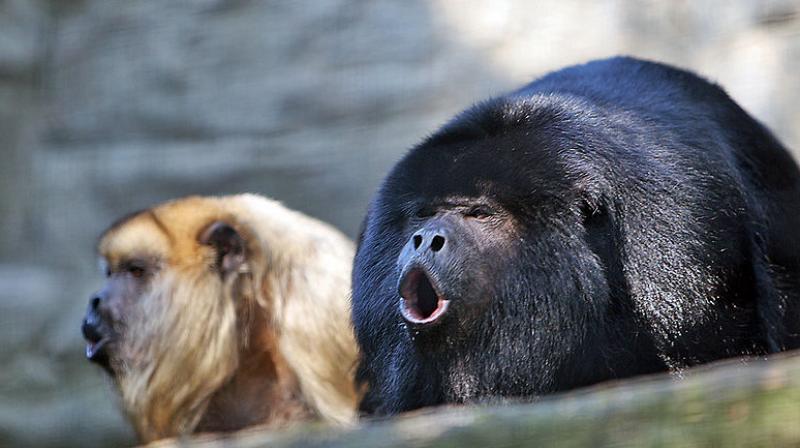 Reduction of forest cover is changing the way monkeys vocalize and communicate. Research led by an anthropologist from the University of Waterloo has come up with the interesting finding that the vocal patterns of Howler monkeys seem to differ in response to different types of forest edge areas.

Working in a tropical lowland rainforest in Costa Rica, the researchers examined how human- impacted forest habitat changes have affected vegetation and, in turn, the rate and length of howling by the howler monkey species.

Led by Laura Bolt, an adjunct professor of anthropology at Waterloo, the study compared how the communication behavior of the mantled howler monkey differs in forest edges impacted by human activity, known as anthropogenic edges, compared to natural forest edges.

"Howler monkeys are well-known for making very loud, long-distance vocalizations called howls," said Bolt. "While howls are only produced by adult males, howl function is not entirely known, so we conducted our study to test the hypothesis that the intensity of howling by monkeys relates to defending ecological resources such as areas of richer vegetation or preferred feeding trees."

The study found that males howl to defend high-quality resources, with notably longer durations of howling in the forest interior and at river edge areas where vegetation resources are richer. The researchers also found differences in howl length between river edge and anthropogenic edge areas, which is an important insight for conservation planning.

"Howler monkeys eat leaves and fruit, and if they are howling to defend these resources, we predicted that males would howl for longer durations of time when in a forest interior or near the river edge, where vegetation is richer compared to the anthropogenic edge," said Bolt.

To conduct their study, the researchers collected data on mantled howler monkey howling behaviour from May to August in 2017 and 2018, following groups as they travelled across the various edge and interior habitat zones. All monkey groups were well-habituated and did not react to the visible presence of the researchers.

With their evidence showing that anthropogenic deforestation is altering howler monkey behaviour, Bolt and her colleagues say that long-term howler monkey conservation initiatives should prioritize preservation of forest interior and river edge regions and re-forestation of human-caused forest edges.

"While it is yet unknown what implications these behavioural changes across different edge zones may have for monkey fitness," says Bolt, "our findings show that it is proximity to anthropogenic forest edge, rather than to naturally-occurring forest edge, that is changing howler monkey communication behaviour. This is just one of the many ways that howler monkeys are affected by deforestation."