One of such antibodies, called Z004, was particularly effective at neutralising Zika. 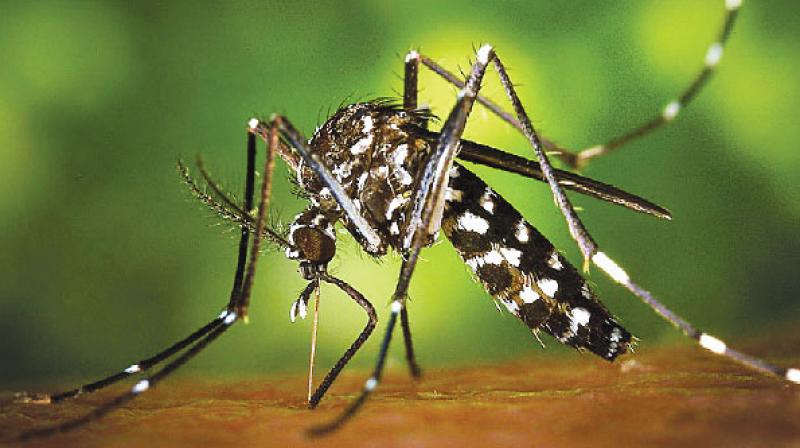 Zika is not the only virus to sport the ridge, as it is also present in envelopes of other viruses in the same family.

Washington: Scientists have identified a potent weapon against Zika virus — an antibody in the blood of infected people that may lead to a new vaccine against the disease.

In blood samples taken from patients in Mexico and Brazil, scientists found antibodies — proteins produced by the immune system — that block the virus from initiating an infection.

These antibodies appeared to have been initially generated in response to an earlier infection by a related virus that causes dengue. One such antibody, called Z004, was particularly effective at neutralising Zika.

“These antibodies could be very useful in the near future. One could envision, for example, administering Z004 to safely prevent Zika among pregnant women or others at risk of contracting the disease,” said Davide F Robbiani, a research associate professor at The Rockefeller University in the US.

The team’s detailed examination of the interaction between this antibody and the virus also revealed a new potential strategy for developing a vaccine.A mosquito-borne virus, Zika usually causes mild symptoms in those who contract it. However, dramatic effects can appear in the next generation. Babies born to women infected during pregnancy are at risk of devastating neurodevelopmental abnormalities. The only way to prevent Zika is to avoid mosquito bites; there are currently no vaccines or other medical measures to do so.

However, Z004 —  an antibody from a Mexican volunteer’s blood — stood out as particularly effective. When given to mice vulnerable to Zika, the antibody protected them from developing serious infections.

To get a closer look at the interaction between the antibody and a fragment of the virus’ envelope protein, scientists the molecular structure formed as the two units interacted.

Their detailed maps revealed how the antibody pinches a ridge on the virus when it binds to it.

While some efforts to develop a vaccine use all or most of the virus to stimulate the immune system, the researchers believe it could be safer to employ only a tiny fragment containing this ridge.

Zika is not the only virus to sport the ridge, as it is also present in envelopes of other viruses in the same family. The dengue 1 virus, a close relative of Zika and one of four types of dengue, has a ridge that is remarkably similar to Zika’s. When pitted against dengue 1, Z004 neutralised it as well.