Scientists in Kolkata and five other cities carried placards and held silent demonstrations against the comments. 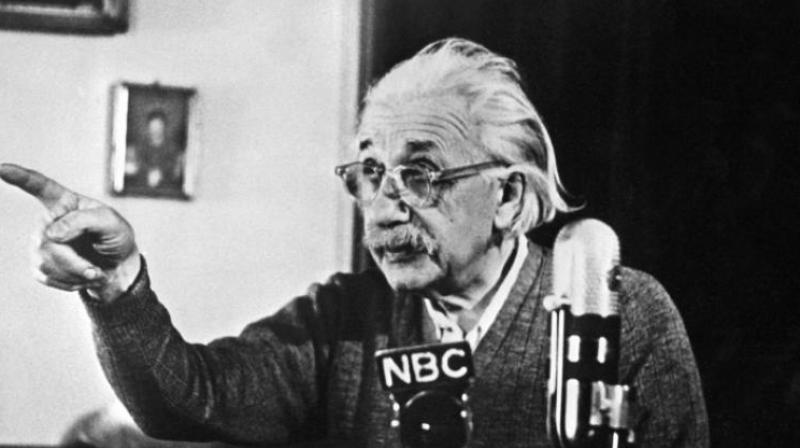 In a lecture at the Indian Science Congress and posted on YouTube, one speaker, Kannan Jegathala Krishnan said Isaac Newton was wrong about gravity, Albert Einstein made a “big blunder” and questioned Stephen Hawking’s achievements.

Indian scientists have protested about claims made at a local science conference that rubbish the work of some of the world’s greatest physicists and suggest modern breakthroughs such as in-vitro fertilization were in fact invented in ancient India.

In a lecture at the Indian Science Congress and posted on YouTube, one speaker, Kannan Jegathala Krishnan said Isaac Newton was wrong about gravity, Albert Einstein made a “big blunder” and questioned Stephen Hawking’s achievements.

Another speaker, G. Nageswara Rao, a vice-chancellor at Andhra University in southern India, used stories from Indian epics Ramayana and Mahabharata as proof the people of ancient India had aircraft, test-tube babies and that stem-cell research “was done in this country thousands of years ago”.

While organizers of the congress have promised to make changes for next year’s event following the criticism, Soumitro Banerjee, a physics professor and general secretary of non-profit Breakthrough Science Society, told Reuters the comments lent respectability to absurd theories.

Scientists in Kolkata and five other cities carried placards and held silent demonstrations on Monday against the comments, he said.

“This is very harmful for the growth of scientific temper because these ideas are being propagated through the Science Congress which gives it a respectability,” said Dhruba Mukhopadhyay, a retired professor and the president of the BSS, said.

The conference’s organizer, the Indian Science Congress Association, will soon issue a statement condemning this episode, said Premendu P. Mathur, a general secretary at the body and a professor of biochemistry and molecular biology.

“From next year we have decided that all the people, even top scientists, who want to interact with anybody at the Science Congress, would be asked to submit their abstracts, not to deviate from their abstracts and we will place one of our members there as a moderator.”

The annual Indian Science Congress, which this year ran over five days at a university in northern Punjab state, ended on Monday.