The funds hope to send a signal that will impact the international financial system. 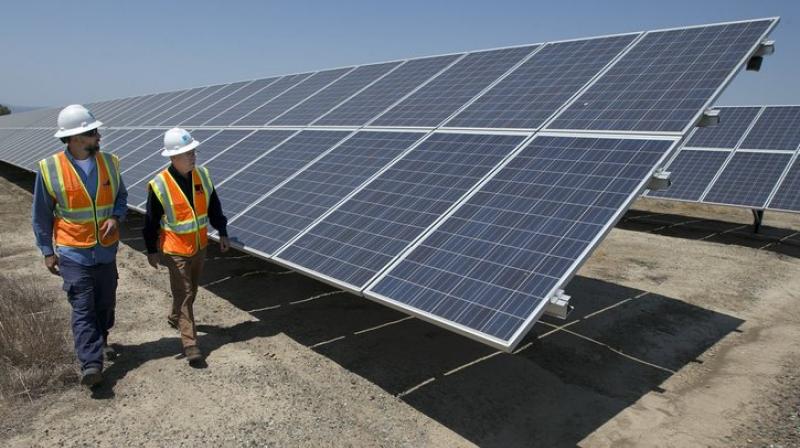 State-owned sovereign wealth funds are designed to invest their countries’ public money for the long term.

The sovereign wealth funds of major oil-producing countries have agreed upon a common roadmap to encourage investments toward a greener economy.

The funds hope to send a signal that will impact the international financial system. Altogether, they are worth $3 trillion. Norway’s sovereign wealth fund, the world’s largest of its kind, is worth $1 trillion alone.

The document is to be formally presented during a meeting in Paris of the heads of the funds with French President Emmanuel Macron and Norwegian Prime Minister Erna Solberg.

State-owned sovereign wealth funds are designed to invest their countries’ public money for the long term. In an apparent paradox, except for New Zealand, the five others are based on fossil fuels.

The coordinator of the working group of the six sovereign funds, Lawrence Yanovitch, said these countries “see a great commercial interest along the way because they are saying that they think the low-carbon economy is the future.”

He stressed that all the Gulf countries, as well as Norway, are already preparing their own economies to a transition toward renewable energies. He said they realize the effects of climate change, such as rising sea levels and more extreme weather.

The move comes six months after a climate summit in Paris in which world leaders, investment funds and energy magnates promised to devote new money and technology to slow global warming. The summit was a reaction to U.S. President Donald Trump’s rejection of the landmark 2015 Paris climate accord.

According to the framework, the funds “seek to promote better-informed decisions, thereby contributing to a smooth transition to a more low-emissions economy.”