Red List of endangered species, mostly reported grave threats to animals and plants due to loss of habitat and human practices. 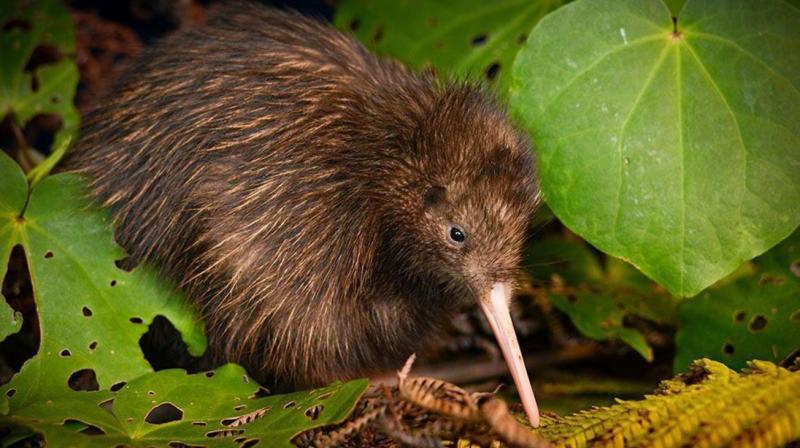 Two types of New Zealand kiwi birds are a rare bright spot in a mostly grim assessment of global species at risk of extinction.

The International Union for the Conservation of Nature upgraded the Okarito kiwi and the Northern Brown kiwi from endangered to vulnerable thanks to New Zealand's progress in controlling predators like stoats and cats.

But the conservation group's latest update of its Red List of endangered species, issued Tuesday, mostly reported grave threats to animals and plants due to loss of habitat and unsustainable farming and fisheries practices.

The group said the Irrawaddy dolphin and finless porpoise that roam coastlines of Southeast Asia are now designated as endangered, imperiled by entanglement in fishing nets and other human activities.

Gillnets used on the Mekong and in other major waterways "hang like curtains of death across the river and entrap everything in the stream," said Craig Hilton-Taylor, head of the Red List's global species program.

The IUCN is made up of government and non-government experts whose scientific assessments of the risks to species are subject to independent reviews and are provided to help guide decisions on conservation efforts. The Red List, which it calls a "Barometer of Life," identifies which local species are at risk of extinction.

The organization aims to increase the number of assessed species to 160,000, said Jane Smart, global director of its biodiversity conservation program.

The total number of species is unknown but is thought to be as many as 20 million, many of them microorganisms.

Behind the numbers are life-and-death struggles for survival as human populations grow and industrialize and habitats are transformed by global warming.

Australia's Western Ringtail possum has slipped from vulnerable to critically endangered, the IUCN said, as its population plunged by 80 percent over the past decade.

Once widespread in peppermint and eucalyptus forests of Western Australia, it now has only a few fragmented habitats and is prone to heat stress at temperatures above 35 C (95 F) that are becoming increasingly common where it lives.

The group said three reptile species on Christmas Island, also in Australia, had gone extinct in the wild: the Whiptail skink, the Blue-tailed skink and Lister's gecko. The group said the as yet unexplained losses of reptiles could result from disease or infestations of the yellow crazy ant, which is listed by the IUCN and Global Invasive Species Database as one of the 100 worst invasive species. The creature has wreaked havoc on Christmas Island, devouring the famous endemic red crabs that were a key part of its ecosystem.

Apart from many animal species, the IUCN said many wild crops, such as wild wheat, rice and yam, face threats from overgrazing, use of herbicides and urbanization. Such wild plants are crucial food sources and also play a critical role in the genetic diversity of domesticated food crops.

Many conservationists view the current era as the "sixth extinction," after previous ones that wiped out the dinosaurs and other creatures. Much of today's losses of species stem from human factors, which also means that human efforts can help improve the situation.

The baiji, a kind of dolphin native to the Yangtze river in China, is thought to be extinct, but some findings have raised hopes it might not be. Experts are now surveying the river in hopes of a sighting.

The kiwi has gained ground thanks to a New Zealand campaign to rid its islands of predators such as rats, possums and stoats that have helped kill off more than 40 unique species of New Zealand birds.

The IUCN reported its findings in Tokyo to reflect support from Toyota Motor Corp., which helps fund species assessments. It said a third of 46 newly assessed endemic species of lizards and snakes in Japan were threatened by factors such as habitat loss, collection for pet stores and invasive species such as Indian peacocks.