PM's gift satellite to SAARC buddies to take off today 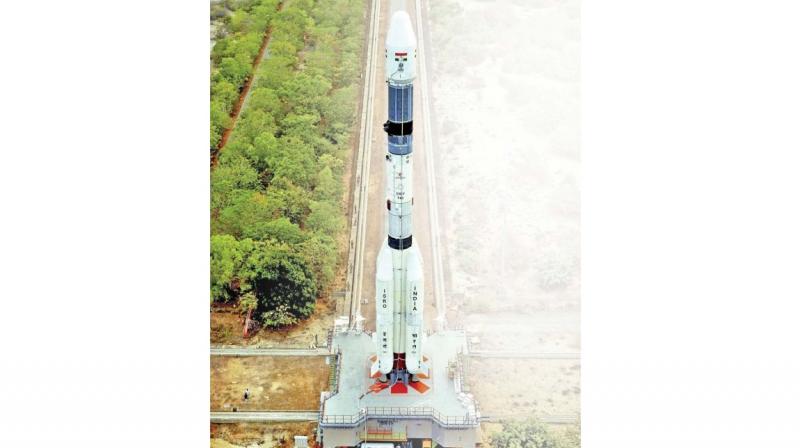 BENGALURU: It was, quite literally, a sugared deal offered by Brazil in the ‘90s for manufacture and launch of a satellite which was turned down by Indian Space Research Organisation (Isro), but on Friday evening, Indian space scientists will gift a satellite to six Saarc nations and fulfill Prime Minister Narendra Modi’s promise.

Short of resources but flush with sugar, Brazil offered to pay with the sweetener for a satellite similar to the one scheduled for launch by Geo-synchronous Satellite Launch Vehicle (GSLV) Friday, but as Prof U.R.Rao, former chairman, Isro, told Deccan Chronicle, the space agency said thanks, but no, thanks, because he explained “inter-ministerial approvals are very difficult in India.” The upshot: China agreed to such a deal and gained because follow up orders for more satellites arrived from Brazil.

This satellite will catapult India’s diplomatic skills to unchartered trajectory and perhaps help counter China’s growing influence over its neighbours in the long run.

With its footprint across South Asia, the new Rs 235 crore communication satellite GSAT-9 or “South Asia Satellite’ will catalyze economic development and governance in six Saarc nations by supporting a range of applications in telecommunications, broadcasting, tele-education and telemedicine besides providing disaster management system linked to all nations for continuous communication when natural disasters strike the region. Pakistan, however, opted out of this project last year.

“Besides the satellite, Isro could get an opportunity to build ground stations as well receive and interpret data from the satellite,”  added Prof Rao.

The 2,230-kg satellite has been manufactured in three years and the 12 Ku band transponders onboard could be used by each nation to beam their own programmes along with a common South Asian programme.

Mr Modi spoke of the Saarc satellite first while addressing space scientists at Satish Dhawan Space Centre (SDSC) in Sriharikota Range on June 30, 2014, asking “the space community to take up the challenge of developing a Saarc satellite that we can dedicate to our neighbourhood as a gift from India”.

Bangladesh is likely to have its first satellite later this year made with help from Thales of France. Nepal has floated a tender for acquisition of two communication satellites. Therefore, the countries likely to benefit most are Bhutan and Maldives.

(This story originally appeared in the Deccan Chronicle)