The first pieces of the puzzle came some 10 years ago, when researchers found geophysical evidence in the central part of English Channel. 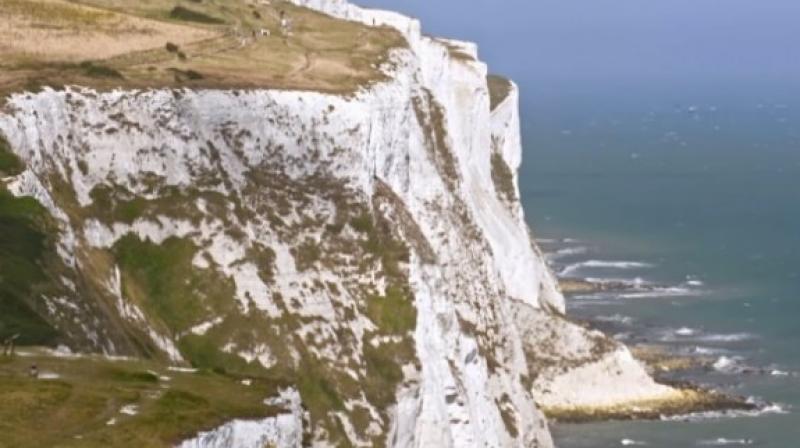 In the new study, new geophysical data collected by colleagues in Belgium and France has been combined with seafloor data from Britain showing evidence of huge holes and a valley system located on the seafloor.

Scientists have found evidence of how ancient Britain separated from Europe in what they are dubbing "Brexit 1.0" - a flooding event that happened in two stages thousands of years ago.

In research published in the journal Nature Communications on Tuesday, the scientists said they now have proof that the opening of the Dover Strait in the English Channel, severing the land between Britain and France, occurred in two episodes - an initial lake spill over, followed by catastrophic flooding.

"The breaching of this land bridge between Dover and Calais was undeniably one of the most important events in British history, helping to shape our island nation's identity," said Sanjeev Gupta, a professor at Imperial College London who co-led the work.

"When the ice age ended and sea levels rose, flooding the valley floor for good, Britain lost its physical connection to the mainland," he said. "This is Brexit 1.0 – the Brexit nobody voted for."

The first pieces of the puzzle came some 10 years ago, when researchers found geophysical evidence of giant valleys on the seafloor in the central part of English Channel. They believed these valley networks were evidence of a megaflood gouging out the land, probably caused by a breach in a chalk rock ridge joining Britain to France.

In the new study, new geophysical data collected by colleagues in Belgium and France has been combined with seafloor data from Britain showing evidence of huge holes and a valley system located on the seafloor. This help the team establish how the chalk ridge was breached.

The ridge acted like a huge dam and behind it was a proglacial lake, the researchers explained. The lake overflowed in giant waterfalls, eroding the rock escarpment, weakening it and eventually causing it to fail and release huge volumes of water onto the valley floor below.

"We still don't know for sure why the proglacial lake spilt over," said Jenny Collier, a co-author of the study from Imperial's department of earth science and engineering.

"Perhaps part of the ice sheet broke off, collapsing into the lake, causing a surge that carved a path for the water to cascade off the chalk ridge. Maybe an earth tremor... further weakened the ridge and caused (it) to collapse, releasing the megaflood that we have found evidence for in our studies."

Either way, the scientists said, if it was not for a set of chance geological circumstances, Britain may have remained connected to mainland Europe, jutting out into the sea like Denmark.

The researchers still have no exact timeline of events, but said they now want to take and analyze core samples of the in-filled sediments in the plunge pools to try and pinpoint the timing of erosion and the filling of the pools. They cautioned, however, that this next step will be tricky, since getting samples in the Dover Strait means navigating huge tidal changes and the world's busiest shipping lane.