Observations of the Sun have shown that as the magnetic waves leave its interior, they grow in strength soon scientists may know why. 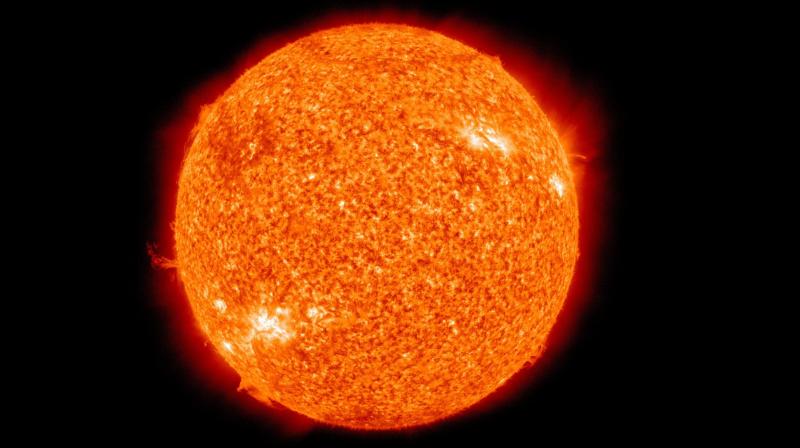 An international team of scientists formed a consortium called 'Waves in the Lower Solar Atmosphere (WaLSA)' to carry out the research (Photo: Representational/Pixabay)

The hot star at the centre of our solar system, Sun, has remained a history in terms of how it maintains its multi-million-degree temperatures. However, researchers in a new discovery have found a probable way to answer the question.

The ground-breaking new discovery of why the Sun's magnetic waves strengthen and grow as they emerge from its surface could help to solve the mystery of how the corona of the Sun maintains its extremely hot temperatures.

For over 60 years, observations of the Sun have shown that as the magnetic waves leave its interior, they grow in strength. But no solid observational evidence is there as to why this happens.

Usually the closer we are to a heat source, the warmer we feel. However, this is opposite of what seems to happen on the Sun -- its outer layers are warmer than the heat source at the surface.

Scientists have accepted for a long time that magnetic waves channel energy from the Sun's vast interior energy reservoir, which is powered by nuclear fusion, up into the outer regions of its atmosphere. Therefore, understanding how the wave motion is generated and spread throughout the Sun is of huge importance to researchers.

Now, an international team of scientists formed a consortium called 'Waves in the Lower Solar Atmosphere (WaLSA)' to carry out the research and used advanced high-resolution observations from the National Science Foundation's Dunn Solar Telescope, New Mexico, to study the waves.

Dr David Jess from the School of Mathematics and Physics at Queen's who led the team explained: "This new understanding of wave motion may help scientists uncover the missing piece in the puzzle of why the outer layers of the Sun are hotter than its surface."

"By breaking the Sun's light up into its basic colours, we were able to examine the behaviour of certain elements from the periodic table within its atmosphere, including silicon (formed close to the Sun's surface), calcium and helium (formed in the chromosphere where the wave amplification is most apparent)," the researcher added.

"The variations in the elements allowed the speeds of the Sun's plasma to be uncovered. The timescales over which they evolve were benchmarked, which allowed the wave frequencies of the Sun to be recorded. This is similar to how a complex musical ensemble is deconstructed into basic notes and frequencies by visualising its musical score," he continued.

The team then used super-computers to analyse data through simulations and found that the wave amplification process can be attributed to the formation of an 'acoustic resonator,' where significant changes in temperature between the surface of the Sun and its outer corona create boundaries that are partially reflective and act to trap the waves, allowing them to intensify and dramatically grow in strength.