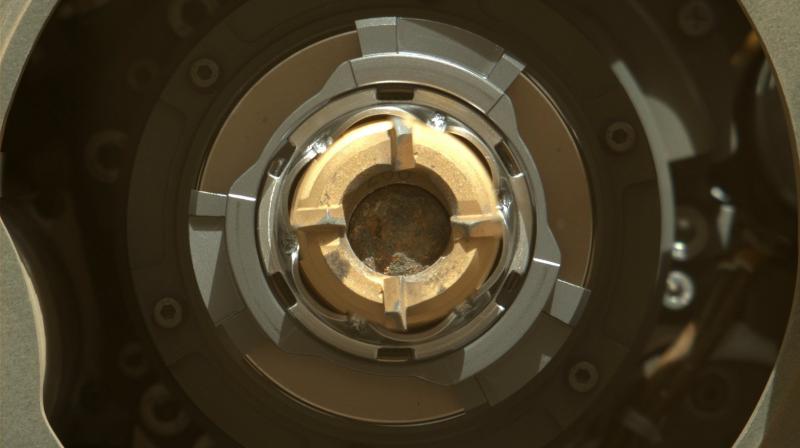 A month ago, Perseverance drilled into much softer rock, and the sample crumbled and didn't get inside the titanium tube. (Photo: Twitter/@NASAPersevere)

"I've never been more happy to see a hole in a rock," he tweeted Thursday.

A month ago, Perseverance drilled into much softer rock, and the sample crumbled and didn't get inside the titanium tube. The rover drove a half-mile to a better sampling spot to try again. Team members analyzed data and pictures before declaring success.

Perseverance arrived in February at Mars' Jezero Crater  believed to be the home of a lush lakebed and river delta billions of years ago  in search of rocks that might hold evidence of ancient life. NASA plans to launch more spacecraft to retrieve the samples collected by Perseverance; engineers are hoping to return as many as three dozen samples in about a decade.