This was the second test-firing of the Advanced Air Defence missile in less than a month. 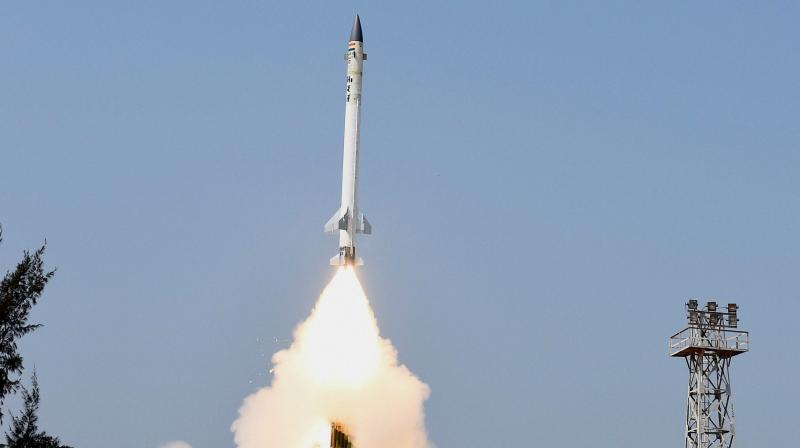 The missile, capable of destroying incoming enemy ballistic missiles at low altitude, met all mission objectives, the Defence Research and Development Organisation said in a statement.

This was the second test-firing of the Advanced Air Defence missile in less than a month.

“Today’s test launch was conducted in order to validate various parameters of the interceptor in flight mode,” a defence official said.

People familiar with the matter said the ADA hit a target — in this case a Prithvi missile launched from the Integrated Test Range at Chandipur near here — and destroyed the ‘hostile’ ballistic missile.

“The mission was excellent and it was a direct hit,” a DRDO scientist said. The missile is 7.5 metres long.