The Airbus Alpha One prototype air taxi took off autonomously for 53 seconds. 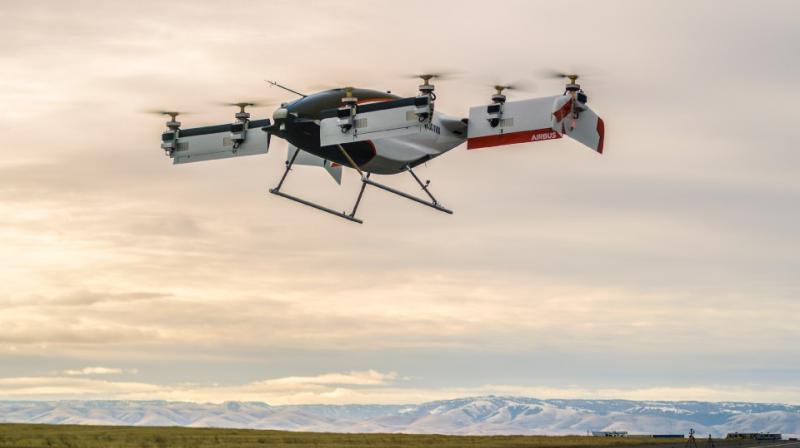 Following the first flight, the aircraft also did another test flight, although the figures for the second test flight haven’t been given out yet. (Photo: Vahana)

A few months ago, Airbus had unveiled their Vahana concept — an autonomous flying taxi that was proclaimed to take over the urban skies by 2020. Fast forward to the first month of 2018 and their first prototype has already taken to the skies. Dubbed ‘Alpha One’, the aircraft was claimed to be airborne autonomously.

Alpha One took off and flew up to 16 feet while staying up there for precisely 53 seconds before it landed safely. The Vahana team reported that the aircraft flew autonomously for its entire flight duration, proving that complete autonomous flights can make into reality very soon. Following the first flight, the aircraft also did another test flight, although the figures for the second test flight haven’t been given out yet.

Airbus, A3 and Vahana are planning to test the prototype further for horizontal flight as well as transitioning between horizontal and vertical flight mid-air, all on its own. If you have been living under a rock, Vahana is supposed to utilise Vertical Take Off and Landing (VTOL) system, which is the most efficient way to pick up passengers in urban jungles. The current prototype has been developed as a single passenger aircraft. Despite the aircraft taking its first flight, it will have to be tested for its endurance and its abilities to dodge urban obstacles while tackling bad weather. However, with the current rate of progress, we might see Airbus’ team deliver a working prototype by the end of 2020.