The snag has come as a surprise for space experts like Prof Roddam Narasimha. 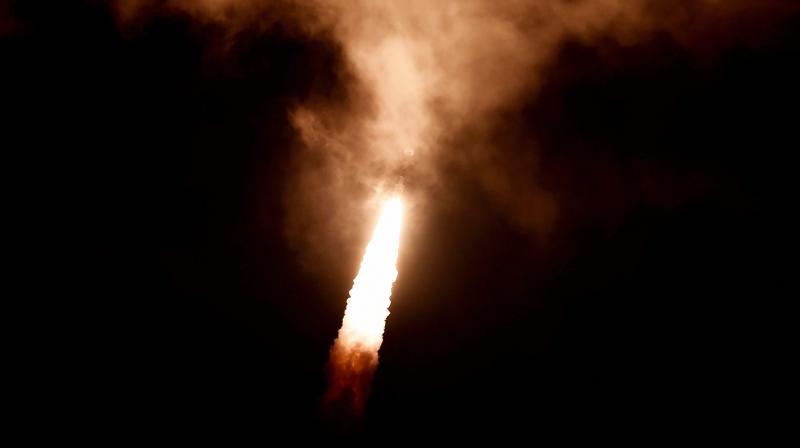 Bengaluru: “We are crestfallen” was the painful comment of a top space scientist about the snag in Polar Satellite Launch Vehicle (PSLV) in the last leg of its flight on Thursday evening, a glitch which could result in a temporary hold on future rides of Indian Space Research Organisation (Isro)’s workhorse rocket.

At Satish Dhawan Space Centre (SDSC) in Sriharikota Range (SHAR), engineers are thoroughly scrutinising data on the fourth stage of PSLV and commands beamed for separation of the heat shield and release of IRNSS-1H satellite to identify the cause of the glitch.

“We are surprised why the heat shield did not separate after so many successful flights,” remarked the scientist, adding a committee could be set up to ascertain the flaw and recommend corrective measures for future missions of PSLV.

This exercise, however, would result in a hold on flights scheduled later this year though speculation point at either a software problem or a malfunctioning hardware in the last stage of PSLV’s journey on Thursday evening.

The snag has come as a surprise for space experts like Prof Roddam Narasimha.

“The record of PSLV has been outstanding. It is surprising that the heat shield did not separate after so many successful flights,” he said.

Incidentally, the unsuccessful flight cast a shadow on the rocket after 39 flawless flights during which more than 250 satellites were hoisted into space.

This rocket also put India on a high pedestal with the launch of a lunar probe, Chandrayaan-I, and the Mars Orbiter Mission (MOM) or Mangalyaan.

On his part, Dr K.Kasturirangan, former chairman, ISRO, said every flight of rockets are fraught with risks and therefore have to be dealt with the great amount of care and attentiveness.

“I am sure that ISRO will identify the cause for the setback and take more precautions than required to make sure that future flights of PSLV are copybook successes,” he said.