They were treating patients or were exposed to asymptomatic carriers; IMA seeks insurance 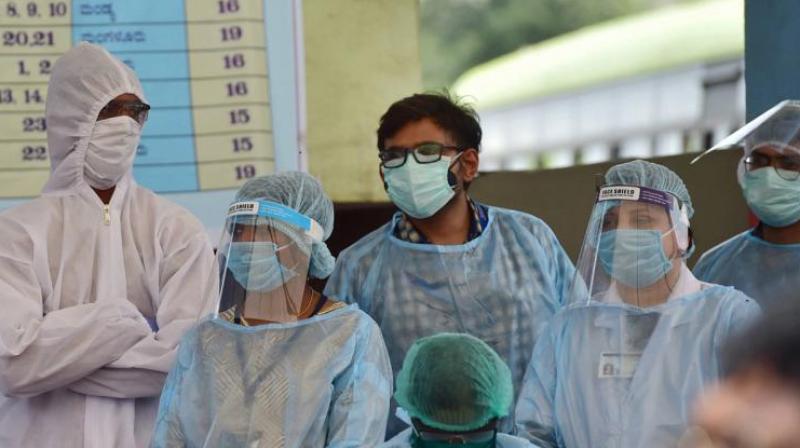 As many as 31 doctors and three nurses have died in India due to Covid 19. These doctors were either treating or had unknowingly exposed themselves to Coronavirus patients. The nurses were in the treating wards.

There is no known case of such fatalities in the state. The Indian Medical Association which has compiled a tentative list is not willing to share the names as they are worried about stigma of the disease.

A senior IMA member on condition of anonymity said, “So far in Telangana state we do not have a single death. The highest numbers are in Indore with six deaths, Mumbai five and Ahmedabad four. We are worried for the families which are already reeling from the stigma of the disease and it is important to protect them.”

At the same time, IMA is following up with government for insurance cover for doctors who have died. Central and state governments have promised insurance but clear cut guidelines have still not been issued.

A senior doctor explained, “Since health is a state subject there is a lot of confusion. What applies in one state does not apply in another. The claim for insurance has various clauses and whether treating doctor or a doctor accidently infected by an asymptomatic carrier will get the benefit or not is not known.”
While doctors of modern science have insurance, not all of them have large sums and the pandemic caught most of them unawares and gave them very little time to prepare.

For this reason, precautions and prevention methods are being advocated as doctors who expect a peak in July which will bring in a lot of patients.

To ensure complete protection is the motto and most of them are being urged to shift to tele-consultancy for as many patients as is medically feasible for this year.