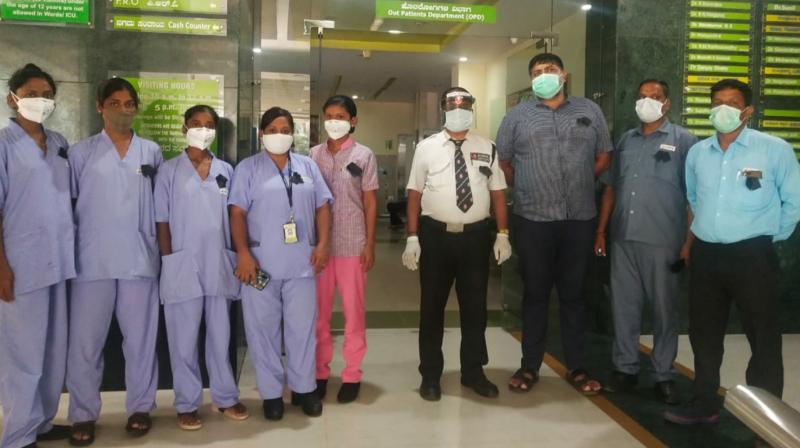 Bengaluru: The death of the 43-year-old Dr Nagendra, a taluk medical officer at Nanjanagud in Mysore has brought out the apathetic attitude of the bureaucracy, which the doctors in Karnataka allege is nothing but blatant abuse of power.

In a letter addressed to the Bruhat Bengaluru Mahanagare Palike (BBMP) commissioner, N Manjunath Prasad, the doctors working with the civic agency have alleged ‘mental torture’ at the hands of the joint commissioner Yelahaka zone and demanded that they put be into some different zone.

“It has been very difficult to work under the very abusive joint commissioner Yelahanka zone, who without any rhyme or reason abuses the medical officer and yells, humiliates and degrades us. For no reason unwarranted notices are given to us in the open meeting. In front of other department staff we are abused in  foul and vulgar language,” the letter reads.

The President of Karnataka Association of Resident Doctors and a resident doctor at Victoria hospital, Dr Dayanand Sagar said, “The government has to fill more than 50% vacancies. This includes not only the doctors but also the nursing and paramedical staff. They are sitting on the demand of regularisation of jobs of the doctors who are on contract. The doctors are working to their maximum in the Covid time. The administrators have no idea about the working environment. More than the patients it's all about statistics that the officers are concerned about. They don't understand that the doctors are already deprived of their families since they work at far off places."

Pointing to the suicide of Dr Nagendra S.R. he said that in Nanjangud where the incident took place has 60% vacancies.

The members of the Private Hospitals and Nursing Home Associations (PHANA) which includes the doctors, nurses, paramedical and have derided the government’s enforcement of disaster management act.

"We strongly condemn the insensitive bureaucracy and administration for handling a Public Health pandemic by enforcing the Disaster Management Act and being insensitive to the problems and stress of the Healthcare personnel," a statement from the association read.

Dr Ravindra, President of PHANA stated, "The bureaucrats don't understand the nature of our work and believe in pressuring us by passing the orders from the air conditioned chambers. We are risking our lives sitting in the forefront. The policymakers should at least understand this now and stop interfering with our work."

"They put up a target in terms of numbers but our target is the wellness of the patient. The government thinks that disaster management act is the biggest weapon in their hands. It is an epidemic not a disaster," he said.

Numerous calls made to the BBMP commissioner remained unanswered.