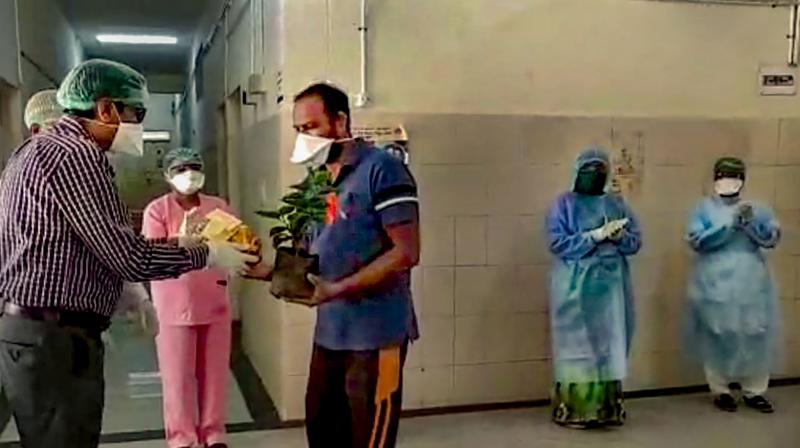 Just last week, things were looking up in Chikkaballapur with COVID-19 patients being sent home after recovery. (PTI)

Bengaluru: Panic gripped Chikkaballapur town in Karnataka after it was found that three persons who had gone door to door distributing rations to needy people tested positive for Covid-19 on Friday.

The district administration immediately sealed off 31 wards in the town, and began tracing their contacts.

Officials said the three men possibly contracted the contagion through contact with a person who tested positive after returning from Saudi Arabia.

One of the three men is said to be a tailor by profession, which is all the more reason for officials to be worried about.

Officials said that one of the three was a local leader who took up philanthropic work when the coronavirus lockdown was announced. He worked with small vendors and daily wage workers, organising food and ration kits for them.

The other two are his associates who helped him in the work. Last week, they distributed over 150 ration kits to people in several wards. None of them had any symptoms of COVID-19.

After issuing orders to seal off the 31 wards, Chikkaballapur deputy commissioner G Latha ordered that no one should come out of their houses until further orders.

The district administration is making arrangements to collect data on the contacts of the three social workers.