THE ASIAN AGE | GURURAJ A PANIYADI 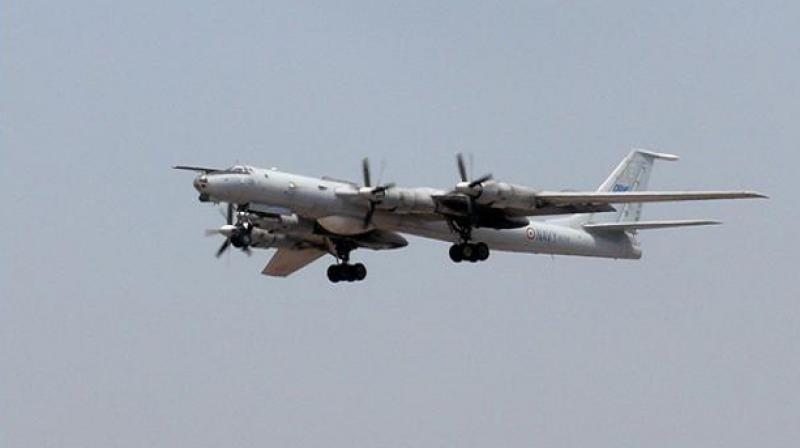 Karwar: The much-awaited Aircraft Museum is all set to become a reality in Karwar with the Karnataka government and the Indian Navy signing a memorandum of understanding (MoU) on handing over of a Tupolev TU 142M aircraft.

The TU 142M was the Indian Navy's long-range maritime patrol aircraft. It played a key role in various operations until it was decommissioned in 2017.

The Karnataka government wanted to convert it into an aviation museum, placing it alongside the Chapal Warship Museum to make it a tourist attraction in Karwar.

After the then chief minister Siddaramaiah wrote to the defence minister, the latter agreed to the proposal. But it lay in cold storage for about two years.

Speaking at a press conference after the signing of the MoU, the deputy commissioner said the Tupolev Aircraft Museum will come up at the Ravindranath Tagore Beach next to the Chapal Warship Museum.

The aircraft will be dismantled and brought from Chennai. At Karwar, Navy experts will ressemble it.

The aircraft museum will showcase models and photos of important operations taken up by the Navy.

"We propose to complete the work by December and get the museum inaugurated on Navy Day. The Navy is bearing the transportation and assembling costs. We will have to only spend on maintenance," Harish Kumar said.

The maintenance cost is estimated at about Rs 6 lakh per month. The district administration plans to fund it through entry fee.

As the aircraft would be placed next to the warship museum, the district administration plans to have a common entry fee for both.

Speaking to reporters, Rear Admiral Mahesh Singh thanked the people of Karwar for their cooperation.

"The Tupolev aircraft have been gifted by the Navy to Visakhapatnam and Kolkata and now Karwar is the third city to receive it. The Sea Bird here is growing to become Asia's largest base. The Navy is committed to the development of Karwar," he said.