Why a Team India coach? 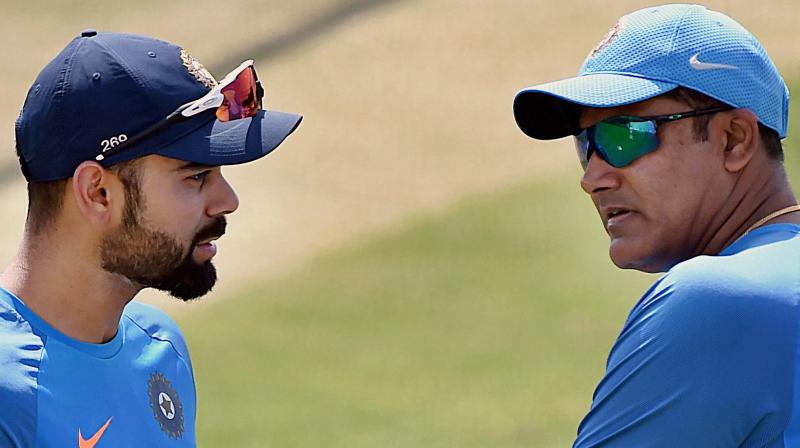 A coach is at best peripheral: Ayaz Memon
When asked what he thought was the best quality in a coach, Australian leg-spinner Shane Warne is reported to have said, “to take players from the hotel to the ground and bring them back”.

Warne’s contempt for his then coach John Buchanan was well-known. But he was not being entirely facetious. There are enough players who believe that the role of a coach in cricket is overstated.

Former Australian captain Ian Chappell is among those who belong to this school of thought. After the recent fiasco in Indian cricket that led to Anil Kumble stepping down from his post as chief coach, Chappell upheld the captain’s power as supreme. In a column, he wrote that the coach is at best peripheral, for largely managing off-the-field affairs. How cricket is played in the middle is the prerogative of the captain, and that the best advice that he can get is from a clutch of senior players.

This is not as heretical as it may seem. Cricket coaches abound these days find scant validation historically. Teams in which Don Bradman and Sir Gary Sobers played, for instance, had no coach, but that did not affect either their own or the team’s performance.

Mansur Ali Khan Pataudi, arguably the best captain India had, functioned without a coach throughout his career. He grew into excellence in the job through advice and help from fellow senior players, as Chappell.

Closer to our time, the great West Indies sides of the 1970s and 80s — under Clive Lloyd and Viv Richards — did not have a coach. In fact, Lloyd and Richards often gave credit to their team’s success to physio Dennis Waight, who kept them in great shape!

Cricket coaches, as we understand them today, came only from the 1980s. Before that, even former players would be designated “managers”. The role of coach started getting redefined in the past three decades as the sport got richer and the world got globalised. Cricket started borrowing from other team sports like football, hockey and rugby till a coach became commonplace.

But the fundamental value proposition of a coach in cricket has been highly exaggerated for the simple reason that this is unlike any other sport.

This perhaps also explains why the mortality rate of cricket coaches is so high. Essentially, the tenor and texture of cricket is different. Decision-making on the field is continuous. Every ball is a discrete event in itself. A bowler can — in consultation with the captain — go over or round the wicket, change the field for every delivery.

In football, hockey, etc., the coach/manager is the key strategist. The blueprint for a game is prepared well in advance. Given the pace of the sport, quick revisions are unlikely. If they are at all needed, it is the call of the coach/manager. Why, he can even withdraw the captain from the field, such are his powers.

In cricket, the captain is the key strategy-maker as well as interventionist. He takes the call on bowling changes, batting order, field placements, etc.

While there might be a broad strategy in place in consultation with coach/senior players, the captain can pursue an altogether different path on the way he reads the situation. This makes the cricket captain all-powerful.
The writer is a sports writer, journalist, columnist, author and lawyer

A flexible coach still has a role: Hemang Badani
Many people may believe that the importance of coaching is overstated at the highest level. The demands of the modern-day game are, however, such that a team can’t evolve into a successful unit without a coach.

At the international level, a coach is responsible for man management, being a hard task-master and also making a player feel good about himself.

It goes without saying that you wouldn’t be teaching someone like Virat Kohli how to play cover drive in the nets. The coach at best chisels away at the rough edges and does a bit of filling here and there for the players who are out of form.

The role of the coach is to help a player maximise his performance. For a team like India, the coach should be someone who can get along with players and yet challenge them to keep getting better.

Man management is the key area. Every cricketer in the Indian team is different, comes from a diverse cultural background and speaks a different language. Some need to be firmly told what to do while others may need to be handled softly. It is the job of the coach to bring them all together, make the newcomers feel at home and ensure that everyone is in the right spirit.

In business and life, we need help from experts we trust, admire and respect. It might be a mentor, a coach, or someone we look up to who has the experience and passion to help us improve. We can’t learn everything ourselves via trial and error. Take the examples of tennis stars Roger Federer, Novak Djokovic and Rafael Nadal. They have achieved so much, still they need someone to guide them.

A coach is an integral part of a sportsman’s success. As a former player, the coach’s experience of having already tackled a similar situation would come handy.

From a strategic point of view, when you are in the middle and enduring a high-pressure situation, as a player you tend to miss out on certain things. That’s when you need external help. Someone sitting outside, with a smarter cricketing brain, would be able evaluate the situation better. When a captain talks to the coach during the session break, he gets clarity of thought. He gets fresh ideas and strategies.

When India won the World Cup in 1983, the team didn’t have a coach. But the game has evolved a lot over the years. It has become much more professional.

In a way, John Wright’s appointment as first foreign coach in 2000 changed the landscape. When he first started, the team had John and a physio, and it took a while to convince people that a fitness trainer is essential. Players simply used to run up and down. The concept of weight training was unheard of.

Now, look at the way the team has improved their fitness. Their training sessions, eating habits, diet charts, recovery and lifestyle, everything is monitored these days.

John and Sourav Ganguly were a great combo. Both worked in sync and gave us a lot of clarity. Ganguly was a taskmaster as a captain and John too had to work hard to settle into our system. A coach has to be adaptive and flexible. In the past, Indians had apprehensions about having a foreign coach. With the advent of the IPL, we are at ease with foreigners now.