A joint parliamentary committee probe is the only way to resolve Rafale controversy. 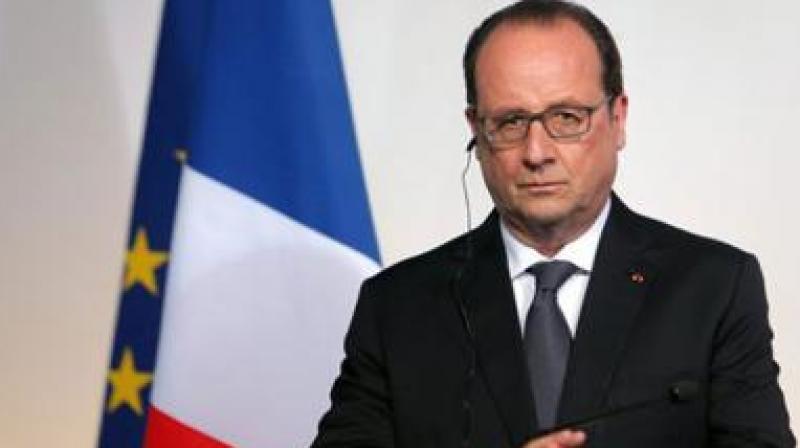 Obfuscation, ridicule, diversion and digression have become the trademark of replies coming from the government over the Rafale deal. The fact is that the off-the-shelf purchase of 36 Rafale aircraft was an arbitrary decision of the Prime Minister, who without any mandate from the Cabinet Committee on Security decided to do away with the three important things of the original tender for the purchase of 126 planes — transfer of technology, Hindustan Aeronautics Ltd (HAL) as a partner of Dassault to manufacture 108 planes, and more importantly, the approved price of `526 crores that went up.

Then French President Francois Hollande has clearly claimed in an interview that in the new deal to purchase 36 aircraft, the Indian government proposed Anil Ambani’s Reliance Defence for the “offset contract” and the French government didn’t have a choice but to accept it. Admittedly, this 36-aircraft deal was negotiated between Mr Hollande and PM Narendra Modi. Neither Mr Modi nor the French government have stated that Mr Hollande is not right. So the fact remains that the interest of HAL was compromised by this government. Every other day we see new revelations in this deal. The nation is shocked at the quagmire in which the government finds itself in. Hence, to clear the air, the best course of action would be to go for a joint parliamentary committee (JPC) probe.

Instead of responding to our charges, the government is coming up with outlandish statements. The government says the Congress is in possible collusion with Mr Hollande. Now that the Rafale scam has exposed rampant corruption, the Narendra Modi government is seeking shelter behind the bogey of Pakistan. The PM is accountable to the nation and must answer them.

A delegation of the Congress already met the Comptroller and Auditor-General (CAG) pointing out gross discrepancies in the purchase of 36 Rafale aircraft. We pointed out how the exchequer lost `41,000 crores by the purchase of an aircraft, which the UPA was buying for `526 crores at the rate of `1,670 crores by the Modi government. We pointed out how the government and Mr Modi are personally responsible for violating the Defence Procurement Procedure.

After that, our party delegation has also met the Central Vigilance Commissioner. It is for the CVC to determine who has violated (laid down procedures); and naturally we do expect that they have taken cognisance when we handed over the memorandum.

We have approached all constitutional bodies, have gone to the people and explained to them in detail the contours of this scam. Now the government should not run away instead agree to our demand and immediately constitute a JPC to ensure that all the facts come out and the guilty are brought to book.

The writer is a secretary of the AICC

Cong shifting focus from Agusta scam
Devang Dave
Much has already been discussed and debated about the Rafale deal. It is today the Congress’ favourite word after Prime Minister Narendra Modi and Sonia Gandhi. The twin-engine Medium Multi-Role Combat Aircraft (MMRCA), manufactured by Dassault Aviation, a French firm, is an omnirole aircraft that is capable of performing a wide range of combat roles while ensuring in-depth strike and anti-ship attack. Sadly, the aircraft that was supposed to help the Indian Air Force soar high has been reduced to a matter of pure media-fodder.

Rafale was not India’s sole choice, as six renowned aircraft manufacturers competed to bag the contract upon knowing the Indian government’s mammoth plan to transform its Indian Air Force fleet. Hence, the question of favouring Reliance never occurred in the first place.

A lesser-known fact: the procurement process began way back in 2001 when there was a requirement by the Indian Air Force for fighter jets.

The then defence minister, A.K. Antony, gave a green light to the project to buy 126 aircraft in August 2007. This initiated the bidding process over a decade ago.

This deal was initially estimated to be worth Rs 54,000 crores. The plan included acquiring 126 aircraft, 18 of them imported and the rest to be manufactured by India at the Hindustan Aeronautics facility.

However, innumerable reasons, mainly due to political causes, led to the indefinite delay in signing on the dotted line.

According to sources, the price of an aircraft was about Rs 740 crores and India wanted less than 20 per cent, lesser cost. Though the initial plan was to buy all 126 aircraft, India brought it down to only 36, that too in ready-to-fly-condition.

PM Narendra Modi, after coming to power in 2014, scrapped the deal as it was going nowhere, only to gain re-momentum after Mr Modi’s visit to France in 2015.

The renegotiated deal, thanks to the sustained negotiations, led by the Narendra Modi government led to a further savings of Rs 12,600 crores.

The Congress resorted to cheap tricks as always. The Government of India clearly stated that the NDA was now getting 18 fighter jets for around $90 million each, against the $100 million of the Congress.

The present agreement was signed only between the two governments involving no middlemen, like the much-publicised Bofors deal under the UPA government.

Most importantly, it is to be understood that the procurement process does not involve any Indian private party or individuals, as was the case in the previous UPA government. It is quite evident that the Rafale deal was signed after meticulous procedure and compliance.

The Congress is trying to direct attention from the infamous AgustaWestland scam. Its tried and tested formula of indulging in blame game politics is affecting an important deal involving national security.

The underlying fact is the Congress is unable to digest that the NDA government, under the able leadership of PM Modi, managed to secure a deal that was lying in the files for ages, for a considerably lower sum.

In my opinion, a joint parliamentary committee probe seems meaningless, considering the numerous facts already presented by the Modi government.

The writer is national convenor, BJYM, IT and social media committee