The AFSPA now needs to be removed or at least relaxed in Kashmir. 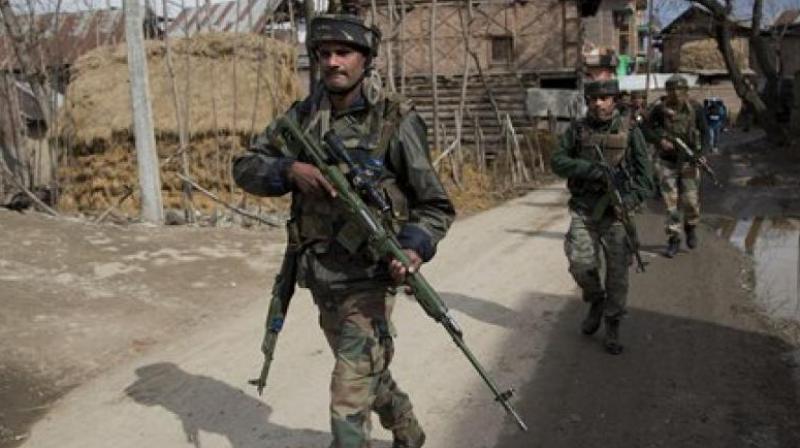 AFSPA gives special powers and immunity to the armed forces in areas declared as “disturbed” by the government. (Photo: Representational/PTI)

The Armed Forces (Special Powers) Act (AFSPA) was imposed on J&K in the 1990s to help the security forces in combating militancy in a more effective and unhindered way. At that time there were thousands of militants, most of them trained and fully armed from across the border. It was truly a situation of proxy war. The armed forces did need extraordinary powers, including blanket legal protection for unhindered operations. Soon militancy was successfully contained even though there were gross violations of human rights, including extra-judicial killings, mass rapes and massive destruction of property. All such actions were justified on the plea there was no other way to control the situation.

The situation was, to a great extent, brought under control by the mid-1990s, when elections were held and Dr Farooq Abdullah returned as chief minister. The coming years saw more improvement in the situation, with only isolated cases of violence reported from different parts of the state. Most of these could be dealt with even under normal laws and there was no necessity for the extraordinary powers continuing to vest with the security forces. However, in spite of repeated requests by successive state governments and almost all prominent political leaders, the extra-judicial power to the security forces was not withdrawn. A number of cases wherein Army personnel were charged with gross violations of human rights could not be prosecuted as the Central government refused to give permission for prosecution. All these cases were then transferred to Army courts for court-martial, but the accused were let off.

The most glaring case was the Pathribal incident, in which five villagers, allegedly involved in the murders of the Sikhs of Chattisinghpora during the visit of US President Bill Clinton to India, were killed. This case too was transferred to the Army for court-martial and the accused were allowed to go scot-free.

The new wave of militancy has risen mostly due to the extreme harassment carried out by different security agencies, including the armed forces. The Burhan Wani phenomenon was a result of this harassment. In fact, most of the new militants who have risen in different parts of the Valley have claimed that they were forced to join militancy due to the continuous harassment from the security agencies, including the Army.

It is a well-established fact that the militancy now consists of isolated instances, mostly by local boys. Both the J&K police and the Army have admitted that there exist hardly 200 militants in the state. In such circumstances there is no justification for continuing this draconian provision. The sooner it is removed, the better it would be for an overall improvement in the situation.

The Bharatiya Janata Party welcomes the Central government’s decision to withdraw the Armed Forces (Special Powers) Act  totally from Meghalaya and from eight out of 16 police stations in Arunachal Pradesh, almost 25 years, after it was first imposed in these states. This indicates that violence and insurgency in these two states has reduced.

However, it still remains in force in a few Northeastern states as well as in the state of Jammu and Kashmir.

We really hope that peace prevails soon in Jammu and Kashmir so that AFSPA is lifted from there too. AFSPA gives special powers and immunity to the armed forces in areas declared as “disturbed” by the government.

In 2017, the Northeast region reported just 308 incidents related to insurgency; this is the lowest since 1997. Since there was 85 per cent reduction in cases of insurgency, it was time to withdraw Central forces from the state and leave the responsibility of maintaining safety and security of citizens to the state administration.

But the situation in Jammu and Kashmir is still a matter of concern. Separatists, with the support of political parties and leaders of the state, are continuously trying to hamper peace in the Valley. The Narendra Modi-led Central government wants a peaceful and prosperous Jammu and Kashmir and this is the reason the BJP joined hands with the PDP to form the government in the state — the state was heading towards a hung Assembly as no single political party had gained a clear majority in the elections back then.

It was the BJP that sacrificed its own basic political stand for the peace and development of the region and agreed to align with the PDP to form a government under the leadership of Ms Mehbooba Mufti and Dr Nirmal Singh.

The PDP has never been ideologically very close to the BJP, but looking at larger interest of the state such a step was taken.

The state of Jammu Kashmir has always had a major impact across India. Hundreds of Army and security personnel have laid down their lives to maintain peace in Jammu & Kashmir.

The BJP is in favour of revoking AFSPA but it is a strategic decision, to be taken after the home ministry conducts a “security audit”.

Considering the intentions of the notorious neighbour Pakistan, the government cannot risk the safety and security of the people of the state.

The government is responsible for the safety and security of people and it remains our top priority. Though we hope that AFSPA is revoked from the state of Jammu and Kashmir very soon, the present conditions demand that it remains in force till situation is normalised.