After three years of Modi Sarkar, we are still nowhere close to achche din. 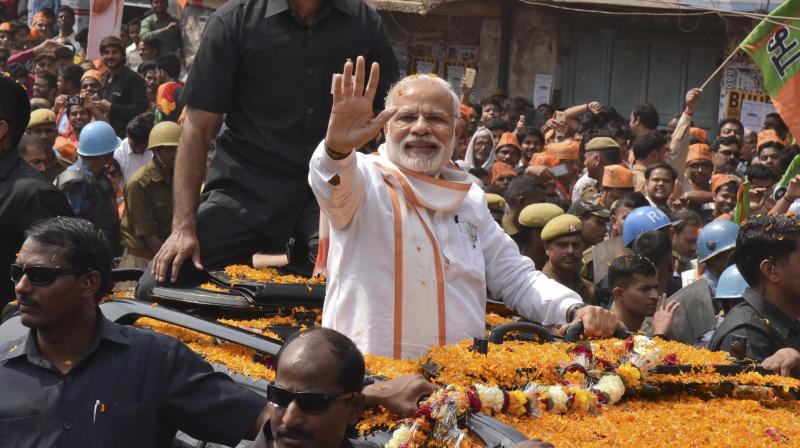 Even the agenda of the BJP is now showing its true colours; under the banner of nationalism they are showing orthodoxism, demonetisation covered illegal black money of their beloved corporates. On one side they want Swachh Bharat, on the other they provoke riots in the name of religion, caste — whether it is in Meerut, Saharanpur, etc.

The promise of an equal answer to Pakistan on ceasefire violations has also been seen as a jumla, nothing else. The main agenda of the BJP has been revealed in these three years. A news channel showed minister of state Jitendra Singh giving an assurance to Kashmiri pandits on a video sting, but the BJP-ruled Uttar Pradesh government is blank and mute to what is happening in Saharanpur. Doesn’t this indicate that there is no intention to save the backwards and dalit samaj?

After demonetisation, GDP has fallen by two per cent and now the implementation of GST will also lead to a setback to small businessmen. I am not against GST, it’s the method of implementation and the policies made that are not clear.

Farmer suicides are causing yet another alarming situation in India as the agricultural sector is depleting due to non-favourable conditions of farming, but the Narendra Modi government can spend crores on advertisements or on foreign tours, but nothing for the poor farmers.

We can even see people talking about hacking of EVMs, which is again a serious allegation on an independent body like the Election Commission. I am not sure about what is the truth, but why has such kind of doubt been created amongst the masses? Because the government has failed to connect with the people and win their confidence.

All the policies of the Manmohan Singh government are being implemented with a new book cover. The NDA is not able to even satisfy its allies. In some cases there is even a lack of consensus amongst its party leaders. Talking about unemployment is again a challenge for the youth, but the government is only creating false hope by launching fake schemes, like Mudra loans, startup, stand up, because when you go to avail such loans and schemes the fine print shows that you are not eligible for them, and it’s again next to impossible to avail them.
The writer is an AICC secretary

BJP has more to crow than the Congress: Aditya Jha
A week ago, the Congress fired a 10-point salvo at the government headed by Prime Minister Narendra Modi, which amounted to a very critical expose of its three years in office. Congress leaders were gung-ho about listing the failures, rather than the successes of the ruling side.

The Congress continues to struggle to counter Mr Modi, and therefore has decided not to target him personally as he enjoys popular support, but to focus on criticising his government’s schemes and policies.

But if a careful scrutiny of the BJP-led NDA’s performance since 2014 were to be undertaken, it would suggest, at least on paper, that under the leadership of Mr Modi, the government has much to crow about in comparison to the achievements of the previous decade-long UPA rule.

The BJP leadership, led by Mr Modi and party president Amit Shah, has said that in the last three years, it has ended “the politics of family, sectarianism and appeasement in the country”. The Modi government has taken decisive steps to restore probity in political and public life and made the purloining of black money ineffective through demonetisation.

The PM’s clarion call for a mission to create and usher in Swachh Bharat has to be seen as a landmark result-oriented initiative, with over four crore toilets having been constructed across the country. A political party that started out with only 10 members now is the world’s largest political party with more than 11 crore members.

The major foreign policy successes include providing relief to Nepal, receiving FDI of approximately $70 billion from Japan, China, US, Australia, pressing the United Nations at the bilateral and multilateral levels for a permanent Security Council seat, putting Pakistan on the defensive by extending support to the people of Balochistan, cozying up to the US, Japan, Australia to keep China at bay, but at the same time aligning with Beijing where our interests match, as for instance the Brics Bank and the New Development Bank.

Domestically, there is zero tolerance for corruption in the Central government, as opposed to what prevailed under the previous UPA government.

A consolidated GST regime has been put on fast track for implementation by July 1. Soviet-era top-down planning has been replaced by a Niti Aayog comprising of all chief ministers.

The plan is to celebrate a “festival of democracy” between May 26 and June 15. A three-year report card will be presented to the people on May 25. Union ministers, chief ministers, MPs and MLAs will reach out to the people to propagate how various programmes have helped the people.

The writer is a Delhi BJP leader