Age Debate: A real protest or a farce?

PM Modi’s fast against the disruption of Parliament is just a political gimmick. 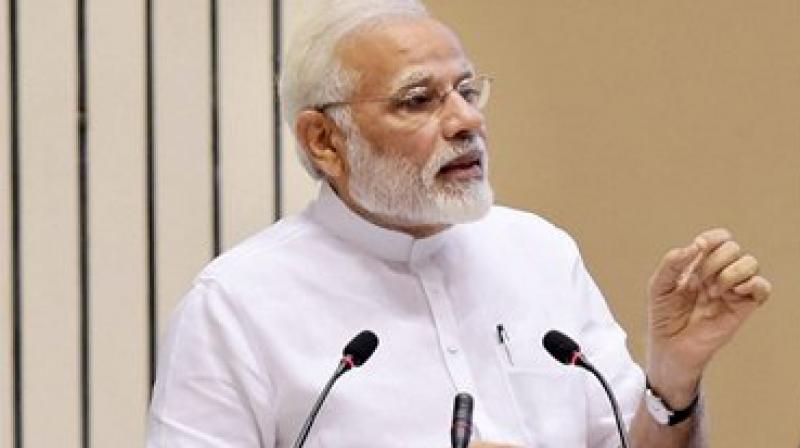 It is nothing more than a farce
Arjun Puri
Prime Minister Narendra Modi is diverting the people’s attention from his inability to resolve contentious issues with a day-long fast on April 12. This is ridiculous and an attempt to run away from crucial issues raised by the Opposition in the just-concluded Parliament session.

The TDP pulled out of the NDA in March over the Centre’s refusal to grant special category status (SCS) to Andhra Pradesh after 14th Finance Commission removed the SCS concept. The atmosphere of protests in the country was because of the BJP’s ideology “to divide the country and crush dalits, tribals and minorities”. The Congress wanted to debate issues such as the PNB scam, CBSE paper leak, alleged dilution of SC/ST Act, special status to Andhra Pradesh and setting up of the Cauvery water management board.

We won’t allow the politics of hatred and division aimed at garnering votes to succeed. The entire country knows that Mr Modi is anti-dalit. The BJP follows the ideology of oppressing dalits, tribals and minorities. The Congress will stand against it and defeat the BJP in 2019 general election. Even the BJP’s dalit MPs say that Mr Modi is “casteist”.

To divert the people’s attention, Mr Modi and his team is staging a political drama of a one-day fast.

It’s an irony for the country that Mr Modi is calling ruling party MPs to hold a day-long fast to protest against the disruption of parliamentary proceedings by Opposition parties. In a parliamentary democracy, it is the responsibility of the ruling party and its leadership to ensure the smooth functioning of Parliament, but the Modi government, instead of doing this, is blaming others for its failure.

Instead of keeping a fast, and blaming the Opposition for disruption in both Houses of Parliament,

Mr Modi must explain to the people why he ran away from a discussion or tried to silence voices raised against it.

Due to the non-serious and dictatorial attitude of the ruling party, over 200 important hours of Parliament have been lost. No serious attempt was made by the government to end the logjam.

Knowing its role as the main Opposition party, the Congress wants to discuss and deliberate important issues. It wants to discuss the details of the Rafale deal, but the government deliberately avoided it by not allowing Parliament to function.

To avoid a discussion on any subject of public interest, the government secretly promoted the disruption of the second half of the Budget Session, which also passed the crucial Finance Bill without any discussion. The Modi government should be ashamed of disrespecting Parliament and killing the voices of the Opposition in both the Houses.

It’s the ruling party’s own allies that did not allow Parliament to function. The government did not pay any attention to the demands of its allies.

Why is Mr Modi and his party observing a fast? Will they tell the people that they intentionally avoided a discussion on the floor of the House, which may have exposed their failure or misgovernance? The PM’s fast is nothing more than a farce. The PM should instead apologise to the youth, dalits and other sections of society who have been let down by his government.
The writer is a Youth Congress leader

Mr Modi means business
Harish Khurana
Prime Minister Narendra Modi and BJP president Amit Shah, along with all BJP MPs, will observe a day-long fast on April 12 to protest against disruptions during the recently-concluded Budget Session of Parliament. The Lok Sabha lost nearly 128 hours due to disruptions and adjournments during the session. Only five bills were passed and another five introduced in the House.

Mr Modi will be doing his work from office while on fast and Mr Shah will be sitting in Hubli, Karnataka.

As usual, the Opposition is making a hue and cry of this and terming it as a political gimmick. It has now become a routine for the Opposition that whatever Mr Modi does is politics, which is wrong.

The Congress is doing divisive and negative politics — that is why the Budget Session witnessed only four per cent productivity in the Lok Sabha and eight per cent in the Rajya Sabha. If it was a gimmick, then why would BJP MPs forego their 23-day salary? If the Congress and other Opposition parties were worried about the Budget Session, even they would have surrendered their salaries.

The Congress is blaming the BJP for doing the same in the past, but this case is different. The UPA government at that time was not ready to discuss corruption and other issues. In our case, the NDA government was ready for a discussion, but the Opposition was not ready. In fact, they could not even unite to bring in a no-confidence motion on the floor of the House. This showed the seriousness of their motion, and it proved they only wanted to disrupt the House.

This was for the first time that the Finance Bill was passed without a discussion because of disruption. There were a lot of bills which were to be passed, but due to disruption in Parliament nothing could be done. They say the government is doing nothing and is trying to abolish SC/ST Act, but the Opposition is not ready to discuss anything.

The country saw the seriousness of the Congress when they called a fast at Rajghat led by its president Rahul Gandhi against the atrocities towards dalits by the BJP, but their own Delhi president Ajay Maken, along with two other senior leaders, were caught on camera eating chola bhaturas before the fast. After this incident, we call it a symbolic fast. They have made a mockery of fasting and showed their seriousness towards sensitive issues of the country.

We have seen in the past too that Rahul Gandhi preferred to stay out of the country or spread rumours and lies and do immature politics on sensitive matters. Mr Modi means business. He has instructed that MPs should also focus on about 20,844 villages where Scheduled Castes and Tribes account for over half the population.

All BJP MPs will spend a night in these villages while ministers will spend two nights in different parts of the country.

The Congress and other Opposition parties have to understand that they have to respect the temple of democracy: Parliament. They have to discuss issues on the floor of the House, otherwise people will ask them why didn’t they raise their points where they had to.
The writer is a Delhi BJP spokesperson