Reporters' Diary: UP caught in a saffron storm

The bureaucracy is now trying to arrange for saffron bedsheets and curtains in different hues for the Chief Minister’s official residence. 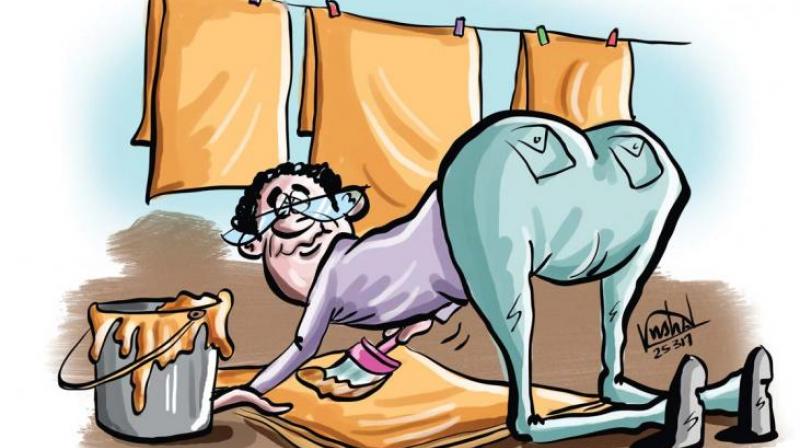 For years these white towels have been a part of bureaucratic paraphernalia, and no one ever thought of an alternative.

Power changes colour
Now that Uttar Pradesh is caught in a saffron storm, officials are having a tough time finding saffron towels. Immediately after Adityanath Yogi was sworn in as Chief Minister, his aides informed the concerned officials that the yogi used only saffron towels and did not take kindly to the white towels that are placed on the backs of chairs on which VVIPs sit. For years these white towels have been a part of bureaucratic paraphernalia, and no one ever thought of an alternative. But almost overnight, senior bureaucrats in UP were desperately hunting for saffron towels but apparently none could be found since saffron towels are not so popular.

One bureaucrat got a dyer and asked him to dye the white towels saffron. After the night-long exercise, saffron towels were ready to be used. “We were worried that if the colour starts running, we would be in trouble. But thankfully, the colour did not bleed,” admitted one official and woefully added that the Chief Minister did not even notice that they had got saffron towels for him. The bureaucracy is now trying to arrange for saffron bedsheets and curtains in different hues for the Chief Minister’s official residence. That is what is called going saffron with a vengeance.

Rout’s masterstroke
For Biju Janata Dal’s leader and senior Odisha minister Damodar Rout, ethics is above politics. Although he has paid heavy price in the past, including losing his ministerial berth, for publicly finding fault with his own government, he has never compromised with his morals. When the scribes on Friday wanted to know his viewpoint on the alleged grabbing of Swargadwar graveyard land in Puri by some influential persons linked to the BJD, Dr Rout minced no words to condemn the act. 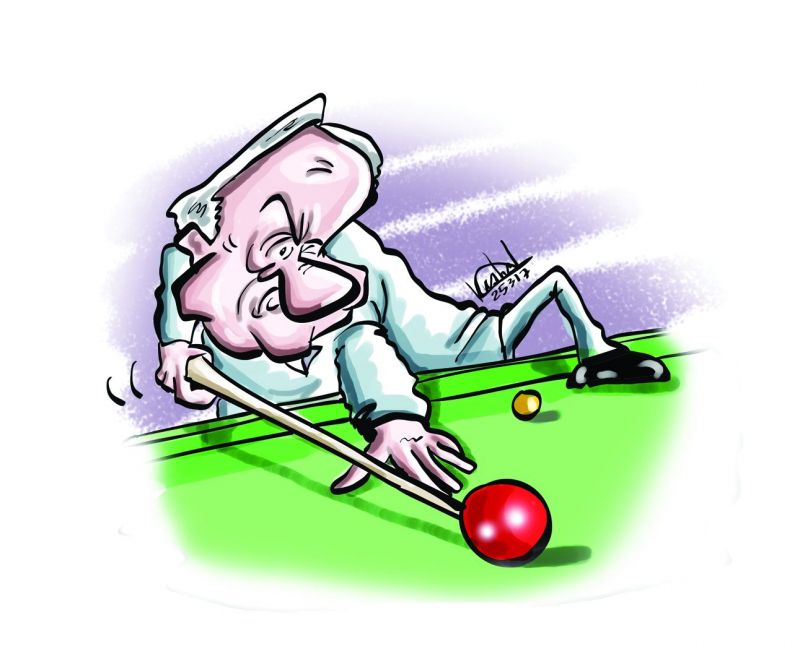 “Swargadwar is a part of Sanatan or Hindu religion and tradition. People cremate bodies of their near and dear ones here with the belief that they would be free from rebirth. Those who have grabbed land are bidharmi (non-religious) and they would die a miserable death. If anyone or establishment protects these bidharmis, the individual or entity would face the same fate,” said Dr Rout.
Contrary to expectations, the CM has ordered a high-level probe against Dr Rout.

When Sidhu sat on the CM’s chair...
During the first session of Punjab Assembly held this week to administer the oath of office to the newly-elected Assembly MLAs, there was a lot of discussion over the sitting arrangements as the Aam Aadmi Party wanted its alliance partner Lok Insaaf Party legislators to be seated on the front benches. 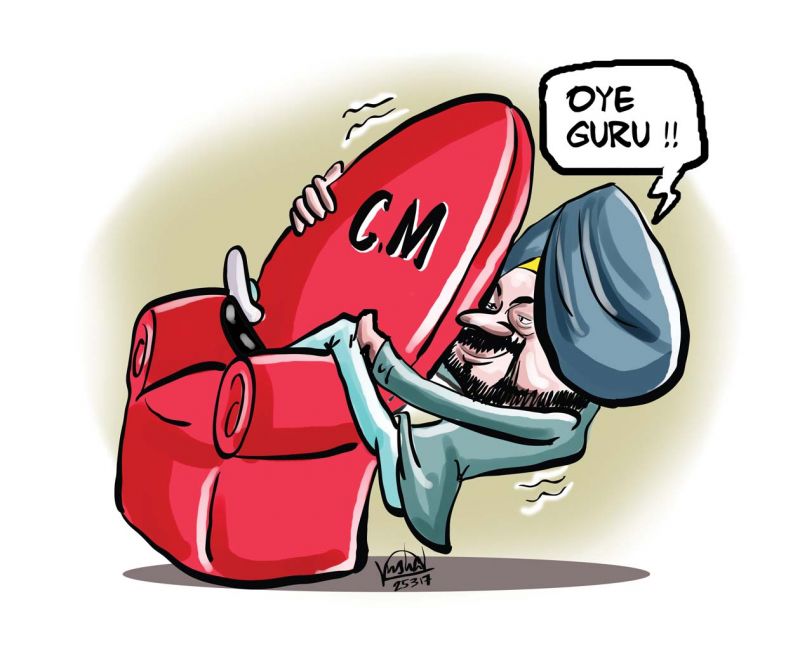 Chouhan’s newfound love
In politics, relationships can turn topsy-turvy. An “emotional” move by Madhya Pradesh Chief Minister Shivraj Singh Chouhan to settle differences with his arch rival and Union water resources minister Uma Bharti recently has caused flutter in the BJP. “Although, I consider her (Ms Bharti) as my didi (sister), I have always received motherly affection from her,” Mr Chouhan told reporters on the sideline of function recently. Though Ms Bharti seemed reconciled to the fact she had to step down as chief minister barely within a little over a year of leading the BJP to victory in MP in 2003, she  had reportedly squarely blamed Mr Chouhan for wresting power. Babulal Gaur had replaced Ms Bharti as “stop gap” arrangement after the latter resigned from CM’s post following a warrant issued against her in connection with a court case in 2004. 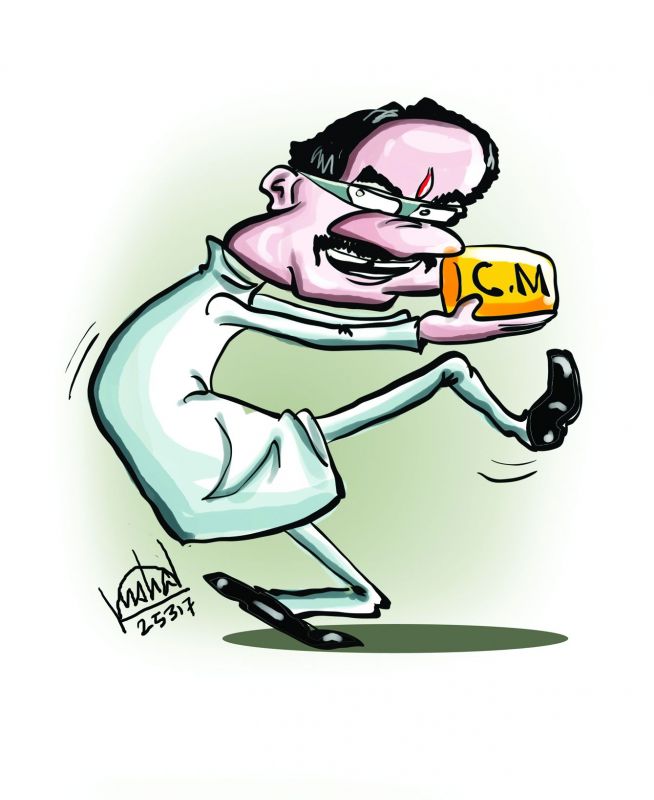 Ms Bharti had nurtured the hope that the post would be restored to her after settlement of the case, but in an unexpected development Mr Chouhan replaced Mr Gaur as MP CM a year later. Suspecting something fishy, she was often quoted saying “bachcha chor (child lifter)” had snatched away power from her, referring to Mr Chouhan. But when Ms Bharti heard about the “Didi-cum-Maa” feelings nurtured by Mr Chouhan towards her she said: “My ‘bachcha chor’ remark was never aimed at him (Mr Chouhan). The epithet was for someone else.” She, of course, refused to name who was her “bachcha chor”. “The term has lost its relevance now,” she quipped while flashing a cryptic smile.