‘Raid’ or a courtesy visit?

The police went to the minister’s official residence, even though he was not in Lucknow. 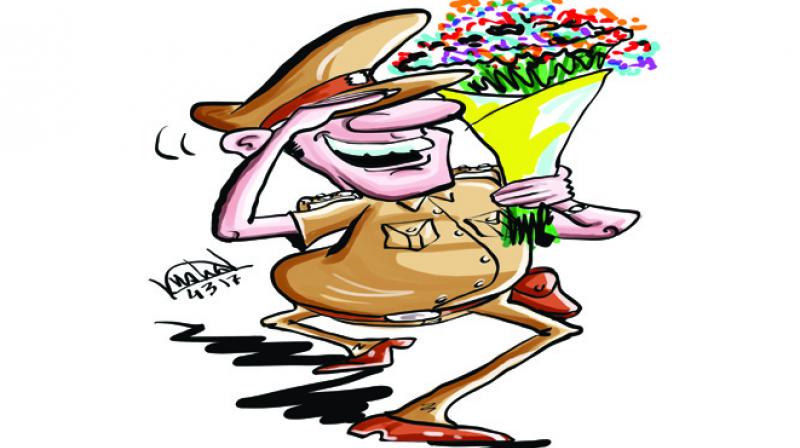 The cops then locked up the gates that are fitted with fibre sheets and completely blocked the view from outside, while the media stood outside.

The much-publicised “raid” on the residence of Uttar Pradesh minister Gayatri Prasad Prajapati, who is accused of the gangrape of a woman and her minor daughter and has been booked under the Pocso Act, was a badly executed farce by the Lucknow police. The police went to the minister’s official residence, even though he was not in Lucknow. The cops then locked up the gates that are fitted with fibre sheets and completely blocked the view from outside, while the media stood outside.

However, a small cut on one corner allowed a keyhole view of the bungalow. The cops were seen strolling around, sitting on chairs and biding time. After a while, the woman investigating officer came out and refused to divulge any details, saying that the matter was under investigation.

“It was not a raid but simply a courtesy visit by the cops. Most of the rooms were locked so they went back. If they genuinely wanted to arrest the minister, they could have done so easily because he is still moving around with his security personnel, who report to the police headquarters,” said a senior official. Another instance of Akhilesh Yadav’s “Kaam bolta hai” slogan. 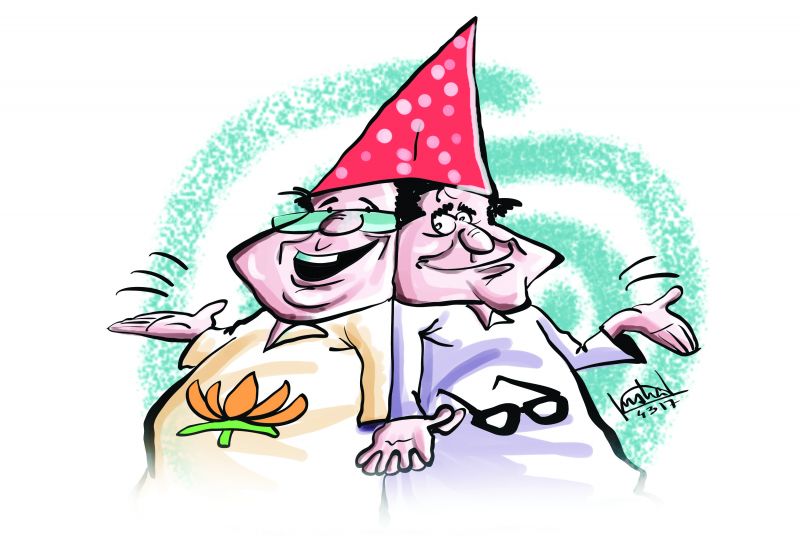 Reacting to the charge by the Congress benches, BJP minister Ram Vilas Sharma got up and said that the INLD was its alliance partner in the past, so they had to be considerate towards them. He added that in politics nothing could be ruled out and they might be together in future too, which left everyone in splits, including Congress legislators.

Silence is just not gold
Silence, they say, is gold. But for Odisha chief minister and BJD president Naveen Patnaik, it is more than gold as he very often uses it as a sharp and pointed political weapon to silence his opponents. 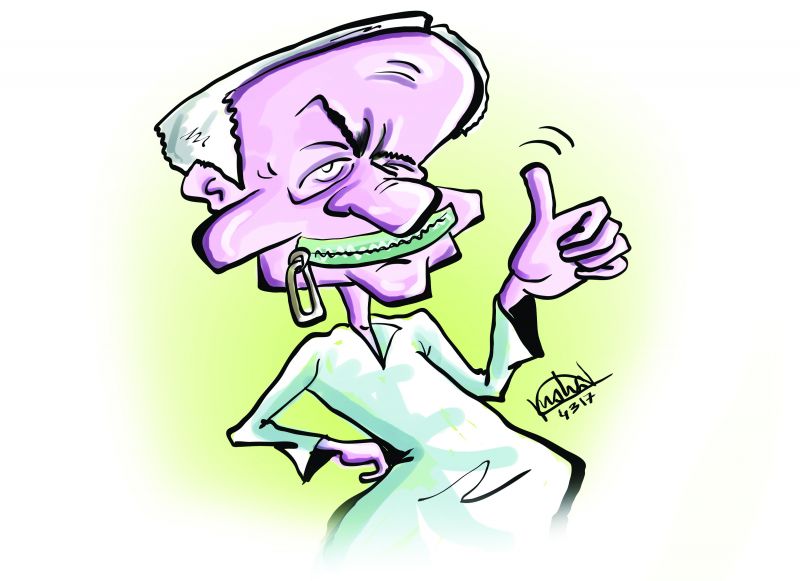 When Mr Patnaik did not open his mouth after his party lost nearly 200 zila parishad (ZP) seats to the rival BJP in the recently-held rural polls, BJP and Congress leaders said the CM was in shock and had lost all moral courage to react to the loss. The media also criticised Mr Patnaik for his silence.

Breaking his silence two days after the results of rural polls, the CM said his party might not have done well in some districts. But it did not mean that the party had lost its number one position. He even tried to present the results before the public as a well-deserved “opportunity” for self-introspection.

“The results also indicate that people expect more from us and we will certainly work hard to meet their expectations. And the BJP need not exult with the ZP results as we are poised to retain power for the fifth term in 2019,” said Mr Patnaik, as BJD leaders surrounding him clapped in unison.

A man standing beside the CM was heard saying, “Our leader’s silence is just not gold, it’s diamond indeed.”