‘Lifebuoy’ for tandurusti: Can CSR build a healthy and TB-free India?

Studies estimate that India loses up to 2.5 per cent of its GDP due to micronutrient (vitamins and minerals) deficiencies alone. 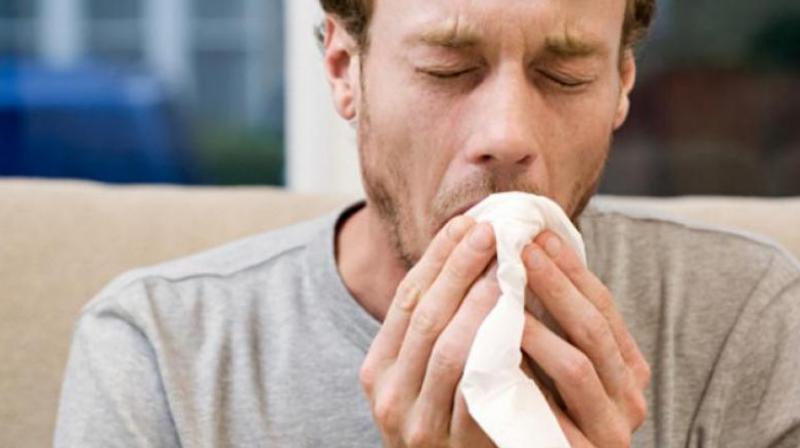 India shoulders a quarter of the global burden of tuberculosis and hunger. The Global Hunger Index (GHI) ranked India 102nd of 119 countries in 2019 because one in seven Indians — about 19.5 crores — are undernourished. Affected Indians suffer stunting, are physically depleted, and are vulnerable to illnesses. In 2018, over 27 lakh Indians developed active TB disease and an estimated 4.4 lakh Indians died of TB — the highest number of cases and deaths of any country worldwide. Both these conditions insidiously deplete India's human capital. If India is to soar to the heights to which we aspire, we must address two insidious conditions that weigh down the economy — malnutrition and tuberculosis.

Malnutrition and TB not only hurt individuals and families, but also businesses and the economy. Tuberculosis acutely decreases productivity at work, increases risk of infecting co-workers, and may force businesses to hire and retrain new workers to replace ailing ones. The economic stress of TB diminishes disposable income for discretionary purchases: from real estate to air tickets and vacations; from automobiles to durables; from fashion to even fast-moving consumer goods. Families that earn more than 3.2 lakh annually lose five per cent of their annual income to TB; and those that earn 0.5-1.2 lakh annually lose as much as 20 per cent of their annual income. This contributes to reduced sales and depressed margins for private sector firms across industry sectors.

Studies estimate that India loses up to 2.5 per cent of its GDP due to micronutrient (vitamins and minerals) deficiencies alone. The loss is likely larger when we account for deficiencies in proteins, carbohydrates, and fats. Similarly, in 2016, TB cost the Indian economy 23.7 billion USD: around one per cent of India's GDP. Given the complexity of estimating direct and indirect costs, these figures may underestimate the economic impact of malnutrition and TB in India.

It is not coincidental, that India has a high burden of both malnutrition and TB. Doctors have known for many decades that malnutrition weakens the immune system. Consequently, malnourished individuals are more likely to develop TB. In some areas of India, more than half the cases of TB can be attributed to severe malnutrition and is the leading accelerant of the TB epidemic. Not only does malnutrition increase the risk for TB, it also increases the severity of disease. Malnourished patients recover more slowly and are also more likely to die of TB disease. Food is the most needed medicine, the most needed vaccine.

Recognising that malnutrition and TB are intertwined is vital to designing good public health policy. Prime Minister Narendra Modi’s administration aims to eliminate TB by 2025. Although the national programme has made substantive advances in improving access to TB testing and treatment, efforts to address the pervasive malnutrition in our country have been anaemic. The `500 monthly subsidy offered by national TB program to buy food is a step in the right direction, but — to quote Robert Frost — we have “miles to go” before we sleep. And while India can take pride in programmes like the public distribution system and the midday meal program, these programs have inherent problems and limitations. Without rapidly improving nutrition for the most vulnerable Indians, India’s audacious plan to end TB will be doomed to fail. The government must invest in meals as it does in medicines.

The Indian private sector has a history of contributing to national needs at moments when the government's capacity was limited. For instance, at the dawn of Independence when India was dependent on imports for subsistence, visionaries like Jehangir Ratanji Dadabhoy Tata  invested strategically in core industries like steel, chemicals, hydroelectric power, and atomic research. Tata even gave India its first airline. Such private sector efforts helped the fledgling economy flutter into the skies.

Today, we believe India’s private sector also needs to bring its considerable resources and original thinking to bear on this important aspect of nation-strengthening: the elimination of malnutrition and TB. Private businesses often have the logistical networks, reach, span and innovative spirit that are necessary to make grassroots interventions a success. The Indian government struggles at times to bring medicines and rations to the interiors of India, but Coca Cola is able to maintain a steady stock of beverages. In the smallest towns and villages of India, children still enjoy Horlicks and adults their cup of Lipton tea even as they shave with Palmolive shaving cream and launder with Surf.

“Eradicating hunger, poverty and malnutrition, promoting health care including preventative health care” is in fact the first subject in Schedule VII of the Companies Act 2013 which prescribes the core areas to be targeted with corporate social responsibility funds. Private business can contribute through monetary support of existing products, logistical support in getting food products to the most vulnerable Indians, and pro-bono donation of nutritional products. We believe these would constitute the most cost-effective, timely, and necessary use of corporate social responsibility (CSR) funds.

In particular, providing nutritional assistance to vulnerable households impacted by TB will decrease the likelihood of family members developing the disease, while also easing the household's financial burden and increasing likelihood of treatment success for persons already affected by the disease.  It will also, we believe, help achieve the important goal of a “TB-mukt Bharat (TB-free India)”.

Becoming involved in the fight against malnutrition will not only serve to fulfill the CSR mandate, but shall also enhance the company’s brand reputation in the local communities and have a direct and tangible impact on the health of the community and the country.

Seventy-two years since independence, India remains fettered by the steady erosion of our human capital. It is a time for nation strengthening. It is a time-once again-for visionaries. Who will answer the call?

Pranav Sinha is the Global Technical Community Leader for Audits at ERM and has advised more than 100 multinational corporations on maximising their positive impact on the environment and local communities in Asia, Africa, North America, and Europe over two decades.

Pranay Sinha is a physician who is currently working as an Infectious Diseases Research Fellow at Boston University School of Medicine. His research focuses on the impact of malnutrition on India's tuberculosis epidemic.