Food production is not the only issue to mitigate India’s food problem. 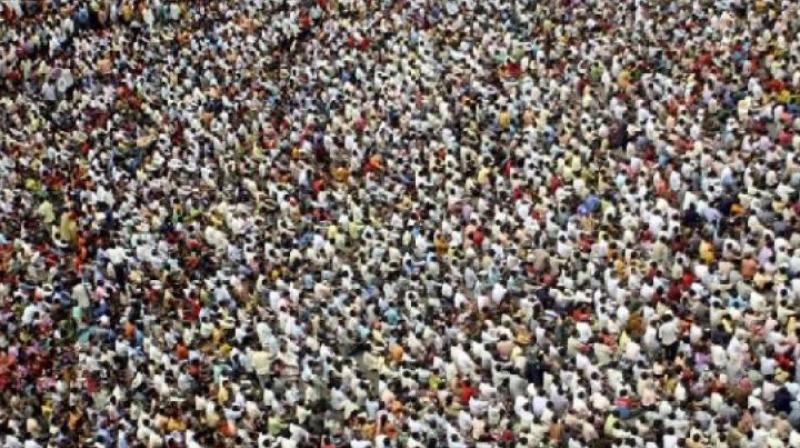 By 2050, India’s population is likely to reach 1.7 billion, which will then be nearly equal to China and the United Sates combined. A fundamental question then is can India feed 1.7 billion people properly? If the food availability is stretched now, what is likely to be the situation in 2050 when India will have an additional 430 million mouths to feed?

With a population of 1.28 billion, India is the second most populous country in the world, but not for long. We will be the biggest in just a few years. India was not always as large as it is now, both in terms of population or economy. The year 1921, known as the “Year of Great Divide”, is regarded as most important in the demographic history of India. It marked a drastic fall in mortality and the swing from a pattern of a relatively stable population to one that was rapidly increasing. The population grew very slowly in 1801-1921, from about 200 million to 220 million. It is then that our population really took off to reach the stratospheric levels of today.

The population growth rate reached a high in 1981, touching 2.22 per cent, a trend that has since been on a decline. Over the span of just about one century, India’s population increased by as much as six times. Estimates suggest that India has added approximately 200 million people since 2000. We can look forward to another 300-400 million by midway this century. Feeding India hence has always been and for the foreseeable future should be the uppermost of our concerns.

Agriculture plays a vital role in India’s economy. Over 58 per cent of rural households depend on agriculture as their principal means of livelihood. Agriculture, along with fisheries and forestry, is one of the largest contributors to the gross domestic product (GDP). The share of agriculture to GDP and employment in 2012 were 18 per cent and 50 per cent, and tell a tale quite vividly. Agriculture is becoming less important to the economy, while remaining critical to employment. Census 2011 says there are 118.9 million cultivators across the country, or 24.6 per cent of the total workforce of over 481 million. In addition, there are 144 million employed as agricultural labour.

Clearly, our future is entwined with how much more water we can harness for agriculture, and how much better we utilise it. According to the 2001/2002 Agriculture Census, only 58.1 million hectares of land was actually irrigated in India. The total arable land in India is 160 million hectares (395 million acres). According to the World Bank, only about 35 per cent of total agricultural land in India was reliably irrigated in 2010. India has nearly 30 per cent of global annualised irrigated areas, and is the leading irrigated area country in the world.

In the so-called “poverty square” of South Asia, more than half of the farmland consists of marginal and small farms less than one hectare in size. Moreover, because of rapid population growth, the average farm size in this region has decreased by half every 15 years since 1960.

The journey from the ship-to-mouth dependence on PL-480 wheat to the self-sufficiency ushered in by the Green Revolution and now to the overflowing buffer stocks has been a long one. It was a success story like few have been in the world. But a stagnation of growth in agriculture now threatens our food security.

In a commissioned study of the ministry of agriculture it is pointed out that given the current rates of population and income growth, India will have to post a growth of 4.2 per cent in cereal production till 2020 instead of the less than two per cent it has been achieving in the previous decade. It also predicts that with a reasonable rise of 50 per cent in the use of fertilisers, expansion of irrigation and technological improvements, cereal production would be 260 million tonnes by 2020.

With a growing population, accompanied by rapidly growing prosperity, we will witness an exponential rise in demand, requiring a higher per capita availability. In 2001 there was an annual per capita availability of approximately 181 kg of cereals in India. By 2020 this requirement will be close to 215 kg per capita after accounting for the fact that as incomes increase per capita, consumption too will increase. Alongside this, the growth of per capita income, urbanisation and changes in taste will determine the demand of food mix. The demand for food consumables like meat and eggs in 2020 is expected to rise fourfold from 1993 levels, and for milk and milk products by as much as five times.

The growing demand for milk and meat items has manifold implications as modern dairy and poultry farm animals also consume quantities of cereals and oilseeds, thereby in real terms, reducing the effective amount of food produced. There are several such factors that spin a complex web of issues for policymakers to resolve.

However, an increasingly larger part of it is spent to support populist and economically irrational subsidisation of farm inputs and outright giveaways like free electricity. This in turn simply increases the burden on the government and detracts from the ability to make long-needed capital investments to make agriculture more productive and even profitable. The pressures of a growing population can be eased if policy measures focusing on improving domestic livestock and as well as cereal production are implemented. The irony, and one that is completely missed by the present government, is that improving livestock actually means their reduction. Already the widespread use of tractors has vastly reduced the use of oxen in farms.

What we all agree on is that if the country has to “take off” in economic terms, then we cannot have an agricultural sector that employs approximately 60 per cent of our workforce and continues to grow at two per cent per annum. There is an urgent need and scope of Indian agriculture to become efficient and aid the country’s development, rather than burden it.

Even so, food production is not the only issue to mitigate India’s food problem. Even if India could produce enough food to feed its people, the problem still is to put enough money in their hands to buy more food.