Good politics means winning votes and, in India, that is usually by more unaffordable populism. 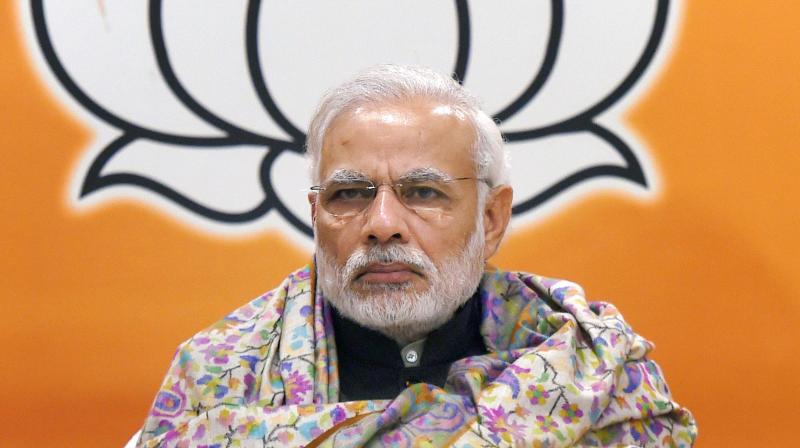 Having dug himself into a hole with demonetisation, Prime Minister Narendra Modi needs to make a huge effort to climb out of it. But there are severe limitations on what he can do. The first Budget was a great opportunity for reversal by dealing with burgeoning unmerited subsidies, huge tax-giveaways, unproductive industrial investments and making the investments needed building and modernising infrastructure, creating 12 million jobs a year and reforming governing structures. That was the great opportunity for good economics. He missed it. Now it is time for what passes off as good politics. Good politics means winning votes and, in India, that is usually by more unaffordable populism.

Unfortunately, the government is backed up against a wall. Most economists and educated observers in India and abroad have concluded that the big axe of demonetisation — wielded with savage force and fury — was entirely ill-advised and ineptly implemented. The IMF has reduced 2016-17 growth estimates by one per cent, suggesting a loss of Rs 1.5 lakh crores. Others see bigger losses over a longer period. The well-regarded Centre for Monitoring Indian Economy (CMIE) has not only pared down real GDP growth this year to six per cent, but has opined: “We now expect this growth trajectory to shift down to about six per cent per annum for the next five years (up to 2020-21). The economy is unlikely to achieve a growth of seven per cent any time during the coming five years.”

This is even more significant considering that a few months ago, the CMIE was very optimistic about India’s economic prospects and had forecast growth to be between 7.5 to eight per cent. In effect, the CMIE has cut down its optimism by almost two per cent and expects the chill winds to blow for the next half a decade or so. That would be a huge blow.

The blame is all pointed at Mr Modi and he is under pressure, not only by a reviving Opposition, but also by the more conservative forces within the secretive and conspiratorial RSS. The election results in the three northern Indian states of Uttar Pradesh, Uttarakhand and Punjab will have a huge bearing on Mr Modi’s political future.

The trends seem quite obvious in Punjab, but being saddled with a burdensome ally affords Mr Modi a cushion against the barbs. Uttarakhand is too small to matter. The “make or break” state is Uttar Pradesh. The BJP won 72 out of its 80 Lok Sabha seats and this hugely expanded its parliamentary majority despite a 31 per cent mandate.

Political majorities easily change in UP and this must be very worrisome to Mr Modi. Adding to his concerns most definitely will be the aura of development and youth constituency that Akhilesh Yadav seems to be fast acquiring. What was till not long ago expected to be a cakewalk has now become a steep climb. Besides, Mr Modi has a record on not faring well in head-to-head contests in Assembly elections against charismatic regional chieftains, as in Delhi and Bihar. These states enjoy a certain co-sanguinity with UP and they tend to be similarly politically predictable.

What many people do not seem to realise is that almost 96 per cent of the Budget comes preset because of existing commitments. Allocations for interest, defence, salaries, and transfers to the states cannot be touched. Tax rates can be tinkered with, but cannot be lowered unless a case can be made for higher realisations. As it is India’s tax-GDP ratio is not very encouraging.

However, the power of incumbency is still a huge advantage for Mr Modi. The brahmastra for the season now must almost certainly be the Universal Basic Income (UBI) scheme — now being touted by many new-age economists as an idea whose time has come. The chief economic adviser, Arvind Subramanian, recently argued in its favour. Even the vice-chairman of the Niti Aayog, Arvind Panagariya, while opposing it seemed to be doing so for perceived budgetary constraints rather than for ideological reasons. The UBI entails the direct transfer of a certain amount of cash every month or week or even quarterly to every citizen. The figure bandied about is a UBI of Rs 1,000 per month. To the average Indian family of five, this will amount to a good Rs 5,000 pm. This will more than comfortably cover the monthly food bill and still leave a bit. But the cost of this will be over Rs 15.6 lakh crores a year. That is over 10 per cent of the GDP.

The subsidy bill on food, petroleum and fertilisers was estimated at Rs 2,31,781.61 crores. This was held down to about the previous years allocation mostly due to the falling oil prices. The petroleum subsidy was reduced to Rs 26,947 crores for 2016-17. Of this Rs 19,802.79 crores was earmarked for LPG subsidy and the rest is for kerosene. This subsidy varies with oil prices and was not long ago over Rs 1.30 lakh crores. But the bad news is global oil prices are on the rise again due to renewed cartelisation by Opec and Russia.

Besides these subsidies are political holy cows. Farmers, particularly in the irrigation intensive Punjab and UP, who are major users of fertilisers, will take unkindly to any reduction. Cutting down LPG subsidies will alienate the subsidy-fattened urban middle classes. Food subsidies are, in reality, subsidies to the big farm producers in Punjab and western UP because of minimum support prices (MSP), which increasingly are above market prices. Distribution of foodgrains under the PDS is just a fig leaf to cover high prices to big farmers. Thus politically speaking, touching these subsidies will be counter-productive and may neutralise any political benefits accruing out of UBI.

But Mr Modi could very well resort to a basic income to every person below the poverty line. This will entail a subsidy of about Rs 3 lakh crores a year. It’s still a big bill. But desperate measures are a big temptation in desperate times.