Cambridge flashback: Of life and times with Clive James

Clive was obviously aware of which side I took in the great international political controversy of the day — the American Vietnam War. 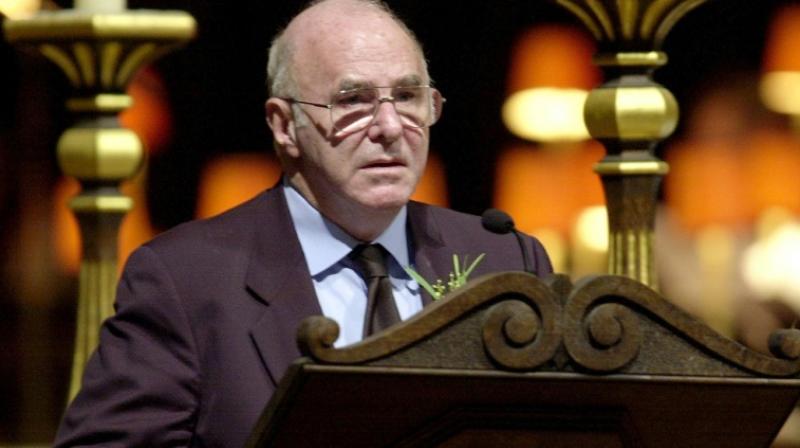 Clive James died last week — and you may be wondering, gentle reader, who the hell Clive James was. Or perhaps you do know him as a poet and have seen him reading and boasting at some literary festival.

To me he was someone who showed me small kindnesses when I left India at the age of 20 and came with great expectations and mild apprehensions to Cambridge University.

My first day at Pembroke College was uncomfortably memorable. The train from London was delayed owing to trouble on the track. I was consequently late for my first tutorial appointment and felt immediately wrong-footed by fate.

Nevertheless, I soon acquainted myself with college routines and at dinner in the 16th century wooden-beamed “Hall” made the acquaintance of an Australian undergraduate, also a “fresher”, who struck up a conversation exchanging names, countries and courses We walked out of dinner together and this John Hay encountered Clive James and two American undergraduates in the Junior Common Room. Being the only other fellow Australian, he introduced himself to Clive and soon, including me in the group of “foreigners”, we went off to the pub a few streets from the college. Clive bought me my first drink of beer.

He was a talker, and though my circle of friendship increased in the following weeks, this group of Australians, Americans and myself met routinely in Hall. He could talk about anything, from Tom Paine to Tom Mix.

A few weeks into the term, I got into an altercation with someone who, without the least provocation, shouted some racist abuse at me and when I turned to challenge him, caricatured what he took to be an Indian accent. I think I gave as good as I got and turned to walk away when he grabbed me and attempted to kick me. Other undergraduates stopped the scuffle.

The incident was the subject of gossip through the college. At dinner Clive asked me what had happened, and recounting the escapade, I said, “He tried to kick me in the groins”.

John Hay immediately said, “Where was the other one?” and the group, all except Clive, laughed at my mistake. Of course I knew that groin was singular but, searching for the right euphemism confused it with “loins” and it came out as a plural.

“F*** them,” Clive said. The laughter stopped. I said I meant “groin” and Clive asked, “But did he get you in the groins?” and so I laughed and the moment of awkwardness passed.

Clive, having done a degree in Australia and spent time working between universities, was five or six years older than the rest of us undergraduates and, together with his fellow Australian, Germaine Greer, became one of the prominent figures in Cambridge. He was all over the place, writing for and acting in The Footlights, the university’s satirical review platform.

He was an active organiser of events and approached me to participate on two occasions.

The first was a reading of the poets of the 1930s — Auden, Spender, McNeice, etc. I was assigned several poems of C. Day Lewis, only realising later that Clive and the other readers thought my Indian accent was closest to that of Day Lewis’ Welsh.

Clive was obviously aware of which side I took in the great international political controversy of the day — the American Vietnam War. He had organised an Oxford-Cambridge debate on the war with Oxford being for the American presence to stop the spread of Communism and Cambridge being for the Vietnamese and Ho Chi Minh.

Our side took the debate seriously as did two of the three speakers from Oxford. The last of these, in a mockingly satirical mood, treated the subject as a joke and as an allegory of cowboys and Indians. It was clever and marginally funny but desperately irreverent to the subject and to the audience’s concerns.

We won the debate overwhelmingly, but I can’t help wondering to this day if the irreverent speaker was the Rhodes scholar later to become a very clever, if not-perfectly-behaved, President of the United States.

In the late 1960s, very many poetry societies existed in Cambridge, as they probably do today. Clive read his poems at these societies and distinguished himself and alienated the other poets by insisting that verse should be metrical and musical and by writing in strict if inventive rhyme. He openly mocked the free-verse practitioners as talentless versifiers — not exactly the way to win friends and influence poets.

In my final year, I inherited the role of editor of a poetry magazine called Carcanet. In its second edition, I featured 12 poems by Clive as I thought they were the best of the submissions we had received. The literati of the university didn’t like it and my editorial preference certainly earned me a few enemies.

In later years, our paths crossed at TV occasions. Clive was a famous, controversial presenter, though the volume of his biography covering these years is entitled The Blaze of Obscurity.

In these years Clive visited India and wrote a book about it which he called a “novel”. A British newspaper asked me to review it. I did and wasn’t very kind. When we next came face to face he mentioned the review but then conversed as though it hadn’t happened, recalling Cambridge days.

In his last years, knowing he was suffering from leukemia, he wrote three books with morbid ironic titles about waiting for the end. I recalled some of what I’ve written above in the last chapter of my autobio-memoir Cambridge Company as an affectionate letter to Clive. When in Cambridge, I cycled to his house to give him a copy. He was very ill and I wonder if he read it.