The idea of Hindu rashtra is vague

Prohibition of alcohol and cow slaughter already exist in our laws in some form and in many states. 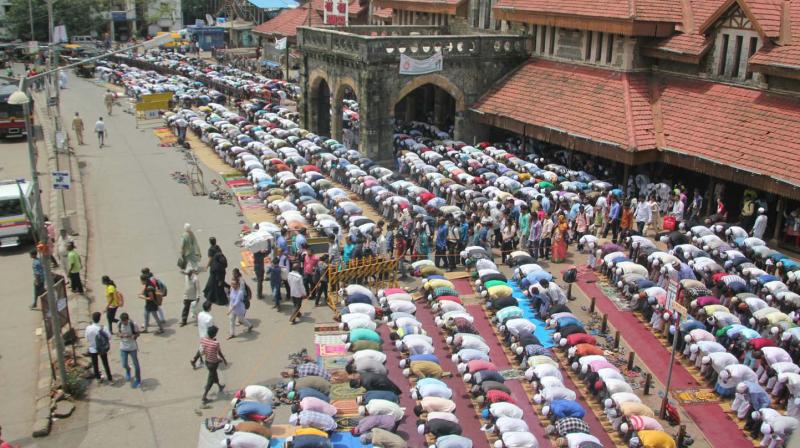 In some Muslim states, for example, there is a prohibition on alcohol and people are forced to shut their restaurants during the day in the month of Ramzan. (Photo: Mrugesh Bandiwadekar)

One of the concerns of people who are looking ahead to the 2019 election is the fear of “Hindu rashtra”. This is a concept that will pull India away from our current Constitution that is not religious, towards one that is. It will make India a more Hindu or fully Hindu state. The theory is that a second consecutive, and possibly sweeping, victory for the Bharatiya Janata Party will embolden it to add to the Constitution certain elements that will make it a Hindu rashtra.

I do not think that it is possible to have such a thing and I will explain why in a moment. I should start of by saying that from the point of view of individual rights, it does not make much difference which party governs India.

The organisation I am a part of has worked on Jammu and Kashmir for decades and the issues there in terms of excessive use of force and impunity of the armed forces is not recent and not a product of this government. Similarly AFSPA, the law which protects the Army from prosecution in our courts, is not the creation of the current BJP government. Any major problem that comes up when we think of individual rights of Indians and the suppression by the state is an old one.

Any issue, which relates to the rights of the weak in India, from dalits to adivasis to Muslims and other religious minorities, is not recent. The only new thing that the policies and rhetoric of this government has introduced is the meat-based lynching epidemic. But other than that, one could argue, things are not that different.

Secondly, as someone who has often been to Pakistan and has studied it for many years, I can report that life is not very different for the individual in a “religious” state over an individual in a “secular” state on the subcontinent. It is true that some of the laws in Pakistan are deliberately discriminatory against minorities. For example, the Constitution forbids non-Muslims from holding the office and President and Prime Minister. Also there is a Muslim community, the Ahmedis, who cannot freely practice their religion. But everything else is more or less the same as in India. Minorities are fewer in Pakistan but they have the same sense of insecurity and marginalisation that minorities in India do.

Let us now turn to what Hindu rashtra can be. There are two elements here, just as there are in any religious or theocratic state. One is that aspects of the religion’s values and its culture are introduced into the law. In some Muslim states, for example, there is a prohibition on alcohol and people are forced to shut their restaurants during the day in the month of Ramzan. Some of these things we already have in India. Prohibition of alcohol and cow slaughter already exist in our laws in some form and in many states.

The second is that the dividing of people by religion or gender and telling them what they can and cannot do. This is the deeper aspect of a theocratic state, and this is the one that people fear. The problem of a Hindu rashtra is that it has no text, which can be adapted to the modern world. The most prominent element of the Hindu way of organising society and the state is through caste. This is not acceptable to most Hindus. The dominant political communities across the country from north to south is the Shudra peasantry comprising castes like Patidars, Vokkaliga, Jats, Yadavs, Reddys and so on. Most chief ministers and ministers come from these castes. These communities are not going to give up their power to brahmins voluntarily because of some change in law. Hindu rashtra does not offer them anything they do not already have.

Similarly, dalits and adivasis, who are a quarter of our population, do not get anything under a Hindu rashtra and there is no reason for them to want it.

A system that privileges the Hindu religion and its adherents must necessarily look to caste, and that is a non-starter.

Till 2008, Nepal was the only Hindu state on earth. The Chhetri (Kshatriya) dynasty ended with the republic of 2008. Why was Nepal a Hindu state? Because executive power flowed from a warrior king, as prescribed in the Hindu code, Manusmriti. But Nepal was a “Hindu state” only to that extent. Nothing else from Hindu texts could be applied because much of it is against the Universal Declaration of Human Rights.

So what changes can be introduced to the Constitution to bring about Hindu rashtra? We can discriminate against non-Hindus and deny them their rights. Some of this we have already done. In Gujarat and Bihar, Christians cannot drink their sacramental wine and in most parts of India, Muslims cannot sacrifice a cow. Other rights we have not taken away officially but they are non-existent for all practical purposes. Muslims are not banned from becoming Prime Minister but it is unimaginable in this time to see that happening anytime soon. Indeed, Muslim representation in politics is at its lowest since 1947 and it is not even an issue in India.

We could go ahead and officially deny Christians and Muslims some political rights under Hindu rashtra. However, because Hindu rashtra also erodes the power and the rights of the majority of Hindus, we can be assured that this is not something that the BJP, or any other force can do. That is why the idea of Hindu rashtra and what it actually is remains vague and will always be so.