Let’s ask for the Kohinoor again!

Paul McCartney’s book will be much more fun — as this grand dad — rightly called “Grandude”, can really rock and roll. 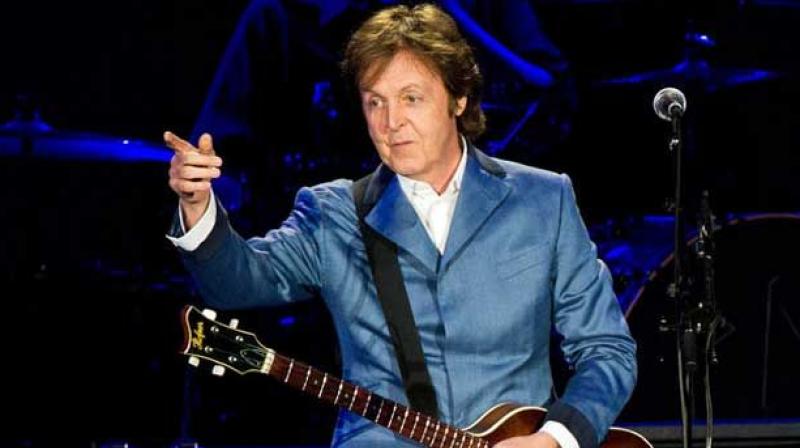 Imagine….. if you were Paul McCartney, would you also write a picture book for kids? Somehow McCartney reminds me of our very own Amitabh Bachchan — who can go on and on winning accolades creating a diverse career. McCartney is always in the news — and this book called “Hey Grandude” was actually inspired by one of his eight grandkids, who called him by that name — leading him to visualise a story in which a grandfather takes his grandkids on an fantasy adventure. In the book, he calls the children “Chillers”. Here of course it used in an upbeat manner — but it reminded me of Mira Nair’s film, Salaam Bombay, where “Chiller” was also used for children but in quite another context. The dystopian “Chiller” home was where orphaned and runaway children were kept. McCartney’s book will be much more fun — as this grand dad — rightly called “Grandude”, can really rock and roll.

It might be one of Shakespeare’s longest plays, but the recently opened production of Anthony and Cleopatra has been running to full houses at the National Theatre, garnering five star reviews . This latest offering, directed by Simon Godwin — has Ralph Fiennes in the lead as Anthony, while Sophie Okonedo plays Cleopatra. It was delightful to see a multicultural cast — and, for once, the modern day costumes — and references to a modern war, through clever use of stage props and electronics did not jar. The contemporary feel is well done — and the acting was excellent — dominated by Fiennes, bare chested and slightly overweight, who padded over the stage like an ageing gigolo. The only criticism I had of the play was that both Fiennes and Okonedo failed to ignite the stage with passion when they were together. The middle-aged romance often appeared a little too hilarious for the audience which (shock and horror) laughed at times quite inappropriately . But then one remembers that in Shakespeare’s days many of the productions were performed in front of very ordinary folk — and these plays were meant to be bawdy — bringing royalty down witha bang. People would have enjoyed the conspiracy and hilarity at the end of working day — but alas, the awe in which we had held Cleopatra certainly swam into oblivion. Okonedo carried off being sad or comic with aplomb, but was rarely regal. And certainly not the beauty who sailed down the Nile. Fiennes —especially when he interacted with Caesar and Pompey came across with much more majesty . Nonetheless —the play must not be missed, nor must the live snake (a very special act — nipping at Cleopatra’s bosom) . The production was truly spectacular. One of the advantages of living in London. And it must be remembered that the National Theatre is supported largely through private endowments. Indians are also stepping forward to support the arts — as we have already seen in the Partition Museum as well… but one hopes that many more will also contribute towards building up a theatre movement in India — independent of the government.

Speaking of museums — there are an ever growing number of countries asking that the “loot” from the colonial years be returned. The latest request comes from the Solomon Islands. The Oceania exhibition that is on right now at the Royal Academy of Arts in London has generated a furore over some of the exhibits. For instance, a crocodile-shaped trough, seven metres long with a human head in it. It was brought back by Captain Edward Davis , in the late nineteenth century — and later given to the British Museum. The human head embellishing it gives a whole new dimension to the term “headhunters”, which apparently those who lived on these islands indulged in. Now the director of the Solomon Islands National Museum, Dr Tony Heorake, has said that these abducted trophies must be given back so the local historical culture could be preserved. …..Well, this is a concern that India has been raising for a long time. Just as material was divided between India and Pakistan after the Partition — why can’t the British Museum evenly divide their collections with the countries that the material was taken from? After all, why should indigenous cultural heritage belong to the colonisers? Can we politely ask for the Kohinoor? Or shall we begin to make lists?

Two years ago there was a horrific case in the UK: a severe allergic reaction caused by a Pret A Manger artisan baguette, which led to the death of a teenager. The coroner’s report finally came out, this week. Apparently, this fast food international chain is not mandatorily required to reveal the entire list of all the ingredients within the food products, especially not that of freshly made sandwiches. This led to the tragic demise of a young girl in 2016 who was allergic to sesame seeds. She had eaten the baguette at the airport, without knowing it contained sesame seeds  — and shockingly the airline also could not provide her the urgent help she needed. She died in flight while travelling with her family. This is a wake up call for all — and it is something that we must all request for even in India — where many of these chains now have branches . All ingredients in all edible products must be labelled clearly. And airlines must be properly equipped and trained for medical emergencies! No sandwich is going to look innocent to me, ever again.