Why I am proud to be a woman of colour

Politically, most of the Indians I met were staunch Narendra Modi supporters. 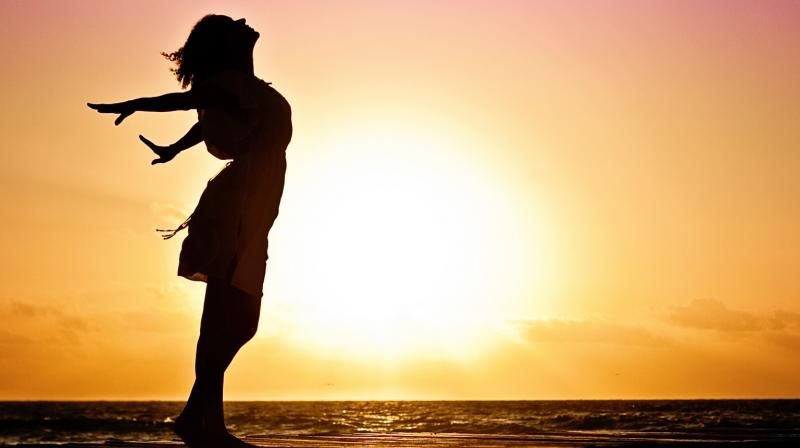 Frankly, I had never thought about my “colour” — this is true. I am Indian. We have skins of varying shades and colour. Yes, of course, we are obsessed by light complexions and the fair and lovely fixation has always had the nation firmly in its hold. But I had honestly paid zero attention to my own skin tone. That is, till last week.

I was on my way to Boston, to participate in “Sanskriti”, a charming litfest organised by the quaintly named “Calcutta Club”. Seated next to me on the unending flight from Zurich was a lady of means, going by her pearls, diamonds and designer handbag. She was on her way home from Montenegro and called herself a world traveller. I asked her if she’d been to India. And she said “yes” somewhat cautiously. She worked for a tech company and that had brought her to Pune quite a lot, with frequent stopovers in Mumbai. She had also made the mandatory trip to view the Taj Mahal. Well informed, clever and articulate, I figured we’d have a good conversation over lunch. Which we did. Her experiences in India hadn’t been all that positive, she said. As a woman, she did not feel safe and was advised not to venture out on her own. I held my peace, going by the recent global survey that placed the safety of women in India at an alarmingly low position. Even so, she seemed keen to discuss her issues with Indian men — they stared too much and too hard, they did not respect personal space, they came a bit too close... the usual narrative. There were exceptions, she graciously added. Like the chauffeur who also doubled up as a bodyguard in crowded markets. Good, I cheerfully agreed. Imagining that was the end of this particular topic. But no, she wasn’t done. She pointed to her coiffed hair and stated the obvious: “I am blonde.” I said yes, I had noticed. She added: “I am white.” Ditto. Noted that, too. She sighed. “Maybe that was the problem. I attracted too much attention.” By then, I was nibbling on Swiss cheese and fiddling with the television touchscreen, to indicate, “Lady, I’m done.” She wouldn’t take the hint. She leaned forward to ask: “As a woman of colour, travelling to America, are you afraid?” I was puzzled. First, by her description. Then by the question of fear. I smiled: “Should I be?” Well, she answered carefully, there are problems in reverse here too. What sort of problems, I wondered aloud. She went on: “As a woman of colour, you may feel discriminated against in certain situations...” I switched my attention to Black Panther and turned my face towards the screen.

Here’s the good part : Once I had seen the last of her, I had the most wonderful time. Yes, as a “woman of colour”. People were extraordinarily helpful and kind, no matter what the situation and where I went. It was a short, three-day trip to America and back. But during those three packed days, I managed to interact with so many fantastic people. “Sanskriti” itself attracted a good crowd of booklovers who had travelled from Chicago and beyond to attend the event, buy books (Mine sold out! Forgive me for boasting...), interact, eat desi khaana (mango lassi, anyone?), buy Tangail saris and dokhra necklaces (early Puja purchases), and generally bond. Most of those present were serious geeks, making serious bucks. Their kids, raised as American bachchas, continued to blend cultures in a way I found most admirable. Bengali kids not only conversed with one another in fluent, accent-free Bengali, their parents had ensured that they learnt Rabindrasangeet along with the piano, and were familiar with traditions back home. These kids had studied in state-run schools and secured admission into Ivy League colleges, the same ones that their parents had passed out from. I met kids studying at MIT and Brown, Harvard and Vassar. Like their hard-working parents, they had made America their home, without turning their backs on India. Most of the women were scientists and engineers, dressed in business suits by day and colourful saris at functions like “Sanskriti”. They were all interested in Bollywood but not obsessed by it. A beautiful half-German, half-Sardar girl of 19 was a self-taught dancer, whose moves to difficult film songs (not popular item numbers) were so graceful that I asked if she was considering a career in Bollywood someday. She blushed and looked at her parents for approval.

Politically, most of the Indians I met were staunch Narendra Modi supporters. They kept repeating “He is good for India”, like Narendra Modi was a multi-vitamin pill. I reserved my views. Not because of any other reason than to save my breath for a more engaging debate. As I was leaving for the airport, I did ask one of my hosts how she felt being a “woman of colour” in America. She seemed genuinely puzzled. It had not occurred to her till that moment that she was slotted in such a category. I was equally confused. When I got back to Mumbai, I asked an American friend to explain. Perhaps this is the version I had missed: “Caucasians are white people. African-Americans are no longer referred to as blacks. The Chinese, Japanese and Koreans are Asians. Pakistanis and Indians are in between. Like South Americans. They are loosely called ‘people of colour’.” Got it. Proud of my colour.