In India’s Socialist era, directors such as Hrishikesh Mukherjee dealt with class struggles, but caste has always been an untouchable. 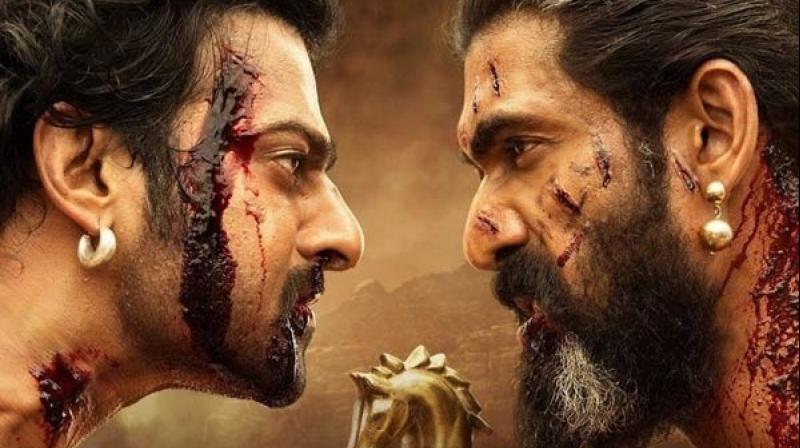 A still from Baahubali 2: The Conclusion

India has a unique problem of caste system. The complex situation is intricately woven into the socio-economic fabric of the nation. The Census of 2011 recorded over 20 crore people belonging to various scheduled castes in the country. Of which, almost half of the population belong to four states — Uttar Pradesh tops with 20.5 per cent of the total scheduled caste (SC) population, followed by West Bengal with 10.7 per cent. Bihar with 8.2 per cent and Tamil Nadu with 7.2 per cent are third and fourth. Dalits form around 16.6 per cent of India’s population.

However, the most prominent voice of the country, its cinema, has mostly overlooked their stories. A recent case in point is the blockbuster Baahubali 2. The film has managed to earn a whopping Rs 1,000 cr at the box office, but it also drawn flak for the depiction of caste politics in the movie. Critics have noted how the filmmakers have got the caste politics all wrong.

But why put Baahubali on the stake in isolation? Indian mainstream cinema has never been particularly interested in showing us hard realities anyway. Leaving aside a few recent films (read, Sairat), it’s interesting to see how mainstream Indian cinema has often kept aside the depiction of caste from the narrative. Most often, the protagonists of the stories come from the upwardly mobile (if not filthy rich) milieu. While lower caste protagonists are a rare sight in Indian cinema, filmmakers often confuse their identity and end up portraying them stereotypically as either dimwits or awaiting validation from upper castes (Lagaan or Swadesh).

According to Avinash Das, who recently directed Anarkali of Aarah, ignorance on the writer’s part is the primary reason. “Writers who provide content to Bollywood are not clear about caste,” says Das. “Most Bollywood filmmakers are from Mumbai and have not faced caste issues. So, their stories are not rooted because they have never had such experiences.”

Das also feels that filmmakers almost subconsciously end up depicting the protagonist as someone from the upper caste and the antagonist from the lower caste groups.

Anjum Rizvi, producer of films like A Wednesday thinks otherwise. “The assumption that Bollywood films encourage or portray caste hierarchy is not true. There may have been some films in the past that did so but that does not mean that Bollywood has made stereotypes,” says Rizvi.

“Even in Baahubali 2, the portrayal of the protagonist as the son of a slain king becoming the saviour does not necessarily hint at caste or class hierarchy. In fact, Bollywood has always shown the male protagonist to be belonging to a poor family without referring to his caste or class. Hence, to assume that Bollywood is encouraging stereotypes is not right. On the contrary, modern day films have ensured that a progressive society is portrayed to the masses as films go a long way in moulding the opinions of  people,” Rizvi says.

Traditionally, commercial cinema has been meant, almost deliberately,  to be fantasy, fulfilling latent dreams and desires. In such a context, films shouldn’t be provocative but aspirational for the masses. It is the audience that decides the content of   films, says Nilesh Girkar, writer of Sarkar trilogy. “Bollywood does not decide the content or context of a movie, rather it is the choice of the audience that the film world panders to. Amitabh Bachchan played a doctor in Anand, but he got fame by playing the roles of a labourer, a taxi driver or a coolie, which implies that people like to see films that portray the rags-to-riches story and the success of the protagonist in overcoming obstacles to achieve success,” he explains.

Film historian S.M.M. Ausaja concurs. In fact, according to him, Indian cinema has long been about class wars. “Look at all the socialist cinema of the past. Be it Raj Kapoor, Bimal Roy or Mehboob Khan, they always looked at the class issue —how the capitalists were exploiting the poor,” says Ausaja.

However, in the end, marketability and censorship are the basic reasons why Indian cinema has avoided delving into the complex caste phenomenon. “In the past, there were films like Imaan Dharam and Ganga Ki Saugand, which had to deal with serious censorship issues,” Ausaja says, adding that the Censor Board has distinct rules in place for art-house cinema and commercial cinema. The latter is supposed to not provoke or incite any kind of debate. “What would the producers prefer — an easygoing film liked by the masses or to fight with the Censor Board?” he says.

However, things are changing,  affirms Das. “I would say people will notice a huge shift in Bollywood soon, because I have interacted with a few people who are planning to make films that deal primarily with caste politics,” he says. 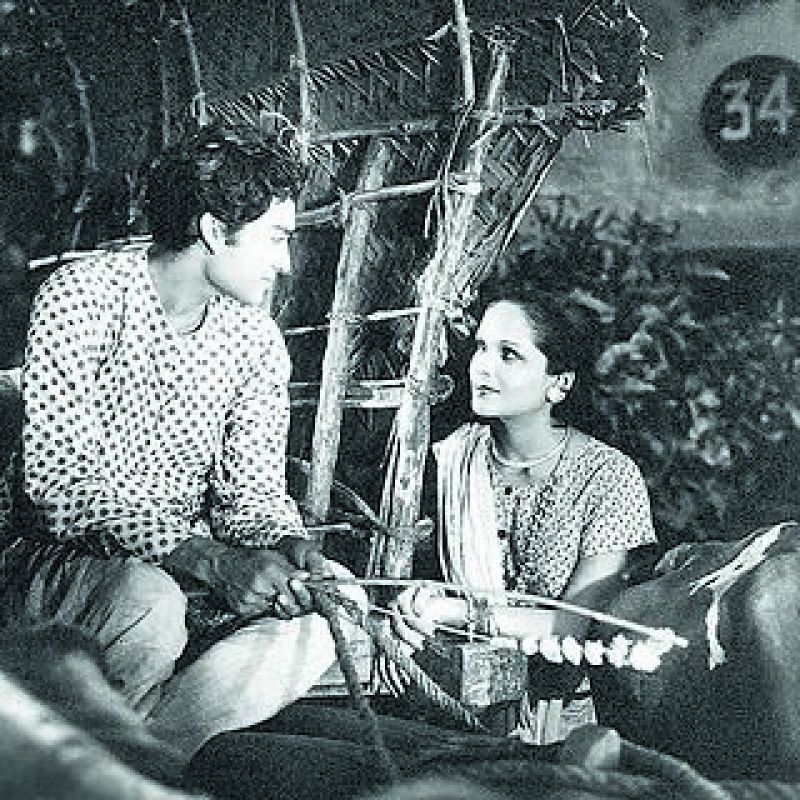 Notable films
Achhut Kanya: 1936
The film was a brave attempt to portray the love story of an upper caste boy and a lower caste girl. A young Ashok Kumar played the role of the Brahmin boy and Devika Rani was the daughter of a lower caste Railway signal operator. 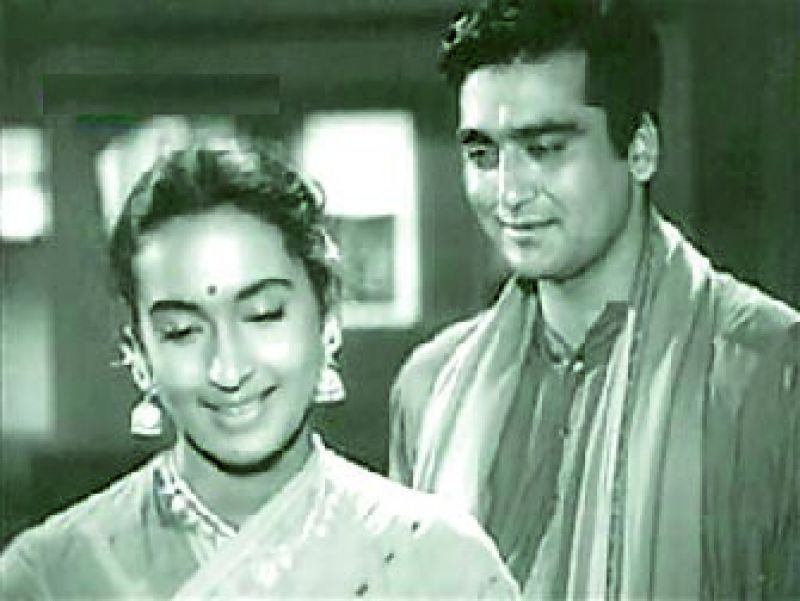 Sujata: 1959
The film dealt with inter-caste marriages. Sujata is an orphaned Untouchable girl, raised by Brahmin parents who are unable to entirely accept her as their own daughter due to her “lowly” birth. Sujata ends up craving for their love and to be identified as their daughter and not “like their daughter.” Adhir, a young Brahmin man, who was to marry her foster sister, falls in love with Sujata, instead, despite knowing her caste. 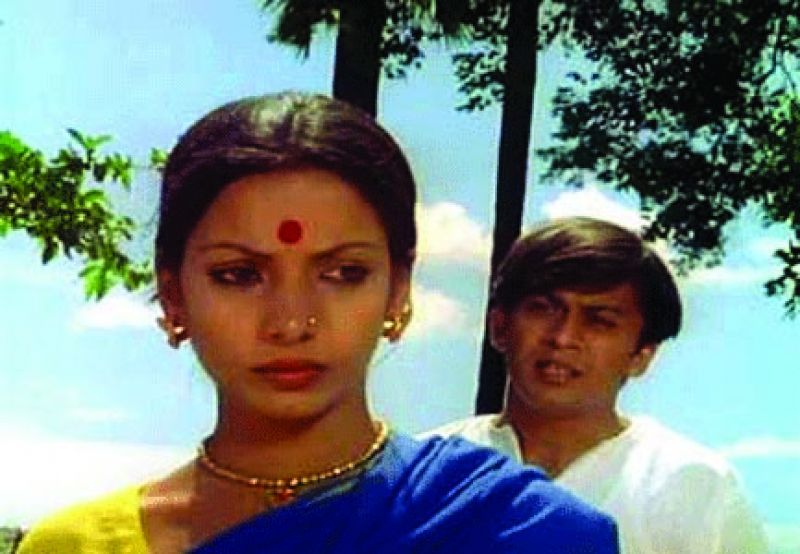 Ankur: 1974
The film is set in a village farmland where a landlord’s son Surya, who was forced by his father to leave his studies and look after the family business, is attracted to his maidservant Laxmi. Surya criticizes the caste discrimination and eats food cooked by his Dalit servant, but the film realistically portrays Surya as being driven by lust not a genuine dislike of the caste system, which he later perpetuates to punish Lakshmi’s husband. 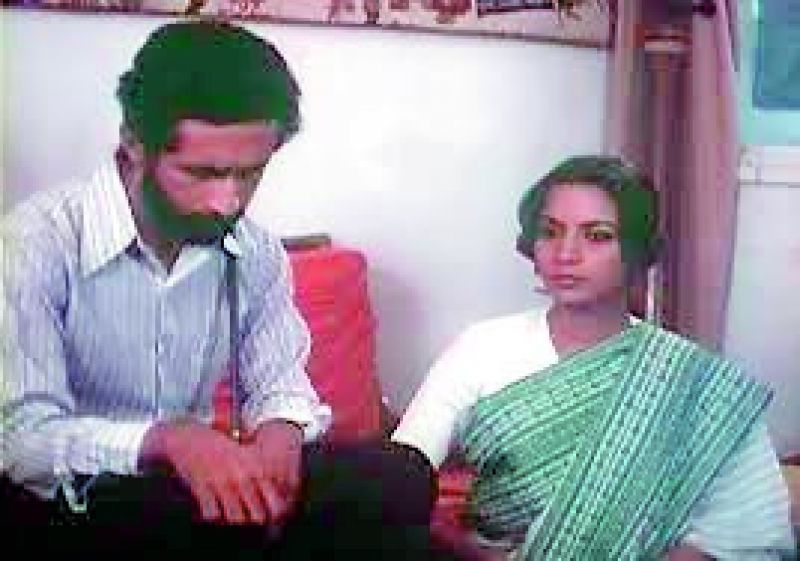 Aakrosh: 1980
In this Govind Nihalani film, Lahanya Bhiku a low-caste, poor and illiterate tribal, is accused of having murdered his wife Nagi. The truth is, the woman was gang-raped and murdered by the bigwigs of the village. Lahanya refuses to speak, even to his sympathetic lawyer, who has risen from a poor background. While on death row, he is brought to perform the last rites of his dead father, his hands and feet shackled. As he circles the burning pyre, he lets out a final cry of anguish (Aakrosh) and slays his young sister, lest she befall the fate his wife did. 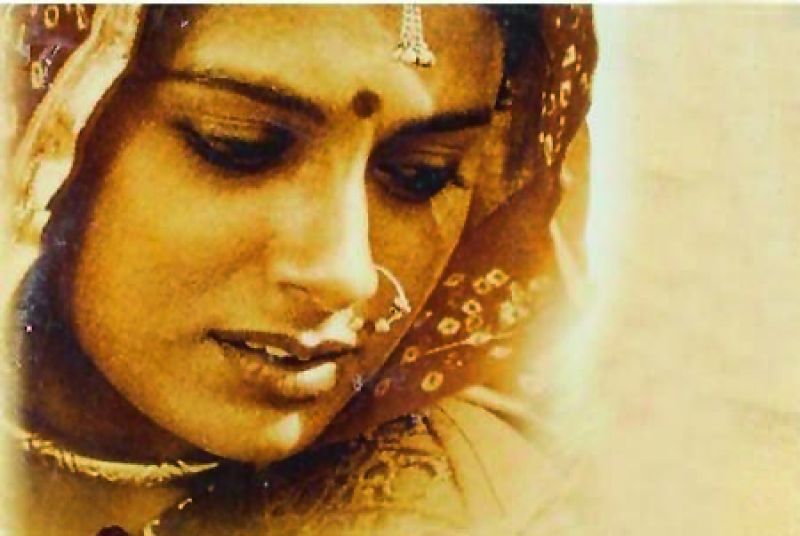 Bawandar: 2000
Bawandar is based on the true story of a woman who fought against all odds and emerged victorious. Saanvari, an untouchable, was gang-raped by upper caste people for her involvement as Saathin in an awareness campaign to eradicate the tradition of child marriage. The villagers, mainly from Gujjar community, severally beat her and rape her in front of her husband. In court, the judge acquits the rapists, saying that no one could have committed such a crime in front of their family members. 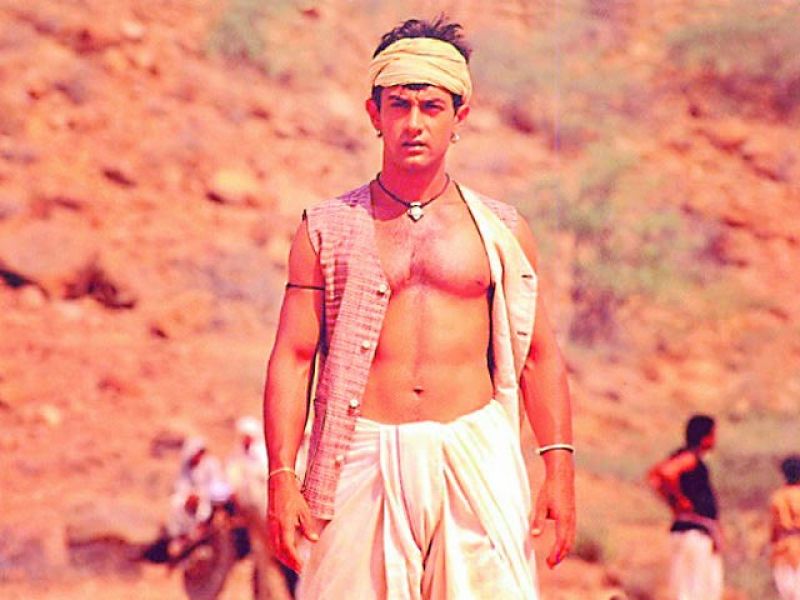 Lagaan: 2001
Caste is not the central theme of Lagaan, but comes up only in relation to one of the characters, Kachara, an Untouchable, whose name itself means garbage. He is portrayed as the man who proves key to the village cricket team’s victory over the English Saahibs, despite his disability.