Parents, don’t hold back girls, stand by them

Aruna Gogulamanda
Aruna Gogulamanda is a bilingual poet, essayist and motivational speaker based in Hyderabad. She is educated from HCU and gender and caste are her primary areas of research.

The girl didn’t feel comfortable sharing her problem with her father. 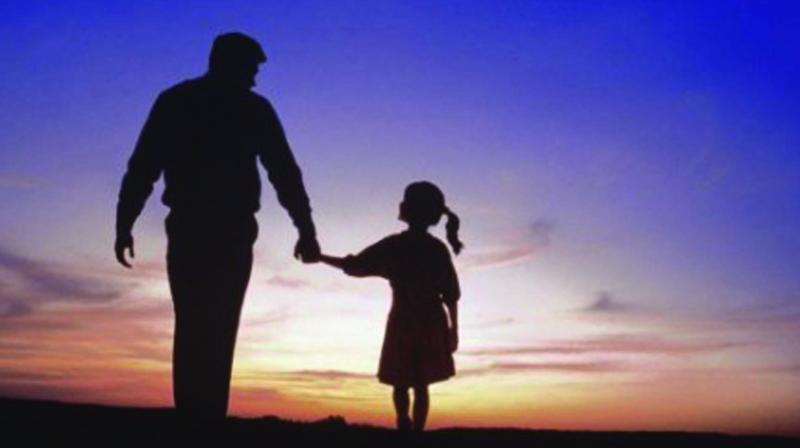 I keep advising the girls to talk to their parents, even if it’s not easy for them to do so. Indian society remains conservative even over 70 years after Independence.

The other day, I sat with my daughter who is a Class 12 student to watch Maro Charitra, a Telugu blockbuster movie of the 1970s. In fact, it was I who had suggested the film to her when she insisted upon watching a film of my choice that day. A K. Balachander masterpiece, Maro Charitra had created history in those days, and it has remained a classic which movie buffs love to watch and debate about even today.

My daughters and I keep discussing contemporary movies and they have their share of complaints about the manner in which women are portrayed in them. As teenagers, they chafe at the misinterpretation of women everywhere around them, and I feel it is justified for them to react the way that they do. Both of them are also annoyed at the way men stare and make faces at girls every day, at bus stops and other public places.

While I keep explaining to them how the world has been hostile, historically, to the female of the species, I also tell them that it’s a world not only for men but for women as well, and all of us need to work on correcting the image of women, since we are all here to live, and not just to exist.

So now we were all set to watch the movie. My daughter put on a long face as the movie started, seeing a black and white image on the monitor, but I asked her to watch the movie without any commentary till it was complete, since it’s not a movie of her times and would surely be different.

My daughter gave me a nod and we went ahead. Slowly, she got engrossed in watching old Vizag and my thoughts rolled back to the days of my watching the film. In fact, even I had been looking forward to watching it again one of these days, just to see how I relate to it now, as an older person. I remember myself and my younger brother watching it with great enthusiasm as teenagers during the 1990s, when it was telecast on a Sunday evening. The movie gave me great pain for it ended in tragedy. I loved the music and the portrayal of the cute friendship between the boy and the girl. When my girls were critical of movies like Arjun Reddy and the very recent Sarileru Neekevvaroo, on grounds that they are misogynistic and that they ignored realities concerning women, I thought that they need to watch some good movies of the olden days which presented women as fellow human beings deserving of respect.

As I watched the film, I was struck by the scene of the bookstore. The shopkeeper’s sexist remarks angers the heroine every time she goes to the shop. What I did not understand was why she did not stop going there and why she did not share the problem with her father who was friendly to her, unlike her mom. Taking advantage of her silence even after repeated sexist remarks and growing jealous of her love towards another man, the rogue goes to the extent of misguiding her parents. That the otherwise bold and open-minded girl took such a serious issue so casually without suspecting that it might snowball in the future was the real reason behind the tragic end of the beautiful love story.

Being a writer, poet and public speaker on issues of gender and problems faced by young people, I keep receiving calls and messages from youngsters every day. Teenaged girls often share with me how boys and male teachers in their colleges harass them regularly and how they fail to share the same with their parents, fearing that that would put a stop to their studies forever. What’s worse, parents themselves can’t handle these problems. They misperceive them as ones that bring disgrace to the family. So they go for the easy solution of restricting the girl’s movements and keeping her indoors. Even in instances in which parents have sought police help, the girls were victim-blamed and confined to the four walls of the house.

I keep advising the girls to talk to their parents, even if it’s not easy for them to do so. Indian society remains conservative even over 70 years after Independence. Here, teenagers are always looked upon with suspicion and mistrust, as if they have come from some other planet. Parents don’t interact with them as they might have done when they were children. This, and their teenage hormones that add to the distance, contribute to what we know as the infamous generation gap.

In India, we celebrate teenage love in the movies but reject it if it happens in our own homes. In our society, falling in love or showing an interest in the opposite sex are considered serious crimes. Not only girls, but boys, too, do not usually discuss these issues with their elders and end up seeking the help of friends, who are equally uninformed and inexperienced. It leads to them getting badly hurt.

I could see the same problem in the movie. The girl didn’t feel comfortable sharing her problem with her father. Being young and unaware of the conspiracies that the world had woven around her female self, she went on enjoying her happy-go-lucky days. I don’t know how the movie lovers of those days interpreted the reasons for the ending, but I understood that youngsters need to be given space to share their thoughts with their parents and teachers. They should be allowed to speak out their fears and concerns so that so the untimely end of so many innocent lives in the name of love can be stopped forever.